It's such a misconception that actresses -- any woman for that matter -- are on a downwards slope when they hit 40. 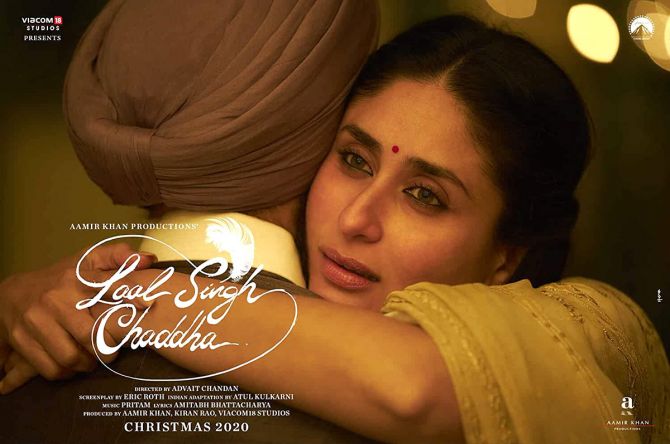 Forty and fabulous is true.

At 40, she kicked solid butt as Furiosa and stole a march on Tom Hardy's titular character in Mad Max: Fury Road.

'It's such a misconception that actresses -- any woman for that matter -- are on a downwards slope when they hit 40,' she says.

Back in Bollywood too, 40 is looking better than ever for our leading ladies.

Once relegated to playing bhabhi or mommy roles or entirely disappearing from limelight to focus on her family life, the Hindi film heroine is staying put.

Though the likes of Sharmila Tagore, Shabana Azmi, Rekha, Dimple Kapadia, Raakhee and Hema Malini have stayed active well beyond the big 4-O, it wasn't as mainstream as one would have liked.

As the latest entrant in the 40s club, Kareena Kapoor is juggling her personal and professional worlds just fine. Earlier too, marriage to Saif Ali Khan or raising the most famous kid in the country never came in the way of her job.

The actress worked all through her first pregnancy and soon after it.

Ditto for next one on the way due in early 2021. As is her big movie Laal Singh Chaddha opposite Aamir Khan, an official remake of Forrest Gump.

Sukanya Verma looks at how other notable actresses have fared after turning 40. 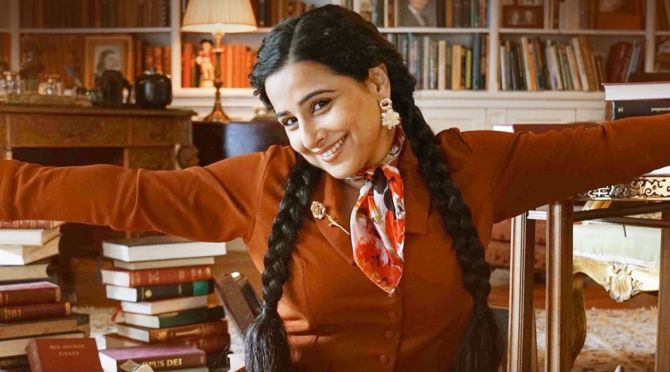 Hailed as one of the keenest actors of her generation, Balan never allowed the relentless focus on her appearance to define her choices. Instead, her ability to surprise the audience in roles of substance makes her a treat to watch film after film.

At 41, she's already played mother of teenagers in Mission Mangal as well as an aged mathematician and grandmother in Shakuntala Devi.

Ageing is not an issue as long as she is at the centre of all action. 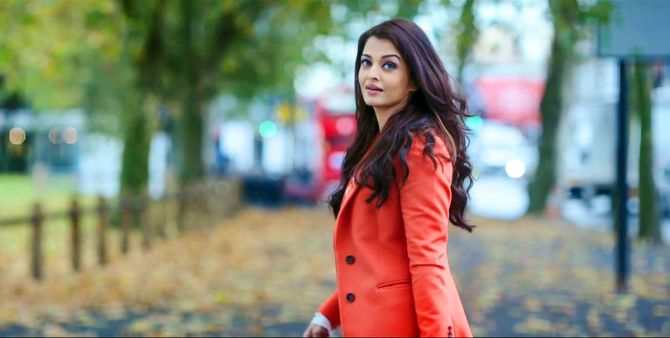 Following her daughter Aaradhya's birth, Ash took a brief break from movies and returned a few years later to star in author-backed roles for unremarkable fare like Jazbaa and Sarbjit Singh.

Even though her last release Fanney Khan didn't create any ripples, the former Beauty Queen gets full marks for glamour.

Aishwarya's next will reunite her with director Mani Ratnam, under whom she has acted in films like Iruvar, Guru and Raavan. 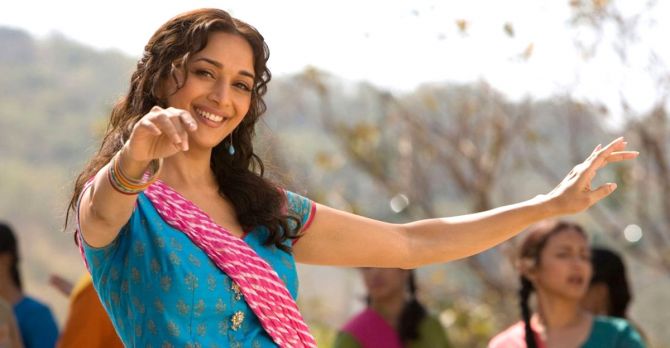 After ruling the roost for the longest time, Madhuri married Los Angeles-based cardiovascular surgeon Dr Sriram Nene and shifted base to USA.

At 40, she made her comeback with Yash Raj's dance drama, Aaja Nachle. The film didn't do well at the box office, but Madhuri's dancing fervour earned praise. As did her enigmatic performance in Dedh Ishqiya.

Between acting, judging talent shows, producer duties, online dance projects and turning singer with Candle, the actress has ticked quite a few boxes.

She's all set to make her OTT debut on Netflix for a Karan Johar production. 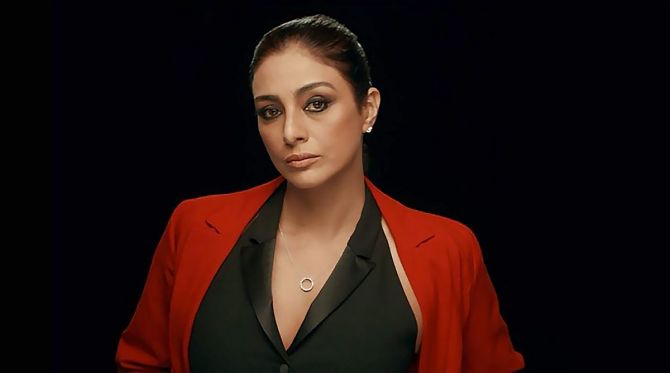 She received a Padma Shri and continued her upward climb.

It could be a small role in an internationally acclaimed film like Life of Pi or a meaty one of Shahid Kapoor's mom in Vishal Bhardwaj's Haider, or a cold hearted killer in Andhadhun, Tabu's massive talent comes in deliciously unpredictable packages.

We are anxious to catch her in Mira Nair's adaptation of A Suitable Boy next. /p>

At the peak of her career, Kajol married Ajay Devgn and took a couple of breaks to focus on her role as mom to Nysa and Yug.

Though her return to screen after she hit 40 wasn't all that encouraging given the disastrous response to her reunion with Shah Rukh Khan in Rohit Shetty's Dilwale, Kajol fared superbly opposite husband Devgn in 2020's biggest hit, Tanhaji.

Up next, the actress is scheduled to appear in another home production, the Renuka Shahane-directed Tribhanga for Netflix. 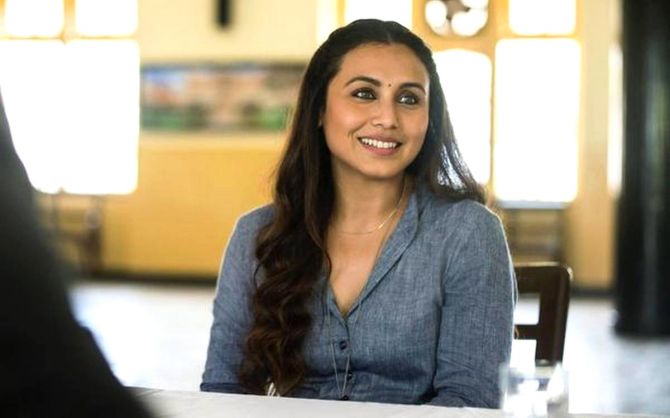 With age, certain actors acquire more heft and finesse in their performances.

Like Rani, even if it's exclusively for her home studio Yash Raj Films only.

The actress stepped into her 40s with a stutter in Hichki.

As the teacher conquering her Tourette syndrome while uplifting the academic standards of her errant students, Rani delivers a knockout performance.

Equally formidable is her no-nonsense cop act in a sequel to Mardaani. While on sequels, so is her next,, Bunty Aur Babli 2 co-starring Saif Ali Khan, Siddhant Chaturvedi and Sharvari Wagh. 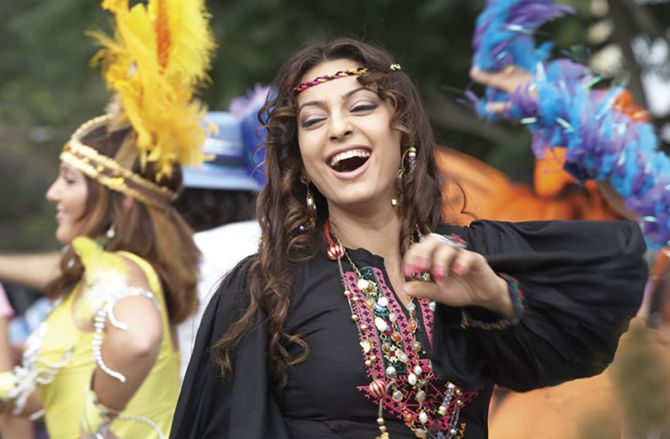 By the time Juhi Chawla touched 40, she had graduated to doing supporting roles or ensemble dramas like Salaam-E-Ishq, Luck By Chance, Kismat Konnection, Paheli and I Am.

But it's her enthusiasm for breaking her image in Gulaab Gang where she faces off Madhuri Dixit or showcasing it to the hilt in Ek Ladki Ko Dekha Toh Aisa Laga that's gathered most notice in a while. 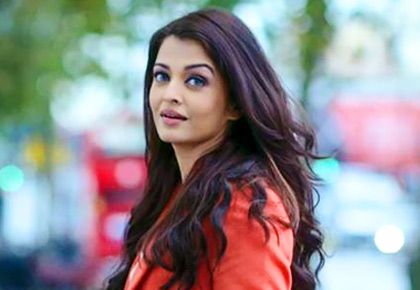 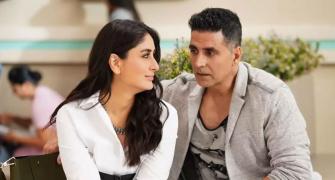 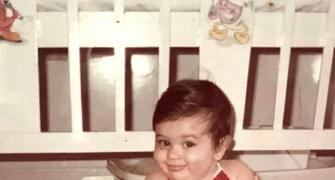 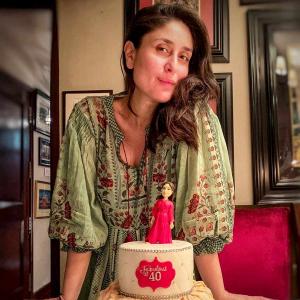 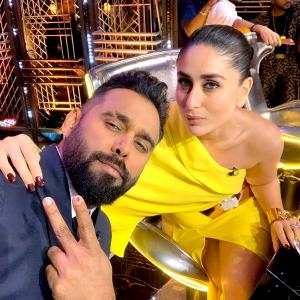