Perhaps, they never did.

After all, actresses like Hema Malini, Dimple Kapadia and Jaya Bachchan have had a fruitful career after having children.

With Kareena Kapoor pregnant with her second child, and Anushka Sharma with her first, Joginder Tuteja looks at the careers of the newer generation of mums over the years. 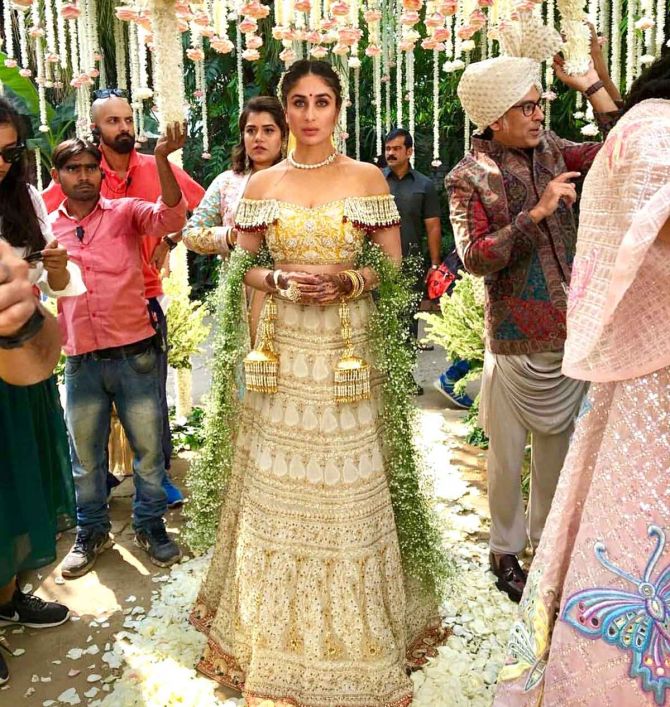 Kareena Kapoor Khan remains at the top of her game, even after giving birth to Taimur.

In fact, her brand value has consistently been on the rise with last year's Rs 200 crore club blockbuster Good Newwz where, incidentally, she played a mom-to-be.

It looks like the Aamir Khan starrer Laal Singh Chaddha, which will release after she has her second baby, will add to her blockbuster list. Rani Mukerji returned to the movies after tdaughter Adira's birth and has enjoyed a 100 percent success rate, thanks to Hichki and Mardaani 2.

Among mums who are still active in Bollywood, Kajol has done the maximum films.

The gorgeous mother of teenager Nysa and 10-year-old Yug has seen hits and disappointments since, even as her performances in films like My Name Is Khan and Fanaa have been notable.

Earlier this year, she enjoyed her career's biggest blockbuster, Tanhaji: The Unsung Warrior. 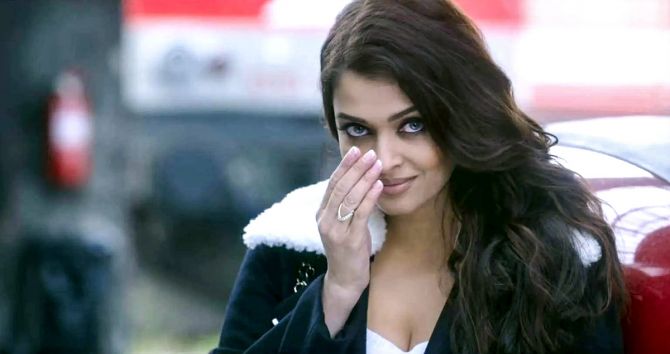 Aishwarya Rai Bachchan took a four-year sabbatical after having Aaradhya, and returned with Jazbaa.

She had an author-backed role in the film but it fared average at the box office.

Though Sarbjit flopped and her presence in Fanney Khan went unnoticed, Aishwarya showed made an impression even in a smaller part with Karan Johar's Ae Dil Hai Mushkil. 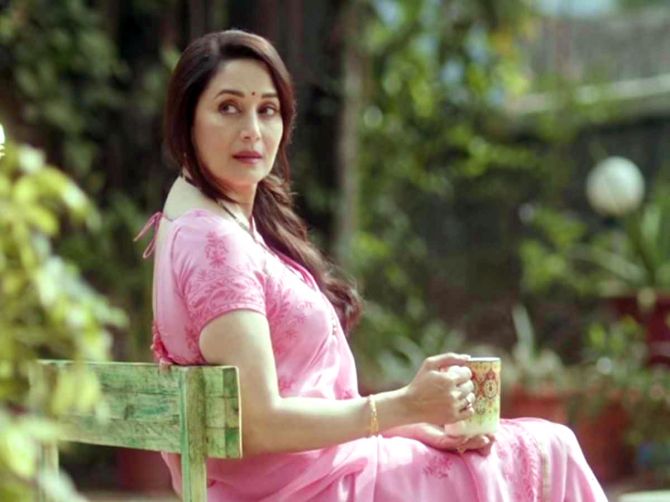 Even though Madhuri Dixit was among the top stars in her time, her comeback -- after having sons Arin and Ryan -- wasn't well received.

After Aaja Nachle, Dedh Ishqiya and Gulaab Gang were critically acclaimed, but flopped.

It was her hosting skills in Jhalak Dikhhla Jaa that worked, followed by the comedy Total Dhamaal. 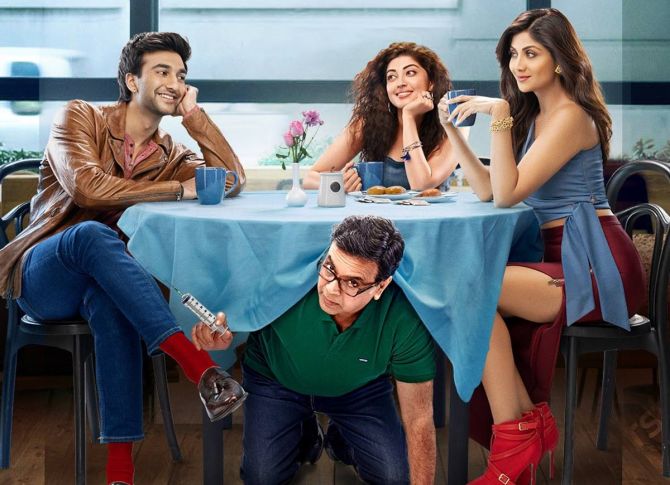 Shilpa Shetty has stayed off films for a long time, but she has been busy as a host across various television shows.

This year was meant to be special for her, as she had films lined up for release, Hungama 2 and Nikamma.

While the former is a comedy by Priyadarshan, the latter has Heropanti Director Sabbir Khan as director.

Her comeback has now been shifted to 2021. 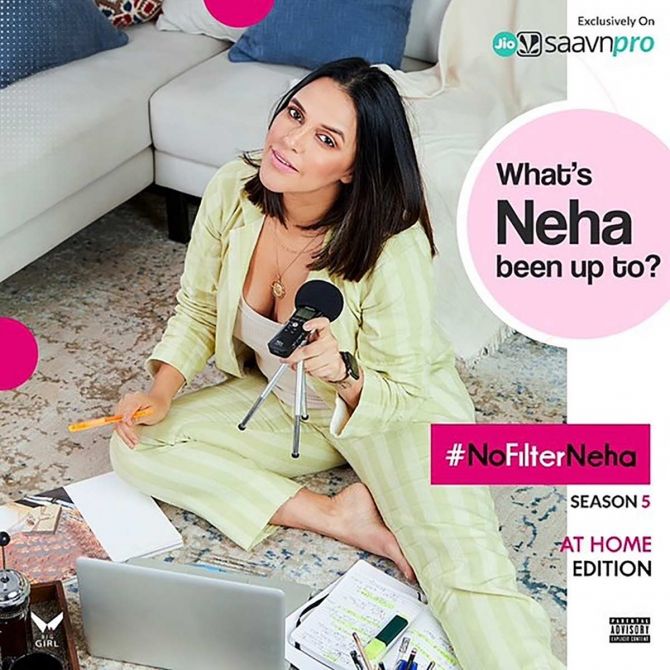 Neha Dhupia's wedding and baby -- the cute Mehr -- seemed quite sudden, but the actress restructured her career well and is now known for the shows she hosts.

Neha has made a name for herself with talks shows like #NoFilterNeha and BFFs With Vogue, both of which have found an audience. 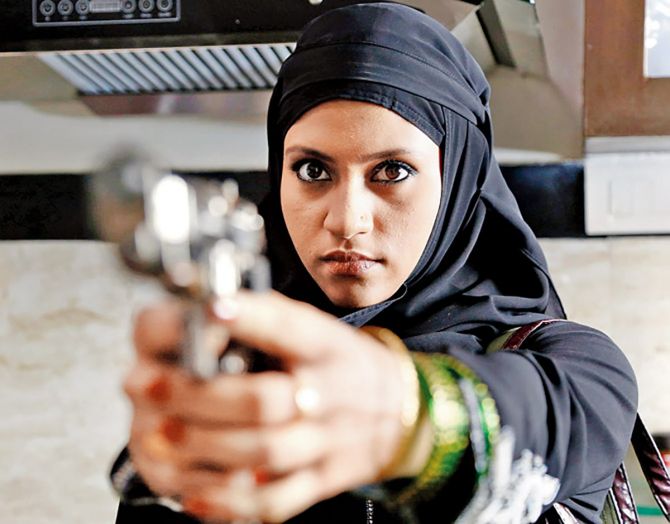 IMAGE: Konkona Sen Sharma in Lipstick Under My Burkha.

For a major part of her career, Konkona Sen Sharma has worked on parallel films and after the birth of her son Haroon, there has't been a change.

She has been a part of hit films like Talvar and Lipstick Under My Burkha, and recently, impressed everyone once again with Dolly Kitty Aur Woh Chamakte Sitare.

She has also debuted as a director with the lovely A Death in the Gunj. After the birth of her children Ranvir and Rasha, Raveena Tandon took a long break from films.

She returned with a cameo in Amitabh Bachchan's Bbuddah... Hoga Terra Baap, but it went totally unnoticed.

Her offbeat affairs Maatr and Shab didn't even get a proper release.

This year could have been a turning point for her as she would have been seen in the eagerly awaited KGF: Chapter 2. That has been shifted to 2021. 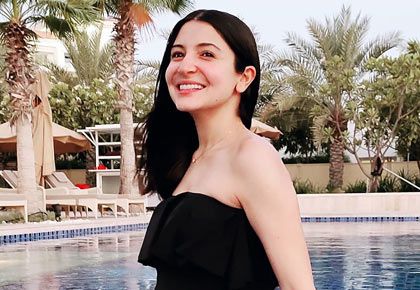 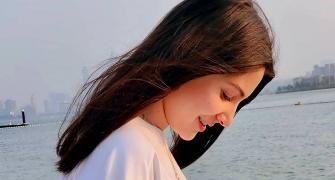 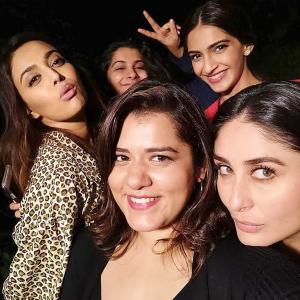