Rakesh Roshan: I can't imagine making a film without Hrithik 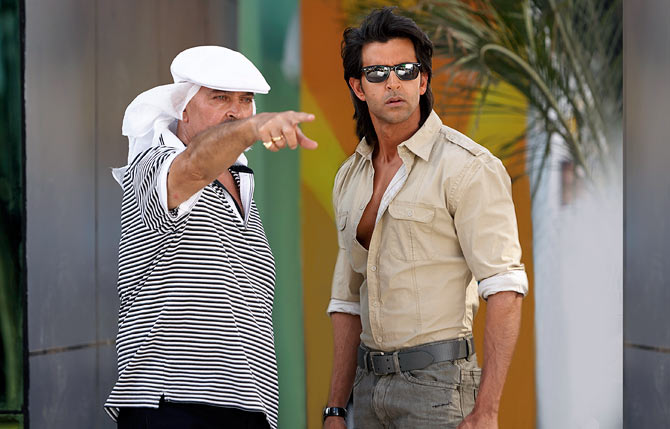 Rakesh Roshan may have completed 25 years as a director, but the man is still nervous about his Diwali release, Krrish 3. This will be the fourth time he is directing his son Hrithik Roshan.

Just days before the release of the sci-fi film on November 1, the 64-year-old director is still going through the last minute details at his plush office in suburban Mumbai.

The promos of Krrish 3 have generated enough buzz, and is already being compared to Hollywood's X-Men.

In his interview, Hrithik had claimed that the comparisons were good but Roshan Sr disagrees. “There are no similarities with X-Men. I just get inspired by Hollywood films.”

In this long conversation with Sonil Dedhia, Rakesh Roshan talks about his movies, and why he won’t make a film without his son Hrithik.

It’s been a decade since Koi... Mil Gaya released. How do you look at the journey?

When I made Koi... Mil Gaya, it was a different subject, about an alien landing on earth. At the point of time, it was a difficult film for me to make.

We continued with the film and made a sequel, Krrish, in which I had the task of establishing Krrish as a superhero. It was again difficult as it was probably the first superhero film in India.

When I made Krrish 3, my biggest dilemma was how to make a super villain. As Krrish has been established as a superhero, I was looking to sketch a super villain character who had more powers than Krrish.

To make a villain is very easy in Hindi films but to make a super villain in a convincing manner is very difficult. As Indians, we are not trained to make films like Krrish.

It has been an exciting journey. With Krrish 3 set to release, I am feeling as excited as a small child. 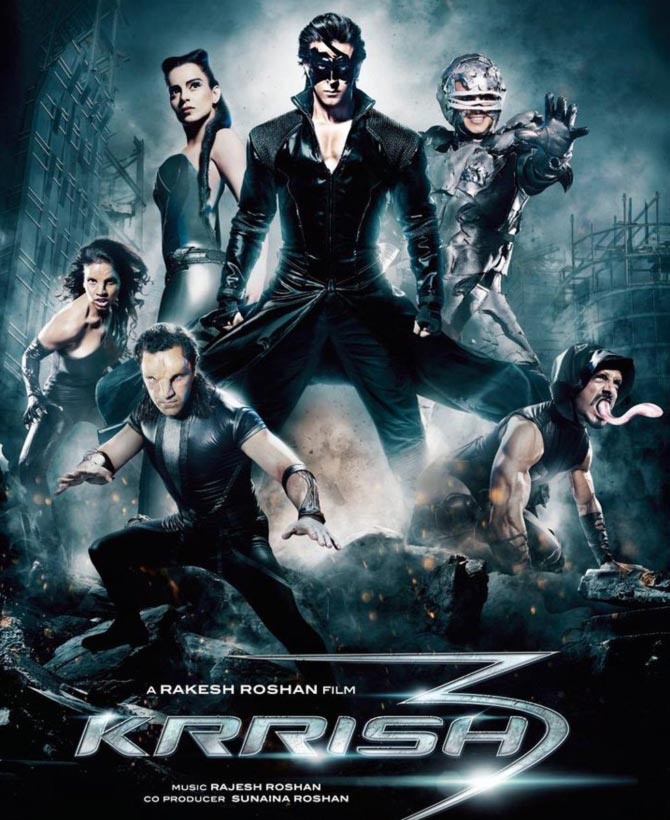 Krrish 3 took three years to make. Did the sci-fi films that released in the West during that time give you jitters?

They make movies for $400 million and we make films for Rs 100 crore. Their one action sequence is our whole film.

We give more importance to the content of the film. We give more values to every character than they do, so we score over there.

How do you keep yourself updated with the whole VFX space?

You imagine a certain thing and if your VFX guy says it is possible then you go ahead with it. If not, then alter it.

The VFX of the film is done by Indian companies (Red Chillies and Pixion). Wasn’t it risky to get all VFX work done in India when everybody in the industry prefers going abroad?

If we give them time and teach them, they will make mistakes but rectify them. That’s why I gave them one-and-a-half years. We rectified a lot of things. Each shot used to take 25-30 revisions. Now they are experienced. I can make another film with them easily. 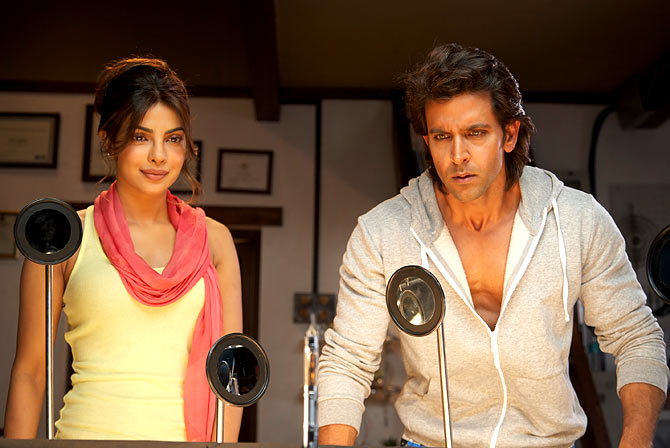 When you say that you see a lot of films with special effects, are you referring to Hollywood superhero films?

No, not particularly superhero films. I see every film. Every Friday I see every Hindi film and Hollywood film that releases.

Have you taken references from any film for Krrish 3? Apparently there are similarities with X-Men. The mutants in your film are similar to the mutants in the X Men series.

There are no similarities with X Men. People who don’t have any work will say anything.

I know what I have made and I am responsible for it. I wouldn’t want to get my name spoilt by making a copy.

I have been inspired by them. I webbed in the mutants. The way I have shown them has never been done in Hollywood. I haven’t taken any references from any film.

A superhero film has got its own world. It is a universal subject which can’t change. When I say I watch a lot of films, it means movies of any genre.

If I like a scene it remains in my mind sub-consciously. I don’t copy that but I do take inspiration from it and do it in another way. 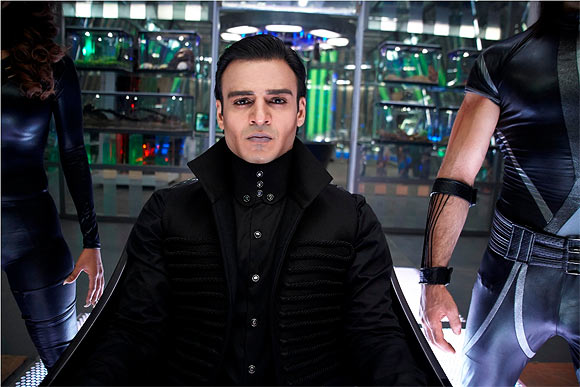 You mentioned in an interview that you had not expected to make Krissh 3. So was making the third installment a business proposition or a creative call?

It was completely a creative call. I saw all the three parts of Lord of the Rings and I realised how the story continued. So I thought, why can’t I make three-four installments where the story continues with the same actors? That gave me an idea.

The idea that Jaadoo came and gave powers to Rohit and went away in Koi Mil Gaya was accepted by the audience. That became my base. So the powers from Rohit came to Krishna and how Krishna, at one juncture when he is supposed to hide his capabilities in Singapore and yet save people in the circus, turns into Krrish.

He actually turns into Krrish after half the film. So it took me one-and-a-half films to establish a superhero. Once I established the superhero, I wondered, now what? I should make a film with a super villain now. So that’s a creative call and not a commercial one.

Was Krrish 3 written keeping a super villain in mind rather than the super hero?

In Indian films the audience needs content and I wasn’t getting good content which would satisfy me. I made two scripts and I wasn’t happy with either. So I started working on some other subject.

But at the back of my mind Krrish was still there. Any other subject at that time wasn’t challenging me.

What made you choose Vivek Oberoi to play Kaal?

I’ve always thought Vivek was a good actor. When I was writing the script I had him in mind. But I wasn’t sure whether he will do a villain’s role because he was doing hero-oriented films.

I called him to the office and I asked him to read the script and give me his opinion. After two hours he came to me and asked whether I wanted him to play Kaal.

The moment I said yes, he agreed to do the film. What Vivek has done in the film I can’t see any other actor doing.

'Kangna Ranaut had initially refused to do the film' 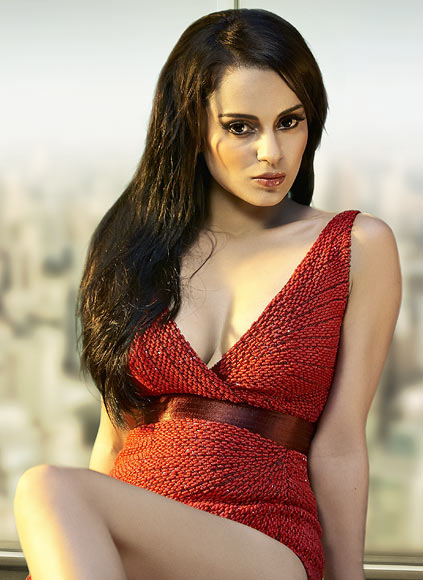 What made you cast Kangna Ranaut? There were reports that she had refused the film.

Yes, when I first went to Kangna she refused to do the film. I don’t know why.

Then I tried other actresses but I couldn’t get Kangna out of my mind because when I was writing the script I had her in mind.

I went back to her with the bound script. She read the script and called me within three-four hours and said she wanted to do the film.

She told me later that she was a little scared because Priyanka is there in the film and that her role might get chopped in the end.

Was the thought of being overshadowed by Priyanka in Kangna’s mind because she got a raw deal in Kites, which you produced?

Director Anurag Basu knew Kangna very well, I told Anurag to tell her what the role is about. He spoke to her. I don’t know what conversation they had.

Yes, Kangna must have felt bad as her role was edited. But being a producer, I had no hand in that. 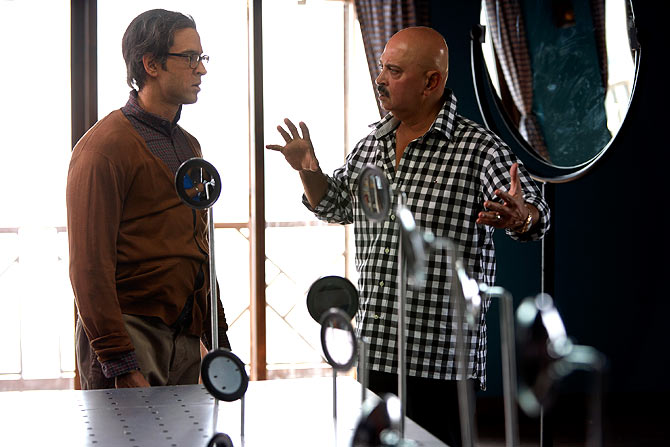 Since Kaho Na Pyaar Hai you have only made films with Hrithik in the lead. Would you ever make a film without him?

Why should I? People will call me a fool that I have such a talented son at home and I am working with somebody else and taking his shit all day long.

I tell Hrithik to get up in the morning at 6 o’clock and come on the sets, and he comes.

Has it become impossible to visualise a film without Hrithik?

It is impossible for me to visualise because whatever story I am visualising I am keeping him in mind.

'On the sets, Hrithik is an actor and I am a director' 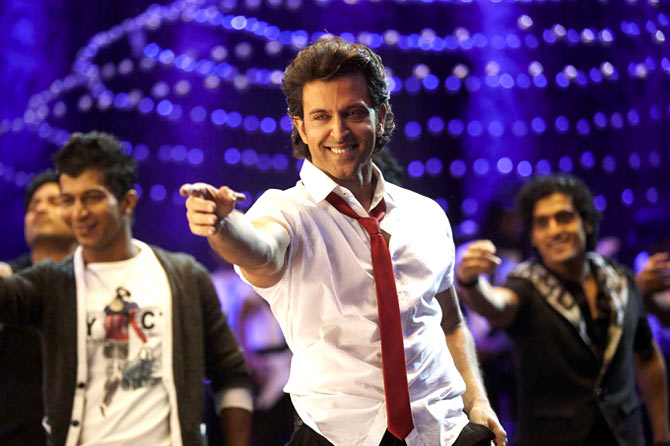 Does the personal relationship ever take precedence over the professional? When Hrithik underwent brain surgery, did you feel torn between being a producer and a father?

Yes, of course. A father’s emotion is different from a producer’s. Suppose in a running film if anything happens to the actor, as a producer it affects you. But as a father you have all the sympathies.

I am a human being. I am not a superhero. When Hrithik underwent surgery, my film was over so there were no worries as a producer. But as a father I was worried.

Are any liberties taken between father and son during the shooting of the film?

If there’s anything being done for the good of the film it isn’t liberty. If he can give one more shot then I will ask him to. On the sets, he is an actor and I am a director.

Even when he was my assistant and we were shooting, we used to have breakfast at the same table, but I used to go back in my car while he would take an auto. When we went abroad for shooting he would stay with the unit sharing a room with four people and not with us in a five star hotel.

That’s how I taught him. There were so many times he would say, “Papa my bathroom was very bad I couldn’t take a bath, can I have a bath in your bathroom?” I would allow him but that doesn’t mean I was allowing him to take liberties.

How do you see his transformation?

He is still a learner.