Priyanka Chopra: I feel awful when my films flop 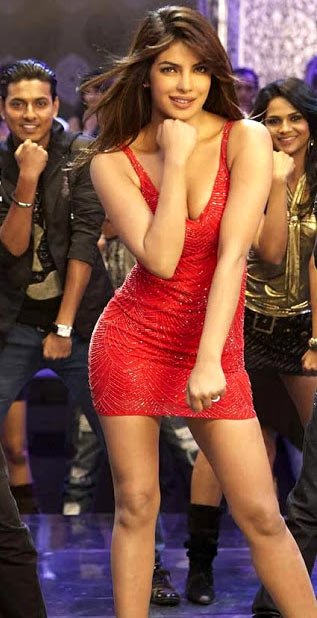 After a two-hour-long wait, Priyanka Chopra finally shows up for the interview, and she apologises for the day.

“Sorry to keep you waiting. I have been under the weather,” she says, as she rushes in.

Priyanka may be unwell but the svelte 31-year-old actress looks terrific in a black leather skirt and white top.

In a brief conversation with Sonil Dedhia, Priyanka talks about her role in Krrish 3, her career as an international singer and why she doesn’t have plans to get married any time soon.

Your last release Zanjeer was a big dud at the box office. What do you think went wrong?

If I had been the maker of that film, I would have known what went wrong.

I am an actor, a small part of the film. I did my best and the rest is up to the audience.

Of course I felt bad as I had a lot of expectations. But I don’t concentrate on these things and move on to my next film.

Every film has its own destiny.

After so many successes does a flop film still affect you?

Of course it does. It affects me mentally and personally. I feel awful. But at this stage in my career, it doesn’t affect me professionally.

My films are releasing almost back to back. After Krrish 3, my next film Gunday releases in February. Then comes the Mary Kom biopic. I don’t have the time to sit and dwell on a film not doing well.

'Kangna and I get along really well' 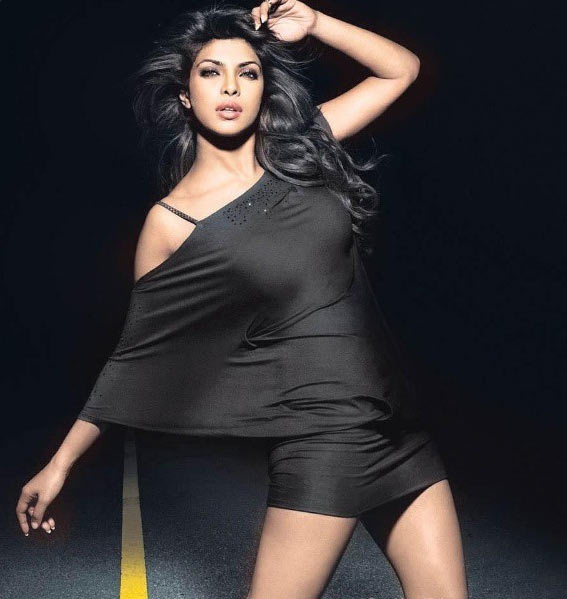 Are you playing a double role in Krrish3?

I am not doing a double role but it is a dual role.

I am playing Krrish’s wife Priya Mehra. I go from being a good wife to being an evil one.

It is the duality of good and evil which is very interesting.

Usually in superhero films girls don’t have anything to do; they are just damsels in distress. But since I have a dual role in Krrish 3, it’s really interesting.

Kangna Ranaut in her interview said that she initially turned down the film because she was worried about being overshadowed by you.

A lot of girls rejected that role. It is really stupid to do so because it is an amazing role.

I am the heroine of the film and that is how it is. Of course you are bound to feel ‘what is my part going to be’?

But her character is credible and interesting. If I had the opportunity to do it I would have done Kangana’s role in the film.

In fact, when Rakesh sir (the film’s director Rakesh Roshan) hadn’t got anyone for the role, I told him I was ready to play that part as well.

But I am happy Kangna has done the role. She has done an amazing job. She looks fabulous. Playing a mutant is the new thing for Hindi cinema.

Do you think the reports are true? When you see us together promoting the film, then come and talk.

We get along really well.

'I am a complete bad ass' 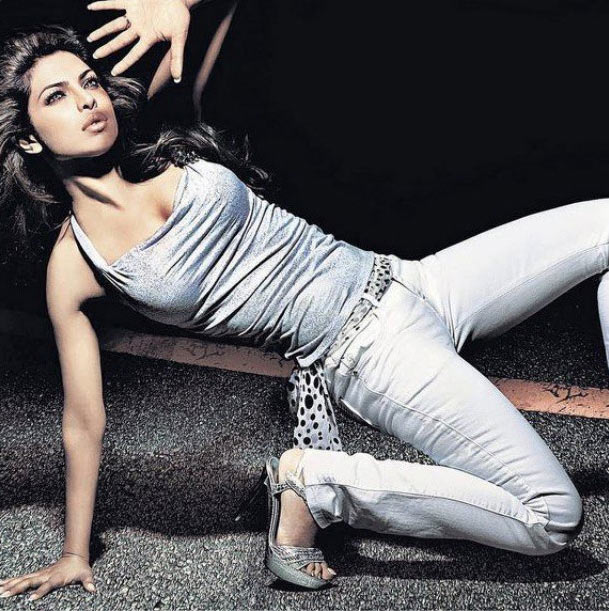 Has there ever been in a situation where you felt little insecure about your presence in a film?

In my first two films, I came after the interval and died before the climax.

I have learnt that a film does not run because of the length of anyone’s role. It works if the script or the story is interesting.

I have done many two-heroine films and it doesn’t bother me at all. In Krrish 3. I am the heroine of the film.

If the whole film works, then it works for me. If it doesn’t work, and I am the most important person in the film, then what is the point?

You were interested in playing Kangna’s role in the film which means you wouldn’t mind playing negative characters?

I am a complete bad ass. I feel I am good when I am bad (smiles). I did Aitraaz and 7 Khoon Maaf where I played a negative character.

I don’t really think that since I have done a positive role, I should back it up with a negative role. I am fortunate to get good scripts, which are really interesting. 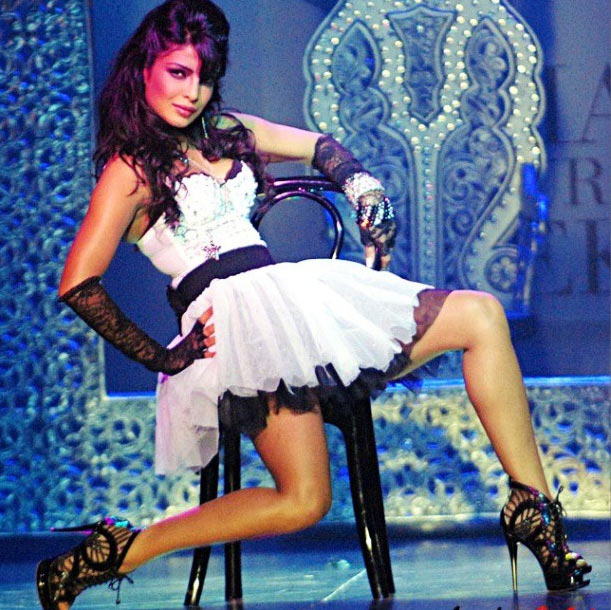 You collaborated with US singer Will.i.am for In My City and worked with US rapper Pitbull for Exotic. Anyone else you’d like to collaborate with?

I would like to collaborate with Beyonce and do a full-on girl power song.

I wouldn’t mind collaborating with Honey Singh. I love him. It would be interesting to work with him.

Has being a top Bollywood actress made it easier for you as a singer internationally?

What was easy for me is the opportunity. What was difficult was learning music and how to sing.

Although I knew how to sing, it was difficult to get it across in a professional way and pursue it professionally.

They picked me because I am a successful actress. But the rest of it has been hard.

Tags: Beyonce , Pitbull for Exotic , In My City , Honey Singh , US

'My song in Ram Leela is like a modern mujra' 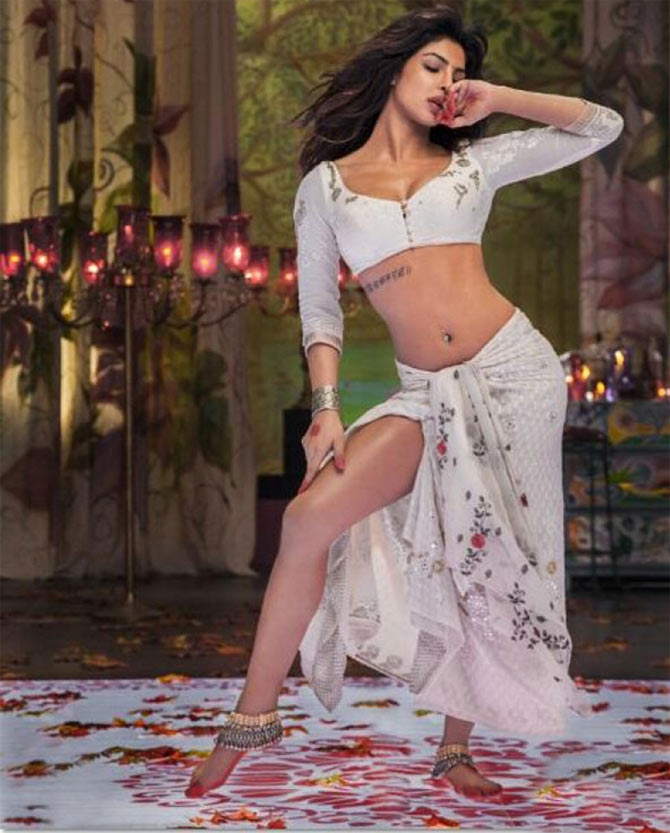 How do you plan to take your singing career ahead? Also can we see you doing Hollywood films?

For me, my music is an extension of my creativity. I am an actor, but I am a creative person too. I am handling two careers and it’s difficult to handle both of them at the same time. I am glad that both my singles have done well, but I will take time to really settle down in my music career and hopefully my new album will be out next year.

As far as Hollywood movies if it happens its great. But I want to do things that no one has done before. I want to be a game changer. I wouldn’t mind doing a playback for other heroines.

Your ‘item song’ in Ram Leela has been much appreciated.

It feels nice when my audience and my fans like what I do.

It’s a beautiful song, which has a trippy feeling. I would term it as a modern mujra, which hasn’t happened in Hindi cinema for a long time. 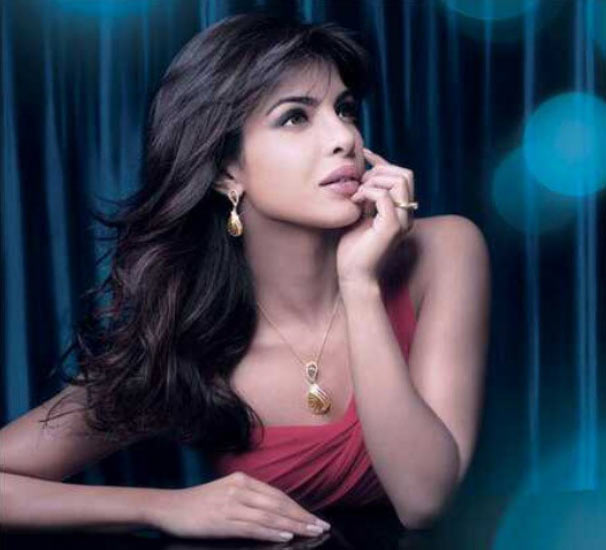 How are you doing with your preparations for the biopic on Mary Kom?

Just check out my biceps when the film comes out (laughs).

Jokes apart, it is the most physically challenging and draining film I have ever done.

I don’t think I can push myself beyond this. I had to learn the body language of Mary Kom. I trained myself in boxing. I would be boxing for more than six hours a day.

People know Mary Kom as a big star or know her because she has been featured on magazine covers, but what we want to show in our movie is her vulnerable side and her real story.

Your brother recently got engaged…

(Interrupts) I know what you are going to ask so before you complete the question, no, I am not getting married anytime soon (smiles).

It was my brother’s decision and we all support him. I don’t have any pressure from my family to get married.

I haven’t yet found the special one with whom I would like to settle down.