Sign in  |  Create a Rediffmail account
Rediff.com  » Movies » Kangna: It's disappointing to call me second lead in Krrish 3

Kangna: It's disappointing to call me second lead in Krrish 3 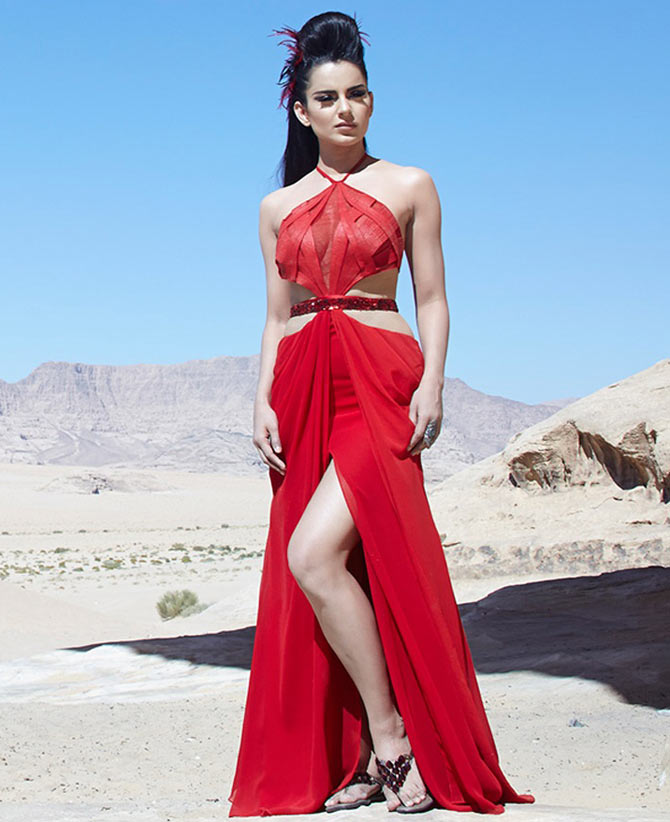 Kangna Ranaut has become one of the trendiest women in Bollywood today.

And her looks in her upcoming film Krrish 3 are just as fashionable.

She plays a mutant in the film, co-starring Hrithik Roshan and Priyanka Chopra, and has had to do some difficult stunts.

But it's all in a day's work for this heroine.

Kangna discuss the film with Sonil Dedhia, and tells us why she was skeptical of signing Krrish 3, the challenges she faced, and why she doesn’t like being called the second lead.

You play a ‘villain’ in this film. Did you think that may be risky when you first read the script?

I wasn’t really hesitant. It was an exciting role. Initially, my dates did not match. Then the schedule changed and I did not do Dedh Ishqiya and chose this. 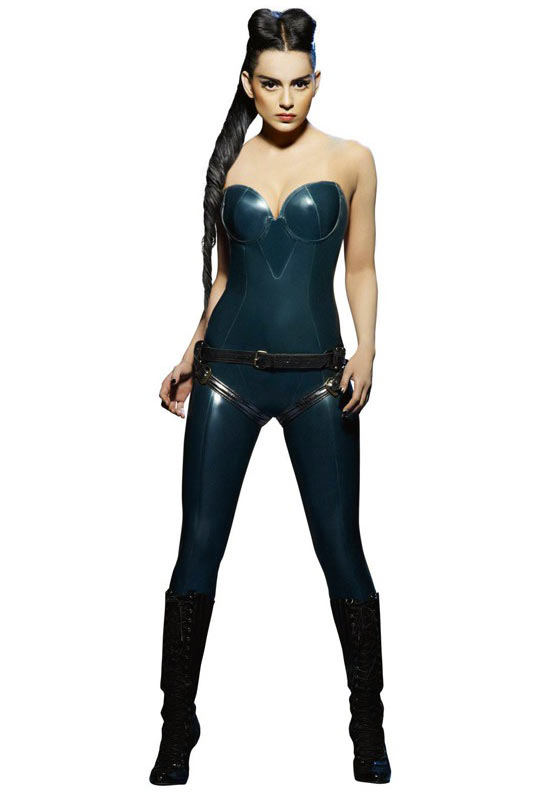 We learnt that you were unhappy with the script primarily because you were concerned about the length of your role as opposed to Priyanka Chopra’s?

I was concerned about it keeping the experience of Kites in mind. In that film, the outcome was not the same as the script narrated to me. But that was a different director and a different film.

Rakesh Roshan, the director of Krrish 3, said he was not part of Kites and he was hardly involved in it. But Krrish 3 is his film and he does not have a reason to do the same.

I was convinced that he is a man of his word, and he did exactly what he had promised me.

That is very flattering. We all saw Dark Night Rises and we were amazed that the character of Anne Hathway is so much like my character.

But the fact is that Dark Night Rises came out in 2012, while we had started working on this film in 2011. So we had no clue about it.

The similarities are sheer coincidence. It’s good in a way as somewhere we are thinking in the same zone. 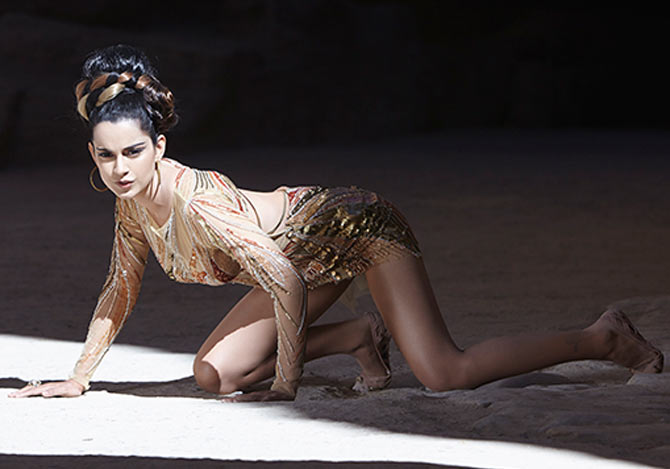 I haven’t seen X Men. We must wait for the film and then decide and talk about it.

How did you go about working on your character? Did you seek inspiration from anywhere?

My inspiration came from the script. I hardly see (Hollywood) films like X Men. The mutant’s character is not like them; she is beautiful, fierce but she is also someone who is human and not fully animal.

The script was my guide and I followed it. 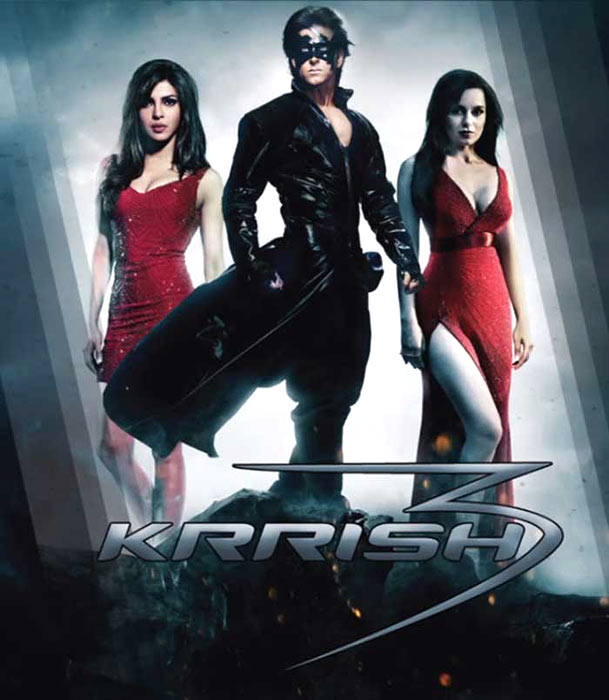 Image: Priyanka Chopra, Hrithik Roshan and Kangna Ranaut in the poster of Krrish 3

Were you concerned that you were playing second lead to Priyanka Chopra?

It sounds very disappointing to call me a second lead. It makes me feel that I have done nothing good to deserve something good in life.

She is not a regular girl; she is a mutant and is an important part of the film. This is definitely not a two heroine film. We are not both fighting for the boy.

But we do see you romancing Hrithik in the promos…

This is a different kind of love story and it is tricky. I am glad that these people came up with such songs. There is no other way of promoting films in India than having a song, so you show a mutant and a superhero romance each other.

And Hrithik has three roles in the film and you don’t know who is romancing who.

'I don't mind dying on screen' 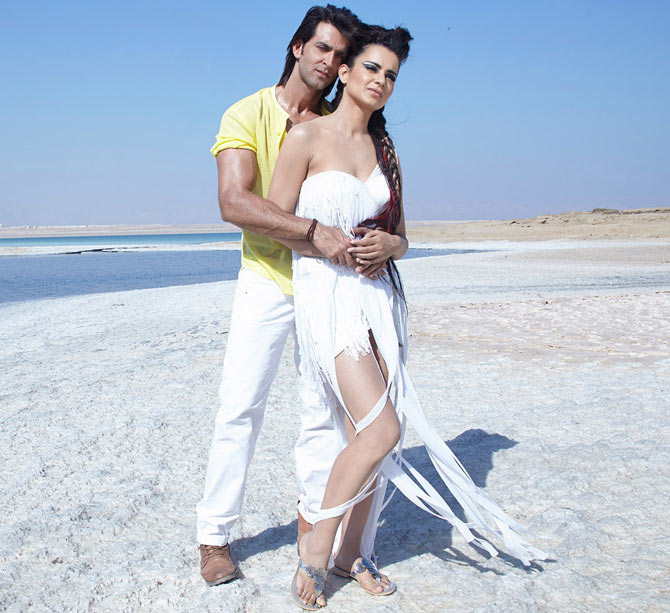 Your character dies after a while in the film. Did that concern you?

I die in most of the films I have acted in and those films do well. I don’t mind dying on screen.

Did you have to come out of your comfort zone to play a superwoman?

It was very difficult. Even the way I was made to walk would hurt my whole body.

Flexing every single muscle of my body, the posture etc -- it was physically draining.

And the fight was not like the fight that you see in a typical Bollywood film. It is like two superhuman characters are fighting. It is hand to hand fight. It was very challenging.

I had to attack like an animal like how you throw a cat or a lion on someone. The expectations were unreal from the direction and action department.

'The most challenging part was to get the look right' 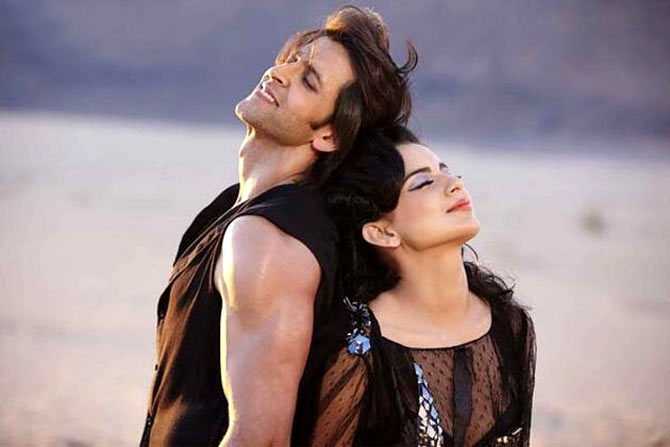 What were the challenges you faced during the shoot?

For me, the most challenging part was to get the look right. You have to get into a suit, it is like a second skin and it was intimidating.

When you are fighting like that, you don’t know which part is going where. The suit had to be altered many times and all this can make you unsure of everything,

And then you are on wires. You can’t stand straight; you are either in static position or you keep swinging.

These were the challenges. I am much more fit now but when I got this character I wasn’t that fit.

Were you shooting simultaneously for any other film?

Yes, I was shooting for Krrish 3 and Queen together. It was very difficult to do two completely different projects. I often felt frustrated, especially for Queen. As far as Krrish 3 is concerned, it was more about the look.

Queen is about someone who doesn’t have confidence. She is a very submissive person and will never stand up for herself.

In Krrish 3, I was the superwoman. So from being a superwoman to being a person who superwoman would love to rescue, is difficult. 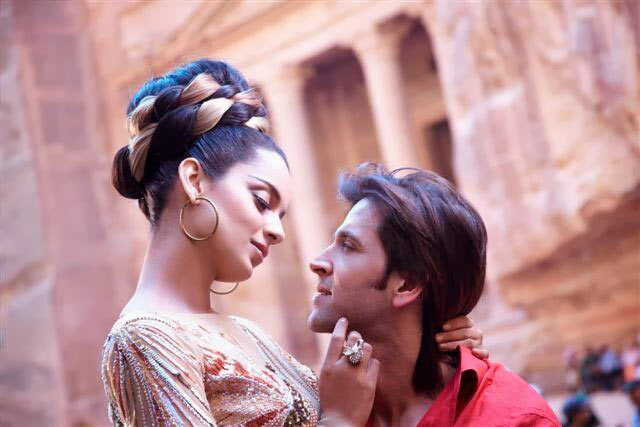 All of your upcoming films -- Queen, Rajjo, Revolver Rani -- are women-centric. Is that deliberate?

All of us want to do things that satisfy us creatively and gives us a good body of work. I feel lucky that I have been getting roles like this where I can display my talent. They are great films.

Does being experimental come naturally to you?

I don’t repeat myself. I said no to The Dirty Picture and then I did not do Raanjhaana as it was more into Tanu Weds Manu space.

I am trying to avoid doing Tanu Weds Manu part two because I don’t want to do it now. I may do but it after some time.

I am playing a superwoman and then a simple woman (Queen) and then a dacoit (Revolver Rani). All this gives me a different high.

'Films like Double Dhamaal and Rascals have not affected my career' 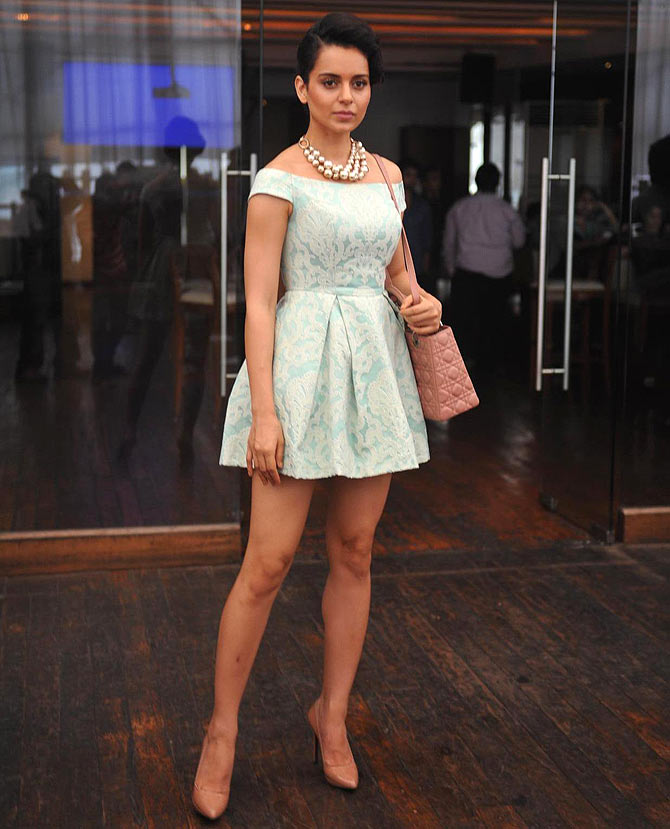 Didn’t you regret turning down The Dirty Picture, which went on to become a super hit?

No, the ones that I did in place of the films that I rejected also turned out to be good.

Sometimes when you have to change the course of your career, you have to let go things. Even my friends couldn’t imagine me doing comedy and lighter roles like what I did in Tanu Weds Manu.

I could have done both films but I choose to do the latter. Like, I couldn’t do Dedh Ishqiya for Krrish 3, but its okay.

It can’t be true that I regret doing it. When we are independent women and run our own homes, we can’t always be getting the kind of work we want.

Sitting jobless at home is not an option. These films may not have done great but they could have done worse. By doing these films you get out of your problems and the makers also get to work with you so it is a win-win situation for everyone.

Films like Double Dhamaal and Rascals have not affected my career. If they weren’t there at that point of time, God knows, you could have seen me in a Bhojpuri film doing an item number!

So, I have only gratitude for films like this.

'I don't feel the pressure to look good always' 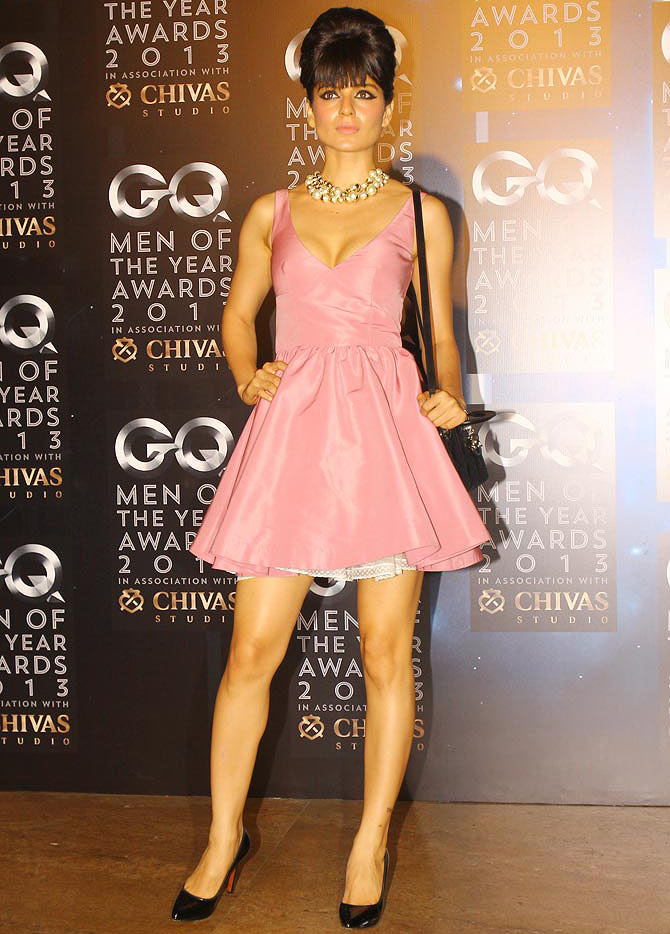 How does your family react to all your achievements so far?

Rangoli likes me in films like Queen, my brother likes me in science fiction space and my parents like to see me doing more conventional stuff like Rajjo, etc.

What was it like working with Hrithik Roshan again?

It was good. He is a star. The best thing is his attitude to and relationship with everyone. One can share anything with him.

He doesn’t come across as a super confident star. He is very tentative, he is very real.

You are known for being a fashionista. Do you try to look beautiful all the time?

I don’t feel the pressure to look good always. I look terrible at times and don’t care at times what I am wearing.

I think we all can look good and make the world a better place. I make a conscious effort to look good.