The Great Weddings of Munnes Review

If disbelief can be suspended in the quest for a few laughs, then some of the encounters are genuinely hilarious, and one with a ghost, particularly bizarre, observes Deepa Gahlot. 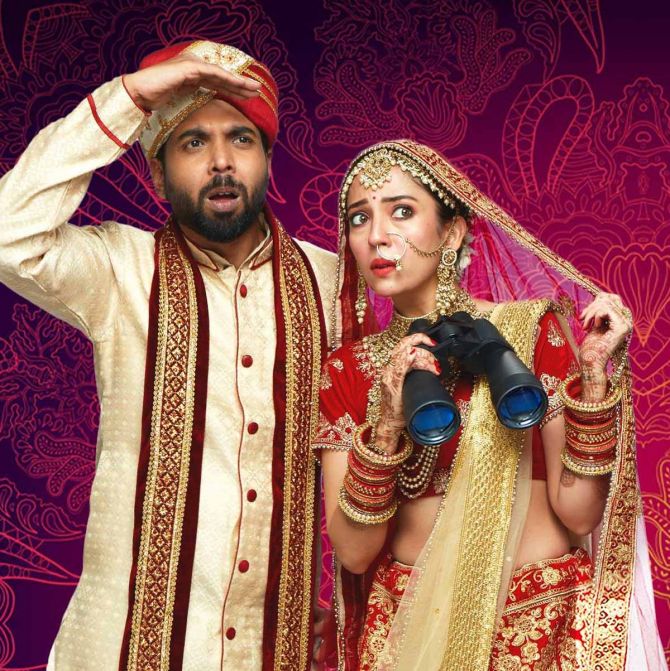 If a series is set in small town India, it is a must for the characters to be batty.

The new comedy series on Voot Select, The Great Weddings of Munnes has more than the usual count.

Naming the lead character Munnes is meant to be funny because not only does everybody pronounce it thus with the Uttar Pradesh tendency to skip the 'sh' sound, it is also spelt that way.

Produced and co-written by Raaj Shaandilyaa and directed by Sunil Subramani, a thin plot is stretched over 10 episodes, straining credulity to aggravating levels.

The idea is odd to begin with: The show (with multiple writers) first expects the viewer to believe that Munnes (Abhishek Banerjee) is so unattractive that no girl likes him, but then he goes on to have a rich and pretty young woman fall so much in love with him that both go to insane lengths to find a way to get married.

Maahi (Barkha Singh) is not put off by whatever it is about Munnes that makes others reject him.

She also does not seem to be too concerned about his crazy menagerie of relatives.

Her grandfather (Pankaj Dheer) insists that she can only marry if horoscopes match with the groom, and though he is puzzled by the perfect match with Munnes -- a humble government clerk -- he agrees to the wedding.

Only, a careless disciple of their family pandit (Pankaj Berry) has switched kundalis, so the pheras are interrupted and Munnes is told he can only marry Maahi if he first weds another woman and leaves her -- all of which is to be accomplished within 14 days.

So commences the desperate attempt of Munnes and family to find such a bride, who will agree to a one-day marriage.

It hardly matters to the creators of the show that women are being treated as disposable commodities, and besides, the country's laws do not permit instant divorces.

The comedy in the show arises from the weird collection of women and their families that Munnes encounters in his search, as well as from the eccentricities of his aunt (Sunita Chand Ranwar), a gambling uncle (Paresh Ganatra, a doomsday-predicting uncle (Sunil Chitkara), an irritating vlogging cousin (Chetan Sharma) with cell phone and selfies stick glued to his arm, a domesticated pandit (Banwarilal Jhol) and Suresh (Aakash Dabhade), the kind of friend, who exists only on screen.

Suresh has nothing better to do than drive Munnes and his family to various adventures in their bride-hunting trips across the country.

If disbelief can be suspended in the quest for a few laughs, then some of the encounters are genuinely hilarious, and one with a ghost, particularly bizarre.

The lines, credited to Shobhit Sinha, have an easy ad-libbed quality and do raise some chuckles.

The actors, well-chosen for their comic abilities, deliver them with flair, even when they often resort to over-acting.

Abhishek Banerjee, as the hapless Munnes, plays him with the right amount of innocence -- Munnes faints when Maahi proposes to him -- and growing exasperation with his continuing ill-luck.

As his aunt says, his fate is like dahi-handi, it keeps breaking.

It is because the character, who could have been borderline creepy, is so earnest, lovelorn and desperate to wed the woman he loves, he makes the viewer care about how his story pans out.

The Great Weddings of Munnes streams on Voot Select. 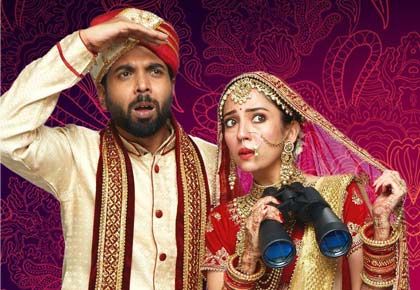 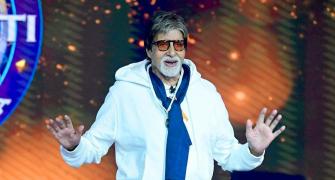 The Panchayat Actor Who Won Our Hearts 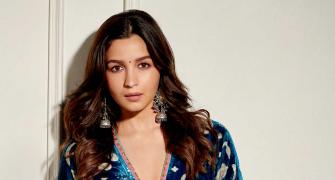 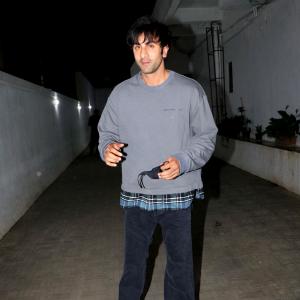 What Are Ranbir, Karan Johar Planning?