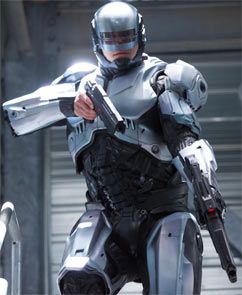 'In an attempt to make it relevant to our darker, more violent times, director Jose Padilha loses sight of the point he wishes to make through the film,' says Paloma Sharma after watching RoboCop.

The RoboCop remake (the original released in 1987) is set in the year 2028 -- a future where America has colonised Iran and maintains its version of 'peace' on foreign soil by hiring sophisticated, battle-robots that run regular scans of all citizens, enforcing an almost Orwellian-style of law and order.

Back home, the crime rate on America's streets has grown to alarming levels.

Raymond Sellers (Michael Keaton), the ruthless CEO of OmniCorp, is trying to sell the idea of war-robots patrolling American streets to its people.

All that stands in his way is a stubborn, anti-drone politician, Senator Dreyfuss (Zach Grenier) and the Senator's iron-clad piece of anti-robot legislation -- The Dreyfuss Act.

The only way Sellers can circumvent the Senator's will is to swing public opinion in his favour. For this, Sellers comes up with a new product -- a more humane product -- a RoboCop; and police officer Alex James Murphy (Joel Kinnaman) finds himself the guinea pig in this experiment.

Samuel L Jackson plays a futuristic version of Arnab Goswami who provides enough 'satire' in the beginning of the film, which makes you think that perhaps this is an intelligent remake.

Perhaps this isn't all gun-fights and bone-breaking. But the film cannot seem to decide what it wants to say -- mumbling words that never connect to make a complete, coherent sentence.

While Jackson's character, Pat Novak, spends a fair amount of time discussing the politics of artificial intelligence, Dr Dennett Norton (Gary Oldman) questions the ethical grounds of turning a man into a machine.

But both narratives eventually culminate into a faster-than-you-can-follow gunfight in a darkroom which accounts for pretty much all the hardcore action you'll see in this film.

In an attempt to modernise RoboCop and make it relevant to our darker, more violent times, director Jose Padilha loses sight of the point he wishes to make through the film.

While on the one hand he remains opposed to drones and the free availability of guns, his portrayal of bloodshed is almost numbing.

Unlike in the 1987 original, it is the man who wakes up to find himself inside a machine in the remake. The machine makes him the an ever efficient police officer but he wants to connect with his wife Clara (Abbie Cornish) and son David (John Paul Ruttan) again.

It is tough to sympathise with Clara because one does not connect with her at all. She is the pretty, blonde, apparently stay-at-home mum who sheds tears like a soap opera actor.

Even though Kinnaman is the perfect choice for playing the new RoboCop, there is only so far a film can go on the basis of its casts' performances.

Several trains of thought are introduced in the film but very few really manage to come full circle, leaving the rest seem irrelevant.

RoboCop tries to be something it is not and in that process, ruins everything it could have been. 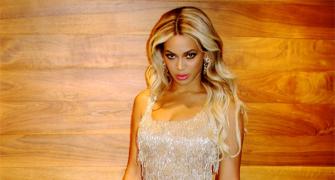 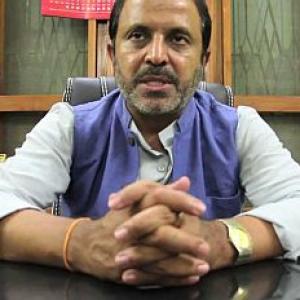 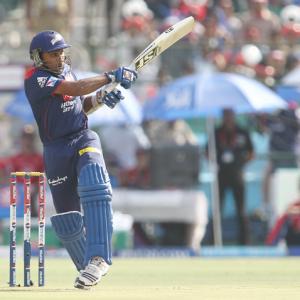 IPL auction: No takers for these stars!