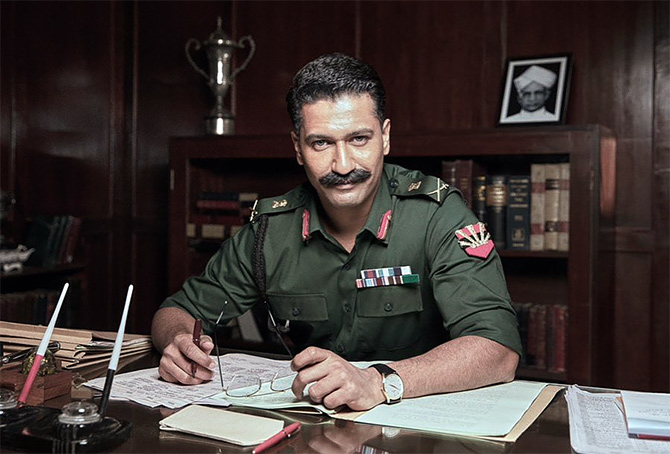 After Raazi, Vicky Kaushal is all set to reunite with Meghna Gulzar.

On Field Marshal Sam Manekshaw's 11th death anniversary, Meghna announced that her film on the great general would star Vicky in the lead role.

Earlier, there was talk that Ranveer Singh would play General Manekshaw, when he led the Indian Army into war in December 1971.

'A Soldier's Soldier. A Gentleman's Gentleman. In remembrance, on the death anniversary of Field Marshal Sam Manekshaw. It is my honour to tell the story of one of India's greatest war heroes, with @vickykaushal09 essaying the historic man!' Meghna posted.

Vicky took to Instagram and wrote: 'I feel honoured, emotional and proud of getting a chance to unfold the journey of this fearless patriot, the swashbuckling general, the first Field Marshal of India- SAM MANEKSHAW. Remembering him on his death anniversary today and embracing the new beginnings with @meghnagulzar and #RonnieScrewvala'.

Vicky has played a fauji before, in the blockbuster Uri: The Surgical Strike, a film which was also produced by Ronnie Screwvala.

He is currently playing the title role in Shoojit Sircar's Sardar Udham Singh, based on the man who assassinated Michael O'Dwyer, the former lieutenant governor of Punjab, in response for the Jallianwalla Bagh massacre.

Vicky sure has Sam's famous walrus moochi, but he may be a few inches taller than what the general was in real life.

Also, if we may point out to Meghna, if the film is set in the months leading up to the 1971 War, she has got the President wrong.

V V Giri was India's President when Indian troops and tanks marched into battle on December 3, 1971.

The President on the cupboard in the photograph issued today is Dr S Radhakrishnan, who retired as Rashtrapati in 1967, over four years before the war that gave birth to Bangladesh. 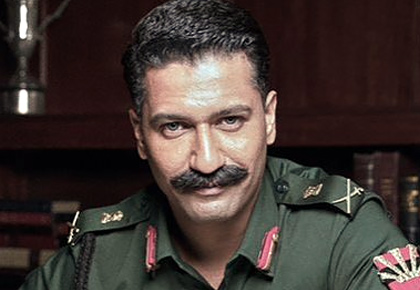 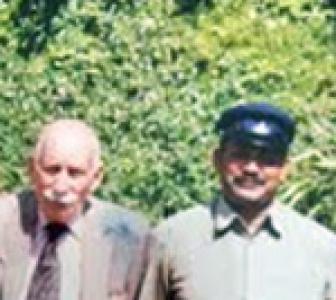 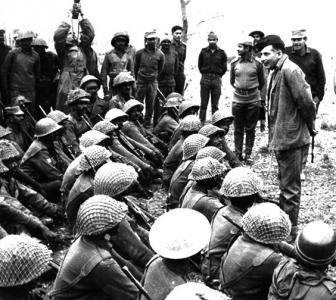