News
Business
Movies
Sports
Cricket
Get Ahead
Money Tips
Shopping
Sign in  |  Create a Rediffmail account
Rediff.com  » Movies » 'Alia and I want to have lots of kids'

'Alia and I have been talking about kids since the day we met.' This is a beautiful phase in Ranbir Kapoor's life.

He returns to the movies after four years with a dacoit drama Shamshera and a sci-fi thriller Brahmastra.

He's also going to be a father, and has been making all kinds of forever plans with his wife Alia Bhatt.

In the first of an enchanting three-part interview, Ranbir tells Rediff.com Contributor Sameena Razzaq, "I don't want Alia to sacrifice her dreams because she has a child. So somewhere, we will have to plan out a balanced life, where both of us can enjoy our personal and professional lives."

You got married this year, and will be a father soon. Your films are releasing after four long years. Is this the best phase of your life?

They will come and go, but yes, being married or becoming a parent, I don't think there is a bigger joy than that.

My films are coming after four years, so there is anticipation around it.

I have worked for the last four years on these films.

The last two years have been difficult for everyone.

I have lost a parent.

In life, you have bad times and good times.

You have to take life as it comes.

Right now, I am very grateful.

Karan (Malhotra, director) became a father during the pandemic, and I have been taking parenting tips from him.

I am very excited about this phase in my life.

Alia and I always wanted children.

We have been talking about children since the day we met.

We want to have lots of children.

She is back now; I am seeing her after two months.

We have been on the phone every day, dreaming what the future will be like. Both of you are successful and busy. How will you balance your career and parenting responsibilities?

I think it's a privilege that audiences want to watch my films in theatres.

I can never take that for granted.

Very few actors and film-makers get this love.

I have thought a lot on what answer I should give to such a question; I even rehearsed with Alia!

She would ask me, Ranbir, you are going to become a father. What do you have to say about that?

I can't describe the feeling.

I am very happy, nervous and terrified.

I have never experienced this emotion in my life before.

This emotion completely fills your heart.

Will I be able to hold a baby?

I am so scared as to how to hold a baby's neck, back!

Alia and I have been talking about it for some time now, how we will share our responsibilities.

We grew up at a time when our fathers couldn't give much time to us.

So more or less, we have been brought up by our mothers.

We were close to our mothers.

I want to have a different dynamic with my children.

I want them to be close to me too.

Alia is a busy star in this industry.

I don't want her to sacrifice her dreams because she has a child.

So somewhere, we will have to plan out a balanced life, where both of us can enjoy our personal and professional lives. How do you process failure and success?

Success and failure does not depend on you.

All you can do is work hard and give it your all. Then you have to leave it to the audience and God.

Where luck is concerned, I don't think coming from a film family makes you lucky.

Yes, you get opportunities because you come from a privileged category.

But I know how hard I have worked in the last 15 years to get rid of the 'star son' tag because I didn't want to be in the shadows, as a lot of members of my family have worked in films.

It was very important for me to create my own identity.

I have been really lucky because I started my career at a time when a lot of new film-makers were writing films for young boys.

Before me, there were men -- even Hrithik Roshan was playing a man.

But when I started working -- Imran Khan and I started at the same time -- there were stories of young boys.

I worked with good film-makers, played good characters and that helped me. 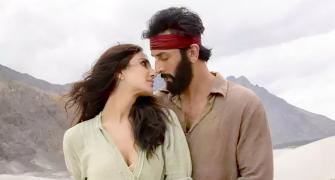 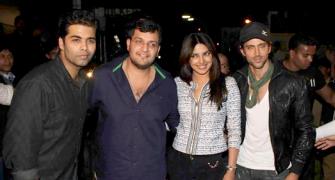 'Karan Johar is all heart' 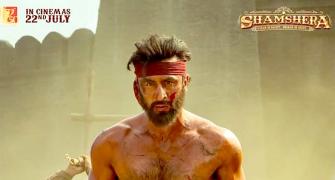 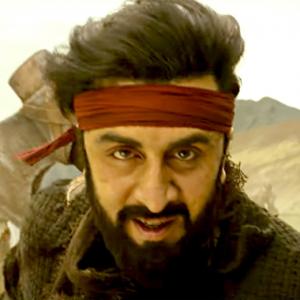