Special screenings were held for The Zoya Factor and Pal Pal Dil Ke Paas, and the cast members made sure to attend with their families. 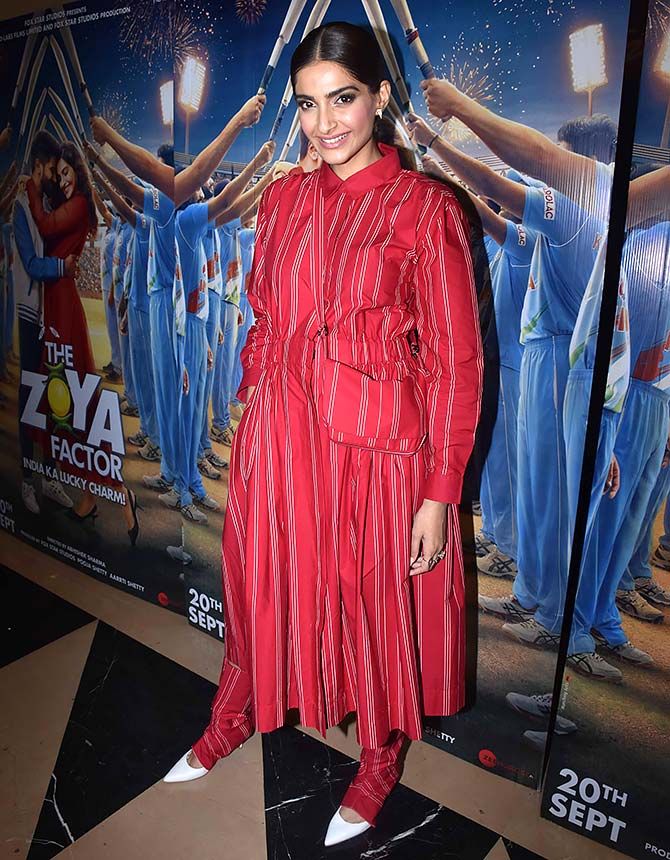 Just why is Sonam Kapoor wearing red in all the promotions for The Zoya Factor? She tells us here. 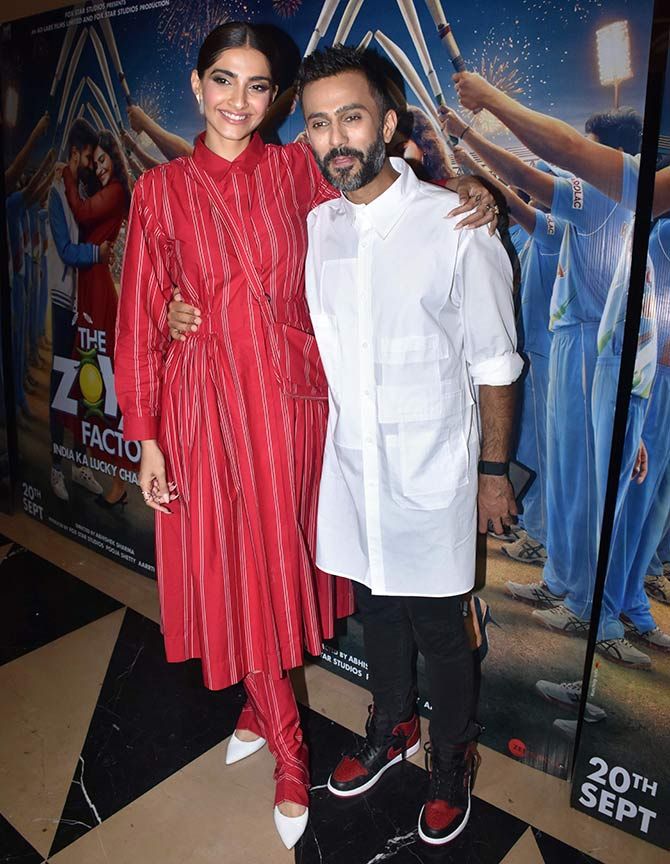 Sonam's uncle Sanjay Kapoor plays her father in the film. Arjun Kapoor arrives in support of his cousin. 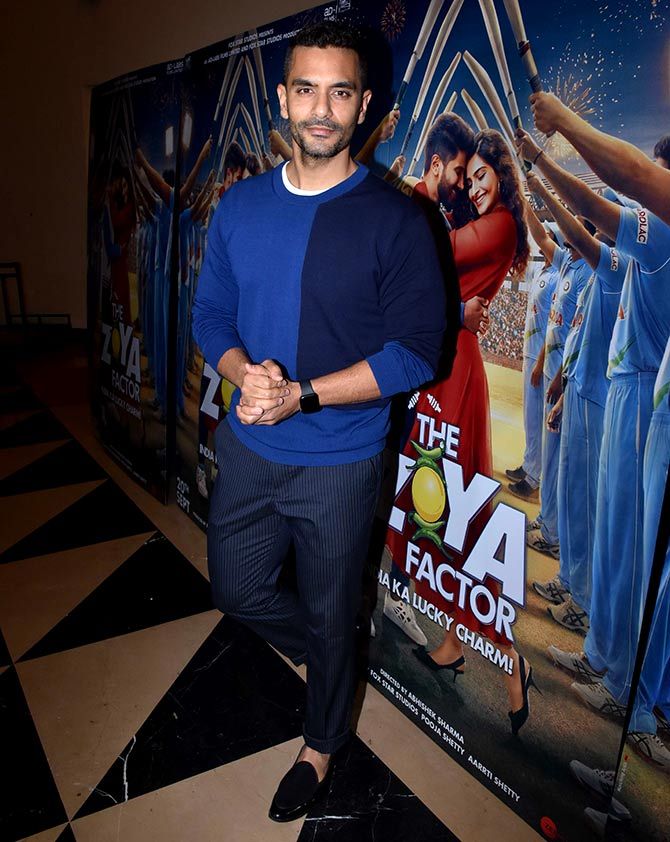 What is Angad Bedi's lucky charm? He tells us here. 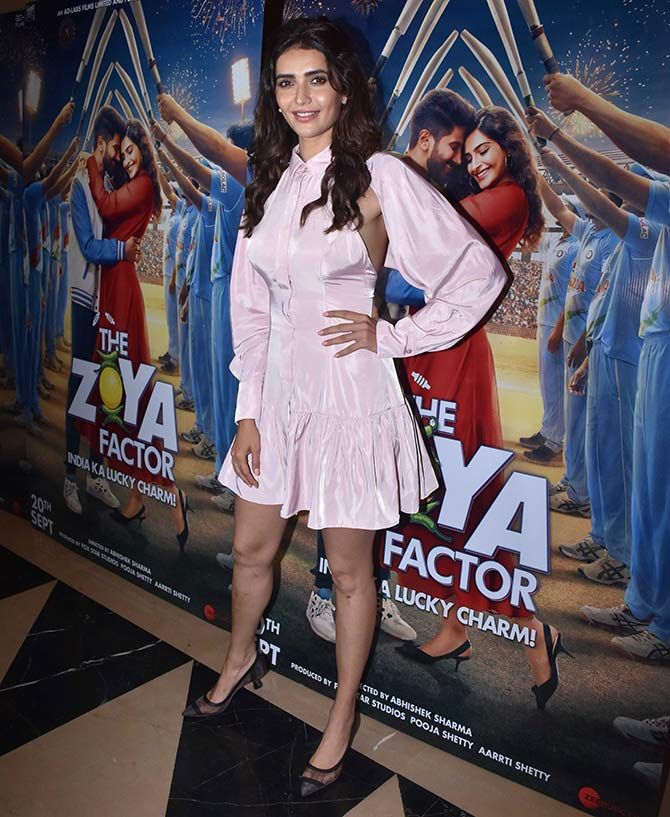 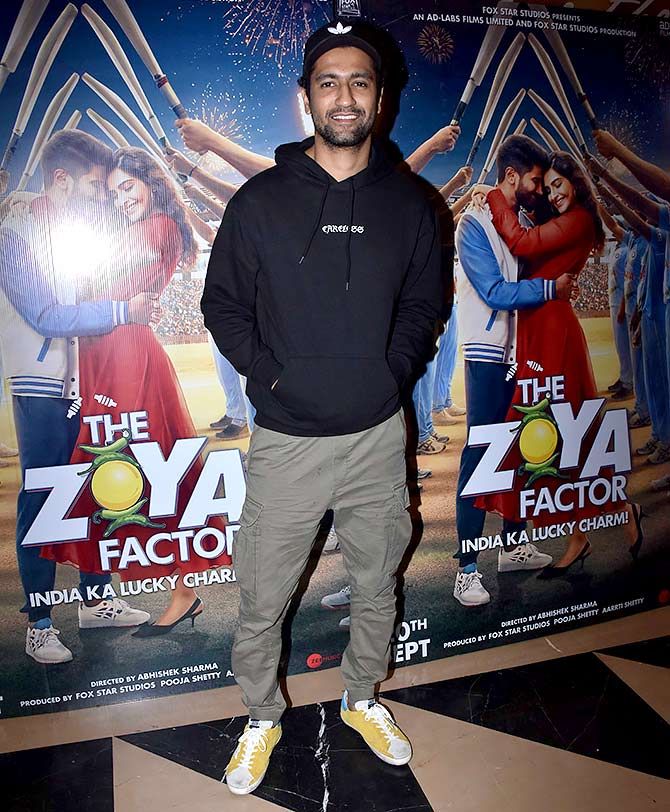 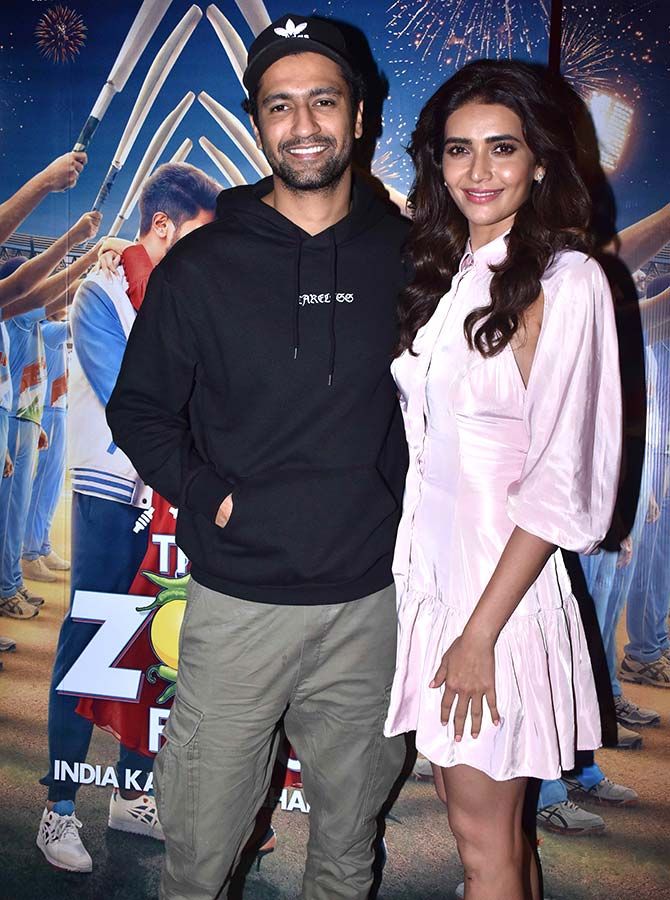 Vicky and Karishma had shared a bit of screen time in Sanju. 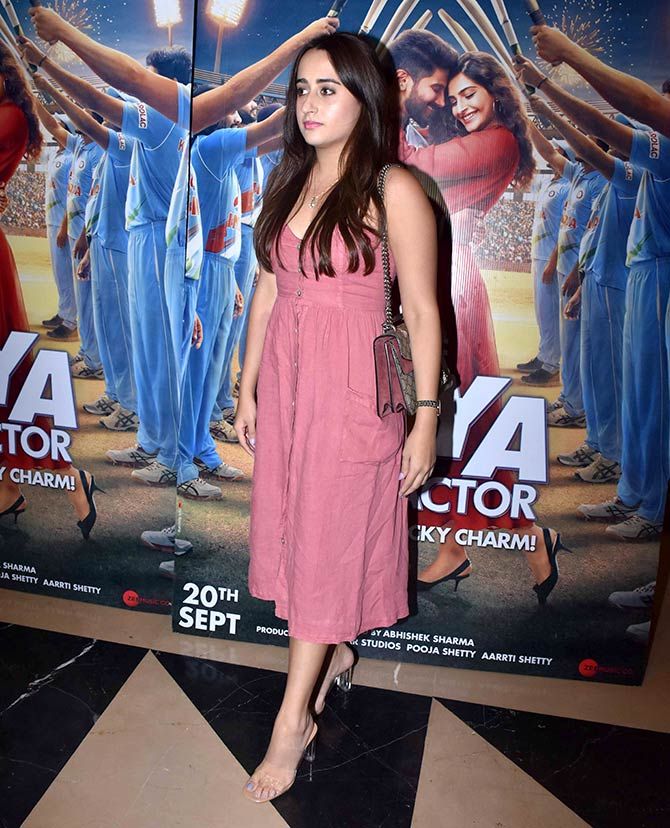 Varun Dhawan gave the screening a miss but his girlfriend Natasha Dalal dutifully showed up. 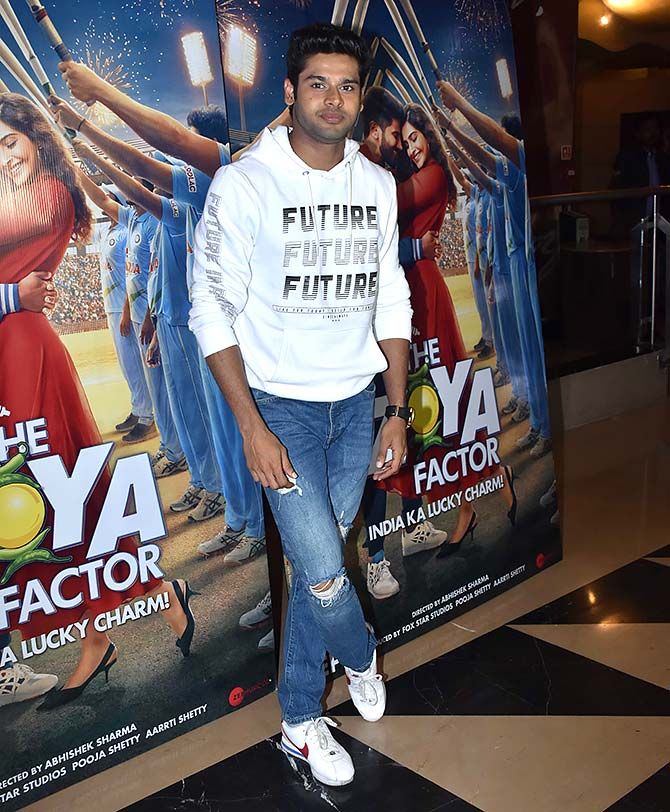 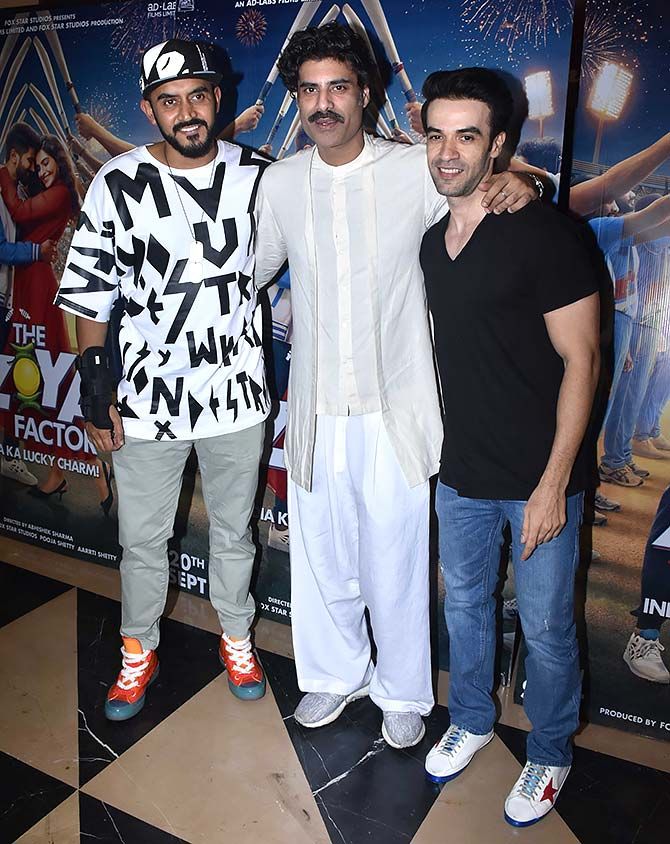 Sikander Kher, who plays Zoya's brother in the film, mingles with his director friends, Shashank Khaitan and Punit Malhotra. 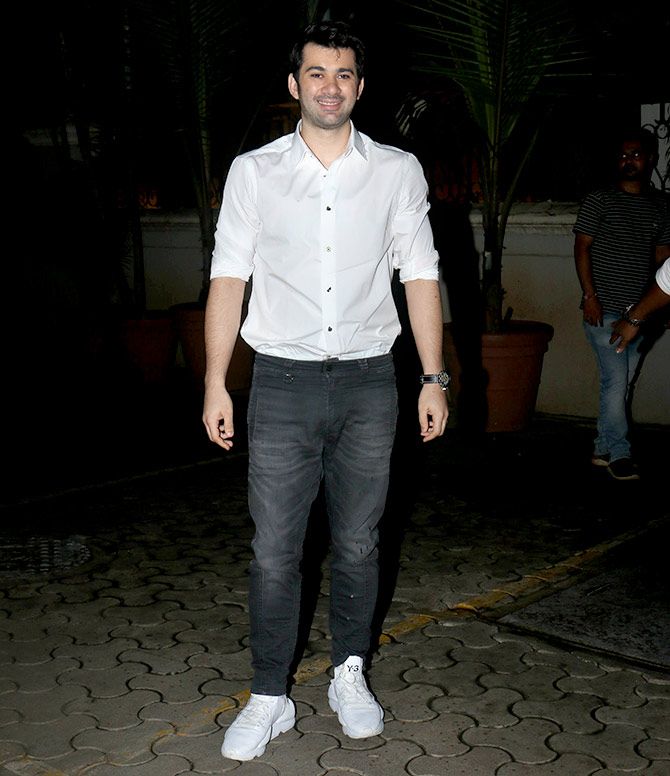 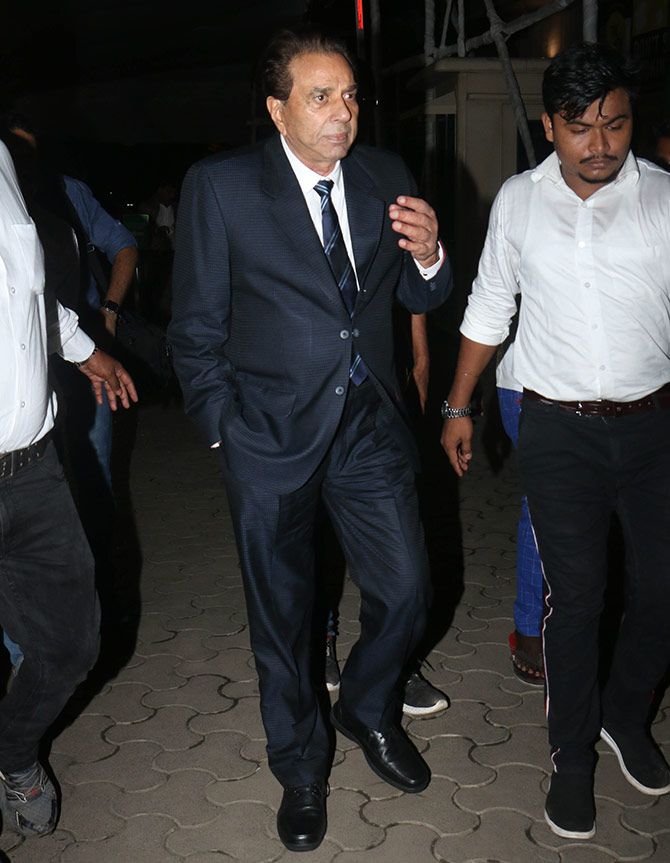 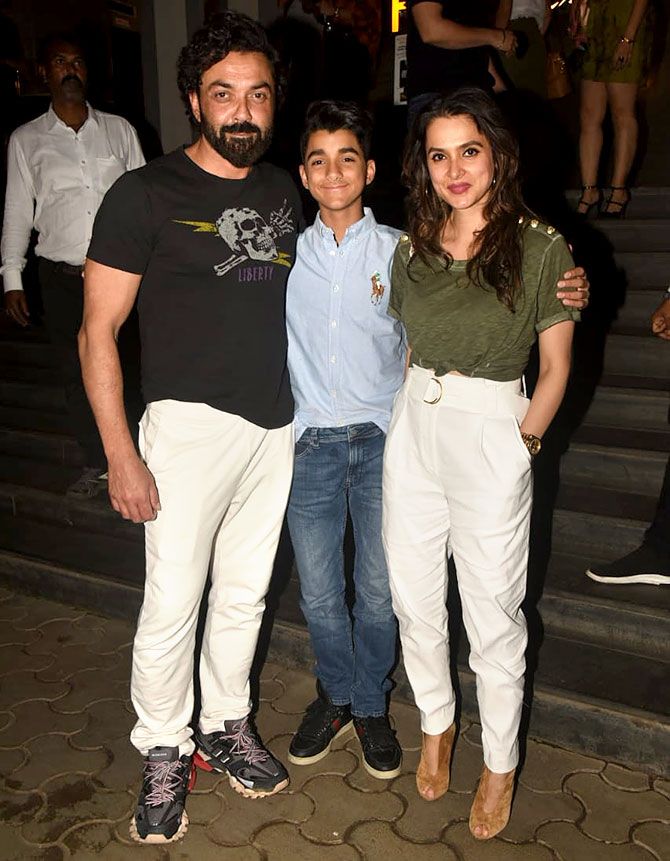 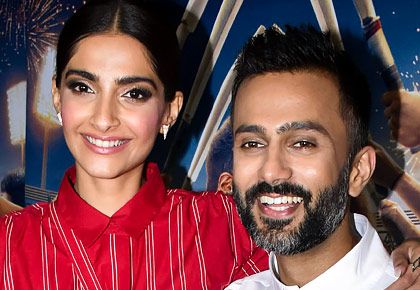 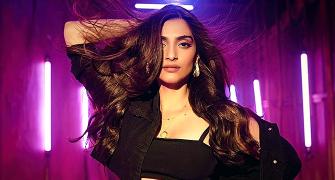 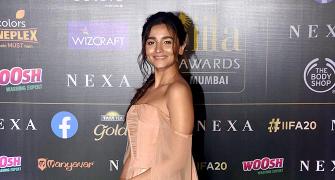 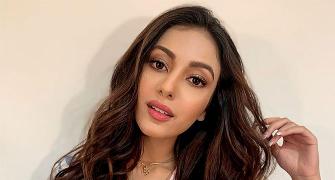