'I have been dropped from films, I have been replaced after workshops.'
'I did not play cricket for India.'
'If I have to sit and think who Angad Bedi is, the end of that thought is that I am human.'
'Life has taught me a lot.' 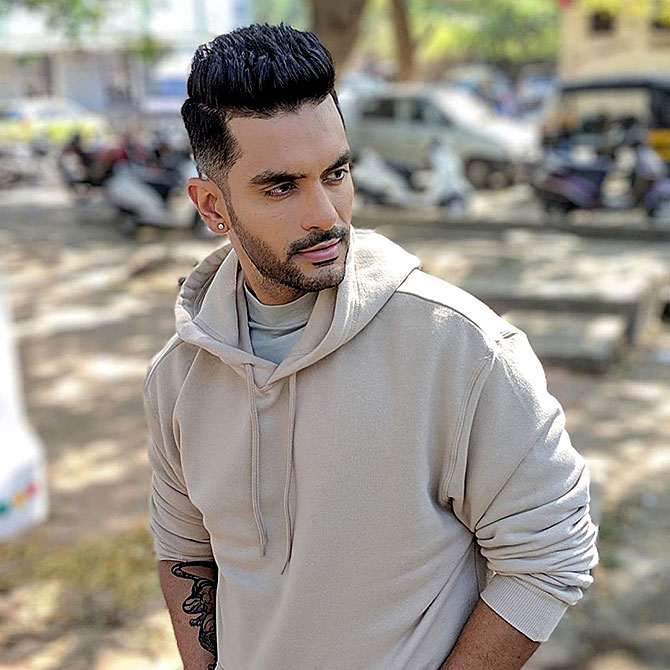 Angad Bedi seems quite happy with the way his career is progressing.

He's not perturbed by the length of his roles in movies.

The actor just wants to focus on delivering good work and leaving his mark.

Bedi will be seen next in The Zoya Factor, where he plays a cricketer in the Indian cricket team, captained by Dulquer Salmaan's character.

It's not easy grabbing the good roles in Bollywood, and Angad realises when he's got a one in hand.

"Somewhere, between these big filmmakers and producers, I am trying to make a living and find my next best character," he tells Rediff.com Contributor Mohnish Singh.

Was it easy to play cricketer Robin Rawal?

It's never easy to get into anything.

To find the unique personality of the character, you have to go through a process, and for that, a filmmaker usually guides you through.

I was very fortunate enough to have (Director) Abhishek Sharma chalk down at least 15-20 points on Robin Rawal.

He said that I had to find my character in these points.

He said that the animal I should associate my character with is a lion.

When I asked why, he replied, ‘Because a lion is the most insecure person, so you should have that kind of projection.' 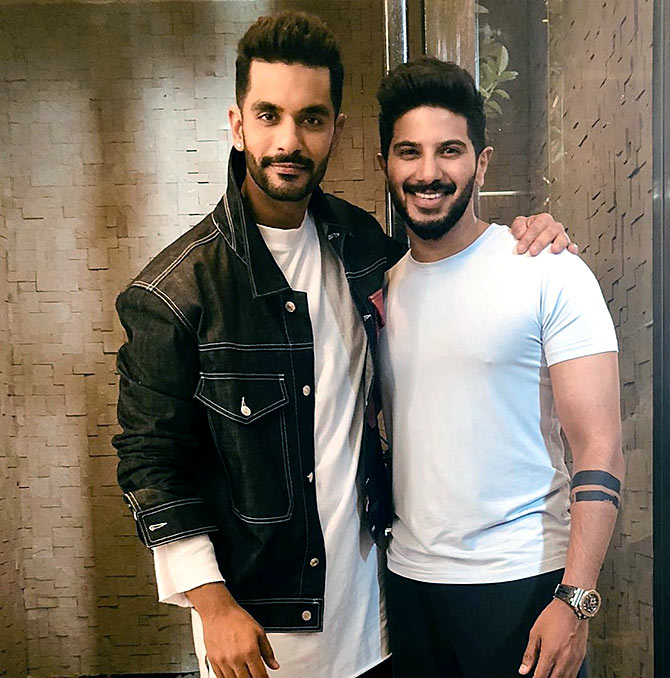 When you play a character, which is slightly magnetic, it sometimes becomes physically imposing.

But we have not projected Robin Rawal to be that physical; we have kept him in an in-between space.

His body language suggests that he is flamboyant but he does not have to try try hard to get attention.

Attention comes to him naturally.

He is a guy, who wins matches single-handedly; he is the superstar of the team.

There is adulation, endorsements, he has a fan following.

Then all of a sudden, with one bad series, there is a switch in captaincy.

There is a power shift.

There is an unspoken, uncomfortable vibe between Nikhil Khoda (played by Dulquer Salmaan) and Robin Rawal.

Then, it becomes more difficult and they cannot stand each other. 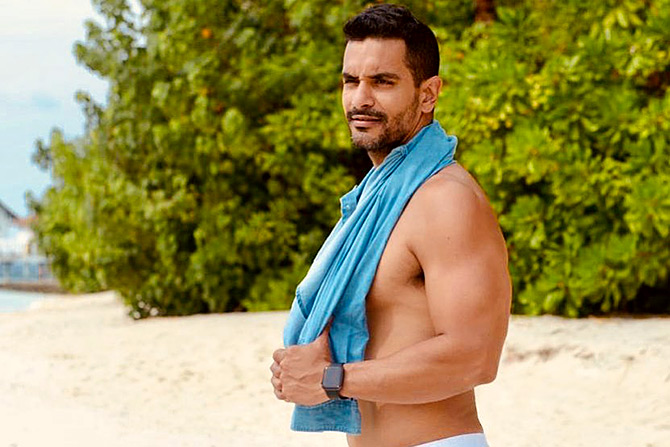 Did you read Anuja Chauhan's book The Zoya Factor on which the film is based?

I read it five years ago.

It was going to be made into a feature film then, and Red Chillies Entertainment had the rights.

A filmmaker called Vishal Punjabi was going to direct it but it did not happen.

The casting had not started but I knew about it.

How did you come on board?

It was a bit hard to convince me to get on board with Robin Rawal because I could not understand where the character was going.

I didn't have any reference point.

We had to make our own reference point, our own graph, simplify it and then add complexities to it. 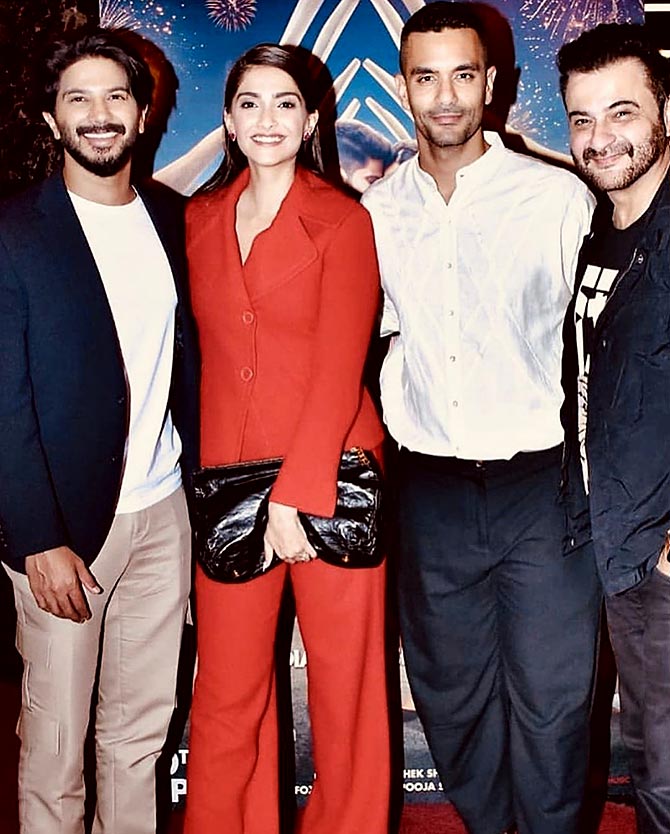 Do you believe in luck? Do you carry a lucky charm?

You make your own luck.

You work hard, you get lucky.

You don't work hard, you will not be lucky.

Hard work is my lucky charm.

Nobody has ever achieved success without working hard.

A lot of people can be lucky but just for a brief period.

People say some actors are lucky when their films work but that's not the whole picture.

That actor has been working hard, working day and night to excel at that scene, to perform well. 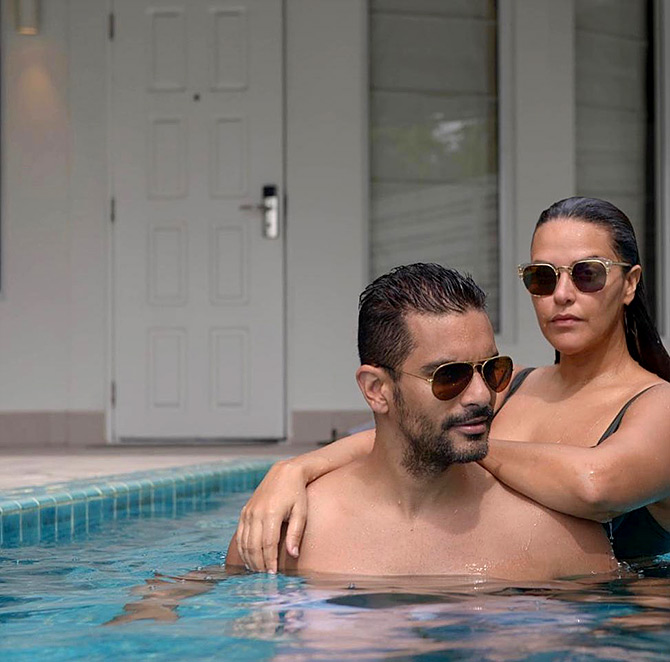 What is that one thing that drives you as an actor?

Every actor lives for appreciation, not money or fame.

It's just that one clap.

You are the son of ace cricketer, Bishan Singh Bedi. Have you ever thought of a cricket career?

Anybody born in this country thinks of becoming a cricketer.

Every mother wants their son to be like Sachin Tendulkar or Virat Kohli.

But my reality is elsewhere.

I am happy I am here because I feel I have got acceptance here.

But I have been trying.

Somewhere, between these big filmmakers and producers, I am trying to make a living and find my next best character. 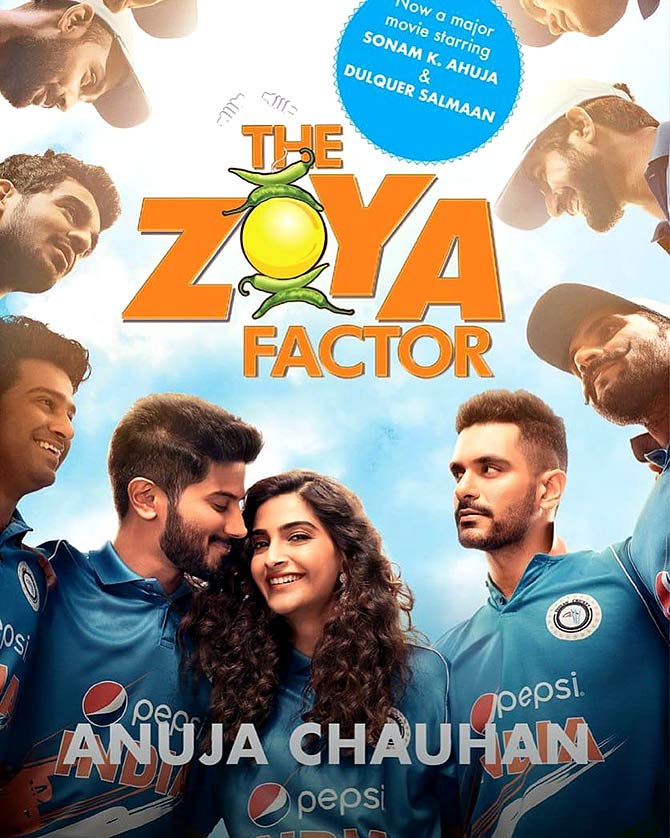 Why did you choose acting over sports?

With sports, you have a limited (career) span.

Actors have a limited span too but they get more chances.

If you cannot crack it in sports, if you don't make it by your late teens or early 20s, they will not pick you.

You don't see many sportspeople, who started in their late 30s and making it.

Actors can play diverse roles and prolong their career, no matter what the starting point is.

When did you face the camera for the first time?

The only thing I was told was not to look at the camera and that's what I am following till now.

I don’t care where the camera is, I don’t worry about good or bad angles.

I only concentrate on my performance.

Do you feel celebrities have no personal life?

If you want attention and adulation, and you want the billions of people to pay money to buy a ticket and watch you on big screen, you have to be okay with everything else.

On the other hand, you want to be away from your audience. 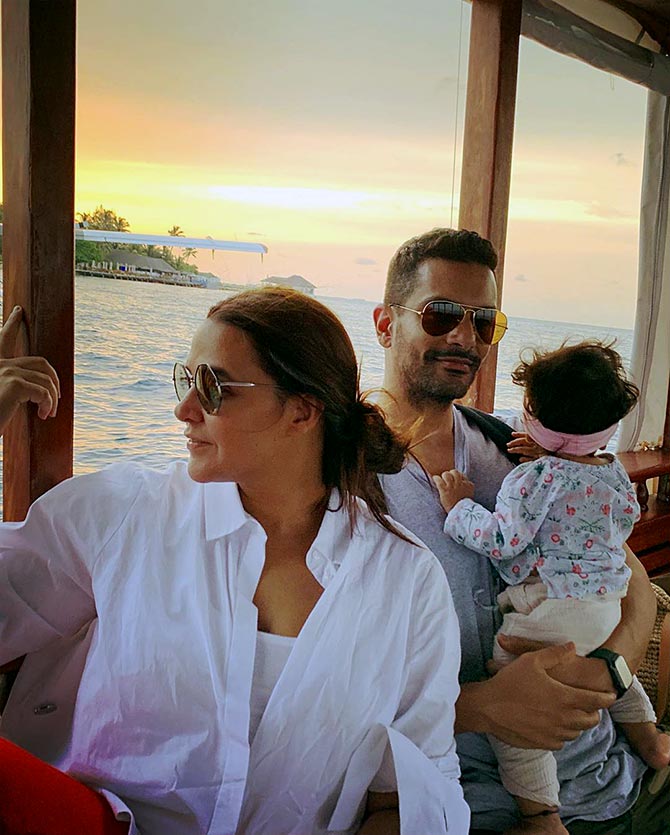 How has fatherhood changed your life?

It is changing for the better.

It has made me a more empathetic human being.

It makes you realise that you have responsibilities.

The more time I spend with my daughter and, in fact, my wife, it transcends into a lot of other things.

It makes you understand life differently.

Before (having a child) you live selfishly.

There is nothing wrong in that but now, you start to live your life for your baby. For your family.

Also for your parents, who are ageing.

I don't live in regret.

Changes are inevitable and changes are always for the benefit for human beings.

I have been dropped from films, I have been replaced after workshops.

I did not play cricket for India.

If I have to sit and think who Angad Bedi is, the end of that thought is that I am human.

There is no gun on my head saying if you make a mistake, you will be killed.

Life has taught me a lot. 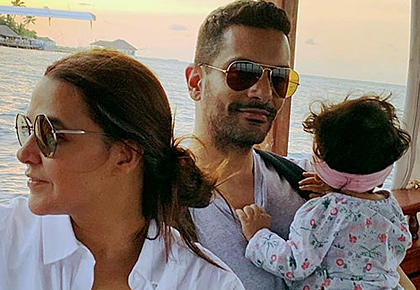 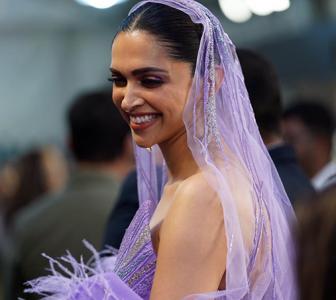 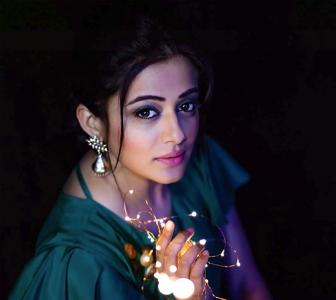 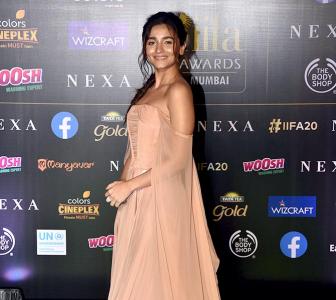 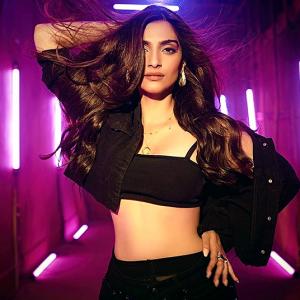