Vasan Bala creates a world so mad yet meticulous and unlike no other in Mard Ko Dard Nahi Hota, raves Sukanya Verma. 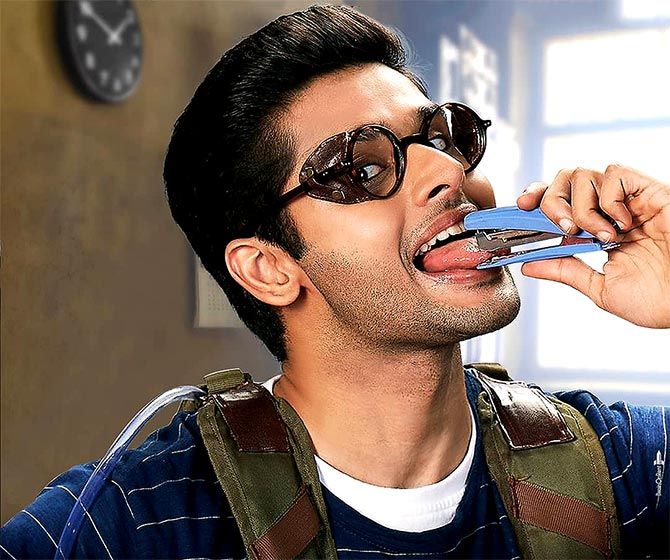 When I first watched Mard Ko Dard Nahi Hota at a film festival last year, I enjoyed its zany nostalgia imprinted in the solid pop culture values of a movie buff from Matunga.

When I watched it again, it only reconfirmed how original his film-making voice is.

Director Vasan Bala's mind is a field of dreams where spotless childhood memories come alive alongside visions of quirky ingenuity.

He has an eye for seeing what was always there, but in a way that gives it an entirely new perspective.

He has an ear for music that's fun, funky and flows with the narrative.

Though Mard Ko Dard Nahi Hota Hai is awash with nods and tributes, it's much too creative and humorous in its treatment of those motifs to be branded the handiwork of a fanboy. For those of us who subscribe, cinema is a lifelong obsession that starts on early.

Whether its inspiration is Bachchan or Bruce Lee, the faith of a knee-high cinephile is etched in stone.

Bala honours a good deal of that untainted optimism in the adventures of a man faking an 'ouch' every time he gets hurt owing to an incredibly rare medical condition -- congenital insensitivity to pain.

It's a telling title and delightful subversion to the Big B's famous dialogue from Manmohan Desai's Mard.

When we first meet Surya (Abhimanyu Dassani), the boy from the 'burbs is holding off a band of baddies charging towards him like raging bulls in slow motion.

Newcomer Abhimanyu exudes an easy vibe and unmanufactured naiveté that is disarming even with, if not because of, all the eccentric energy enveloping him.

Sporting maroon Adidas athleisure and blue Onitsuka Tigers shoes, a fashionable first impression is cut short to focus on a flashback featuring Chiranjeevi grooving to a 1990s earworm. Rajnikanth and Kamal Haasan pop up too and inadvertently provide hilarious insights on fan theories./p>

Retro cues are abundant in scenes of schoolboy Surya dressed like a steampunk pilot and lugging about a hydration backpack, mouthing battle cries fashioned from Govinda and Chunky Pandey-starrers, the various weapons of destruction sneaked into a perilous geometry box or the girl he befriends as a kid until faith and fathers tear them apart./p>

Whether his unique ailment triggered by a tragic backstory turn him a superhero or not, his voracious consumption of VHS tapes, mostly martial arts movies, has turned him into a steadfast believer of unbridled daredevilry and wannabe vigilantism.

Dehydration is his kryptonite but a paranoid daddy's refusal to release him from a confined existence has only reinforced his Peter Pan ardour.

As has Surya's Ajoba (a quaintly endearing Mahesh Manjrekar) whose liberal grandparenting addresses both -- his fighter dreams (in slangy code words) and pubescent desires (in Sahe-Lee suggestions) leading to much mirth in Mard Ko Dard Nahi Hota.

Its winsome attributes escalate when Radhika Madan's Supri swoops into the frame.

Her introduction set to the tunes of Nakhrewali, both old and new, is a fitting acknowledgment of her spunk, one she amply demonstrates while pounding a bunch of molesters, leaving both Surya and the audience gobsmacked.

That scene where she rapturously gushes about the pleasures of itching though is simply priceless.

The refreshing absence of melodrama in its bachpan besties reunite as adults trope stays true to Bala's consistently idiosyncratic tone.

But it's not like Mard shies away from showing heart. Rather, it's full of characters accepting their disorder, disability, limitations and conditioning willing to work their way around it.

A karate expert who can beat the daylights out of wrongdoers stays mum about her NRI suitor's shabby treatment for the sake of her sickly mother's treatment.

I am nothing, she confides to her mother (a empathetic Loveleen Mishra lending dignity to a troubled part) in one heartfelt scene.

Except she is and Karate Mani agrees.

Gulshan Devaiah's one-legged karate instructor as well as his evil twin, Jimmy are Mard Ko Dard Nahi Hota's biggest trump cards. His keen attention to both ensures their distinction proving his versatility and Bala's talent for tapping unique facets of the actor’s personality, something you'd see too if only his directorial debut, Peddlers would receive the release it deserves.

A crackling recap of what prompted the Mani-Jimmy hostility finds its pitch perfect expression in a rollicking ode to S P Balasubramaniam’s inimitable playback skills.

Karan Kulkarni's songs are a hoot, a sentiment that is repeatedly resonated in the course of its 137 minutes running time.

Bala creates a world so mad yet meticulous and unlike no other (When was the last time the hero wanted the villain's address?).

The chalk and cheese siblings's growing animosity, friends reconnecting atop their old terrace aptly abandoned for redevelopment purposes, a wacky action set piece inside a security services building whose aged custodian is a scene-stealing Mama evoking MTV days of yore and a royal rumble that begins with funniest piece of fart gyaan, reality and whimsy collide non-stop in Mard Ko Dard Nahi Hota.

Vasan Bala has fun through and through.

People trip down the stairs, dash into vehicles, slash their palms, break their lip, swallow scalding hot water but pain is what you make of it.

Who knows this better than a man trying to make a film?

As Chiranjeevi reminds us in that flashback before, 'It's a challenge!' 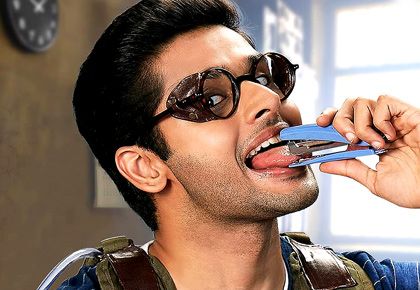 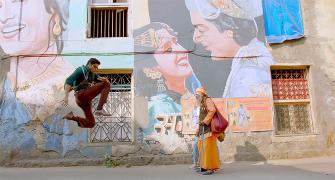 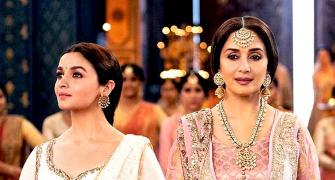 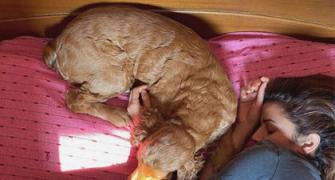 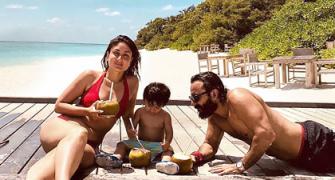 ASK DR JAIN: I want feet like the film stars! 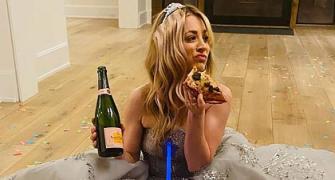 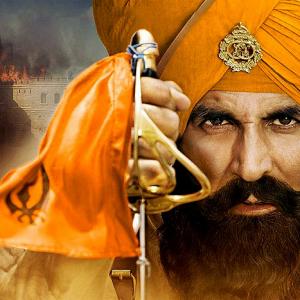 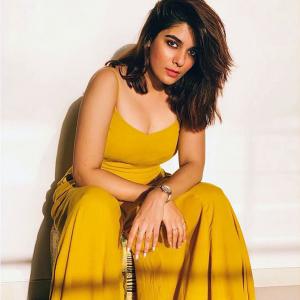