'Back then, being religious and devout was not a compulsion.'
'It was a voluntary and totally instinctive impulse.'
'So the impact of the Ramayan and the reverence it generated came from a place of complete sincerity.' 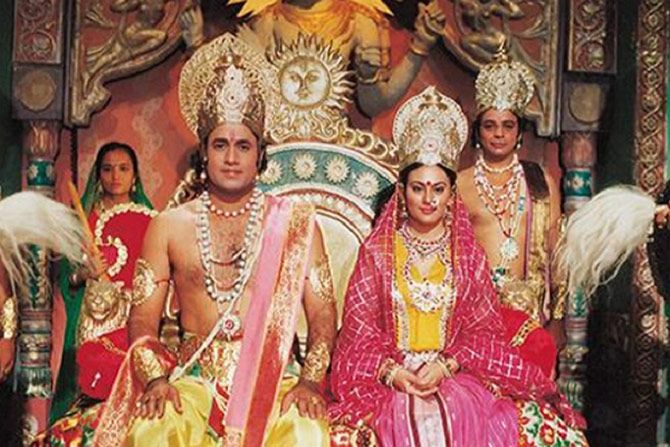 Moti Sagar is in a state of disbelief at the impact that the re-telecast of his father Ramanand Sagar's Ramayan has had on the currently quarantined nation 33 years after it was first telecast.

Moti Sagar, who co-directed the serial, says he recalls every incident from the shooting of Ramayan as though it was yesterday.

"Ramayan changed our lives," Moti Sagar tells Subhash K Jha. "It was not as if my father had done no significant work before Ramayan. He had directed pathbreaking films like Paigham, Ghunghat, Zindagi, Aarzoo, Aankhen, Lalkaar and Geet."

"In fact he started as the screenplay and dialogue writer of Raj Kapoorsaab's Barsaat in 1949. He had an impressive body of work in cinema that would have ensured a name for him in cinema history," says Moti Sagar.

"But then at the end of his career he decided to change his destiny."

Moti Sagar still remembers when the patriarch of the Sagar family gathered family members to make the announcement.

"Papaji said he is making the Ramayan. He said it is something he was born to do in life. Actually when he had fallen ill with tuberculosis a face-reader had told him he would do something towards the end of his life that would change his destiny," recalls Moti Sagar.

So what was the family's reaction to the announcement?

"We always treated Papaji as the voice of authority. Although he didn't force any of us to join him to make the Ramayan, all he said was he was making the Ramayan and those members of the family who wanted to join him were welcome to do so," Moti Sagar remembers.

"We all moved with him to Umbergaon in Gujarat to shoot the Ramayan and Umbergaon became our home for the next two years," recalls Moti Sagar. "My brothers Subhash, Prem and Anand were there hands-on shooting at an abandoned studio in Umbergaon which we revived."

"For two years we lived and breathed only the Ramayan. We did nothing else except sleep for a few hours. We shot for 18 hours every day. We had the most dedicated team of technicians and actors," says Moti Sagar.

"Arun Govil became Ram, Dipika became Sita, Arvind Trivedi was Ravan, and Dara Singhji was only Hauman in the public's mind for the rest of his life and even today so many years after his death." 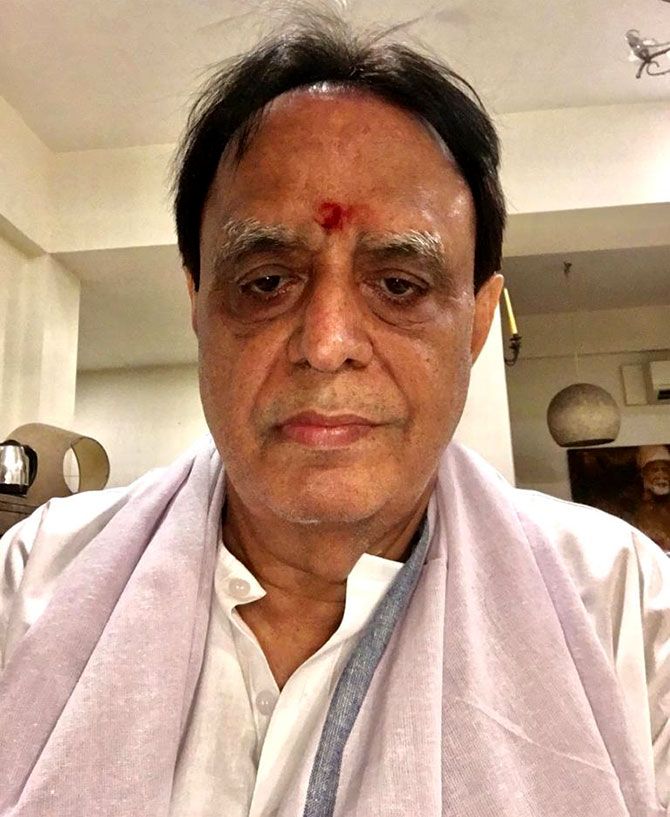 Moti Sagar, left, says he and the family were taken aback by the impact of the Ramayan.

"Wherever my father went people touched his feet, treated him as someone who had brought God into their lives. You know, back then being religious and devout was not a compulsion. It was a voluntary and totally instinctive impulse," explains Moti Sagar, adding, "So the impact of the Ramayan and the reverence it generated came from a place of complete sincerity."

"We all believed in the words and teachings of the Ramayan. I believe the series worked because it was born out of a complete faith in the source material. That faith connected with the audience."

Moti Sagar feels it would be impossible to do the same Ramayan in today's times. "We made it under no pressure. There was zero interference from Dooradarshan. Later we tried doing something similar with other channels. But it didn't work. There was too much interference."

"Something like the Ramayan just happens once. It cannot be done again."

Moti Sagar says he is delighted that the family's most prized output has come to the nation's rescue.

"I am so happy and delighted the our serial is being so avidly watched again after 33 years. Today people don't have to make an effort to be home on time to see it. They are confined to their homes and waiting for the Ramayan to start," says Moti Sagar.

"I am sure my father is looking down and smiling. I am sure he never imagined that his Ramayan would return to the nation's homes so many years after it was telecast."

Is the Sagar family watching the Ramayan again?

"Oh yes!" exclaims Moti Sagar. "And I will tell you one thing. It feels like I am watching a fresh serial. The beauty of timeless epics like the Ramayan and Bhagvat Gita is that they are open to a new interpretation every time we return to them."

"Today when I see the Ramayan again I realise there are many nuances and relevances that I missed the first time. I hope the younger generation will watch the Ramayan." 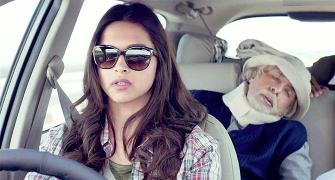 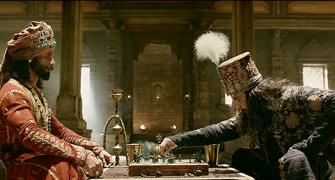 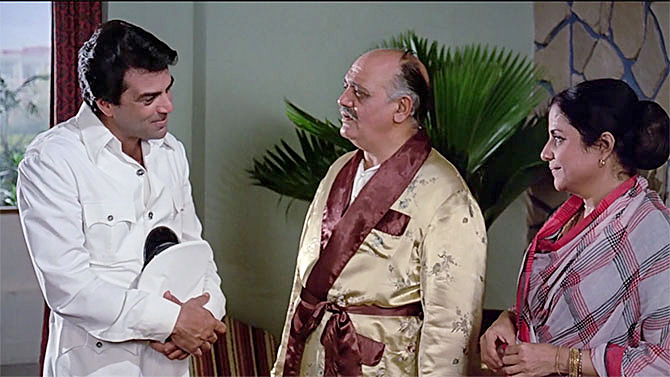