News
Business
Movies
Sports
Cricket
Get Ahead
Money Tips
Shopping
Sign in  |  Create a Rediffmail account
Rediff.com  » Movies » When did vying for attention become so evil?

IMAGE: A scene from The Social Dilemma. All photographs: Kind courtesy Netflix.com

When was the last time you had a meal without using an electronic device for company, either to check notifications from friends and colleagues or to click on items recommended by algorithms for your consumption?

What makes social media platforms the default go-to for millions of people looking to kill time, seek validation, or distract themselves from their loneliness?

Why is the digital universe so inherently alluring even though the comfort it offers is an illusion, and what it leaves people with is a feeling of restlessness?

If Jeff Orlowski's new film on Netflix, The Social Dilemma (2020), is anything to go by, there are apparently only two industries that call their customers 'users' -- the ones that sell illegal drugs, and the ones that peddle software.

Through interviews with tech industry experts who have worked for Google, Facebook, Twitter, Instagram, YouTube and Pinterest, enmeshed with a fictional storyline involving a family struggling with tech addiction, the film shows how social media is turning human beings into lab rats and zombies.

Nothing is discovered by accident; it is the advertising-centered business model that calls the shots.

The genre that Orlowski has chosen to work with -- 'documentary-drama hybrid' -- is fitting because it mirrors the shifting contours of the distinction between reality and fantasy.

To say that the film is disturbing would be an understatement.

It is designed to be so, and there are no trigger warnings here of the kind that are now placed at the start of videos, news reports and podcasts alerting users to the potential distress they might experience while consuming such content.

The Social Dilemma is clear in its intention: To jolt viewers from the reverie of a world that is programmed to deceive, plant unconscious habits, and subtly influence offline choices.

Have content creators working in television, radio and the print media never resorted to manipulation in order to increase their following?

What is so spectacularly different about the ways in which social media drives audience engagement?

Those who built this technology appear in The Social Dilemma and come clean about surveillance capitalism -- monitoring user behaviour without explicit consent by enticing them with free services -- and growth hacking, which involves hacking user psychology and creating an intimately detailed personality profile to be monetised by advertisers.

The seductive quality of the 'like' button on Facebook is not unknown to anyone who has used the platform, and there are similar design features on almost every Web site or app that is used to share personal updates, professional achievements or photographs.

What might seem like an innocuous tool to feel good about oneself, maintain ties with old and new contacts, or promote one's work, is powered by an information economy.

The momentary dopamine high becomes hardwired into a pattern where users begin to relate to social media platforms as digital pacifiers every time they run into fear, discomfort, pain or uncertainty.

Their own ability to process these emotions is affected over time because instant gratification is too tempting to resist.

While the film does an excellent job of addressing the harmful effects of social media use on mental health, it fails to probe with rigour the emotional incentives that compel users to keep going back for more.

If users are curating their lives for others to enjoy or be jealous of, is this pressure coming from the technology alone or is it born of a desire for self-esteem and social approval that has existed since time immemorial?

Is it fair to say that technology is breaking up families and communities, or is it merely filling in a vacuum that exists because individuals are feeling isolated and they are looking for connection however fleeting that might be?

The Social Dilemma comes across as unconvincing, even dishonest, in moments where tech industry experts argue that the motive behind many of the social media innovations was to 'be a force for good' and 'spread positivity and love'.

The fact that these digital platforms have been used to swing elections in the US and the UK, attack free speech in India, and instigate ethnic cleansing in Myanmar, is no unintended misfortune.

This is exactly what they wanted to do as highlighted by Christopher Wylie, the Canadian data scientist turned whistleblower, in his book Mindf*uck: Cambridge Analytica and the Plot to Break America (2019).

Regardless of the sinister plots being spun by social media companies, it is important to acknowledge that digital dependence is here to stay at least in the immediate future.

The Covid pandemic has imposed massive restrictions on human mobility and, by extension, opportunities for people to socialise.

An increasing number of people now depend on social media not only for leisure and entertainment, but also to work from home, vent their feelings, protest against injustice, find prospective partners, and stay connected with family members stuck in faraway places. 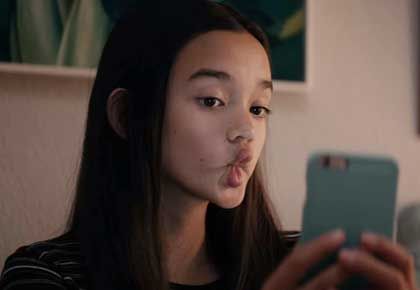