Ageing is a funny process.
After rebelling and exploring, the human being drifts to the ordered arrangement, he/she once left.
As a youngster I outgrew ABBA while my mother continued to like them.
In September 2021, when ABBA's first single in 40 years was launched, I sent the video link to my mother.
Meanwhile, now in my fifties, I find myself curious to hear ABBA's new songs, notes Shyam G Menon. 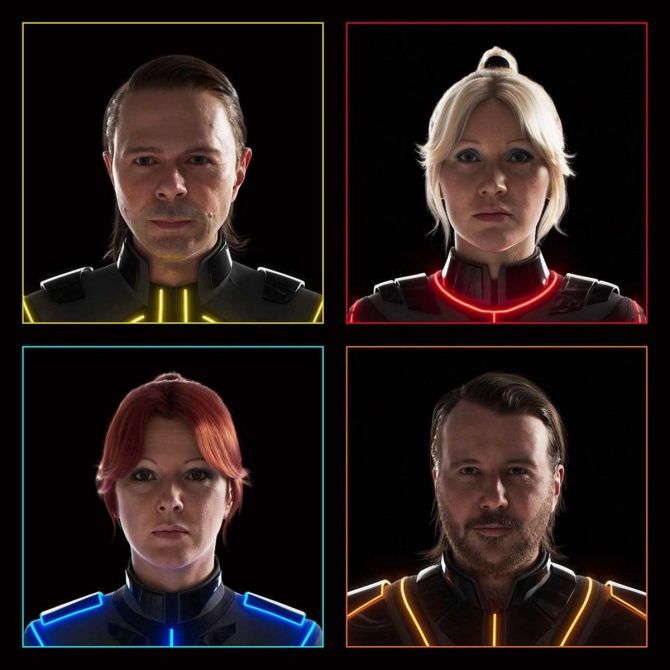 Towards the end of their latest single I Still Have Faith in You, ABBA offers a glimpse of (what appears to be) the digital avatars that would represent them in a proposed concert residency in London.

The avatars showed the band members de-aged to their best looks from years past.

The musical arrangement itself reminded strongly of the Swedish band's signature sound.

It appeared well preserved. Or, recreated well, whichever is the truth in age of technology.

The band's new songs lost no time in shooting up the charts. 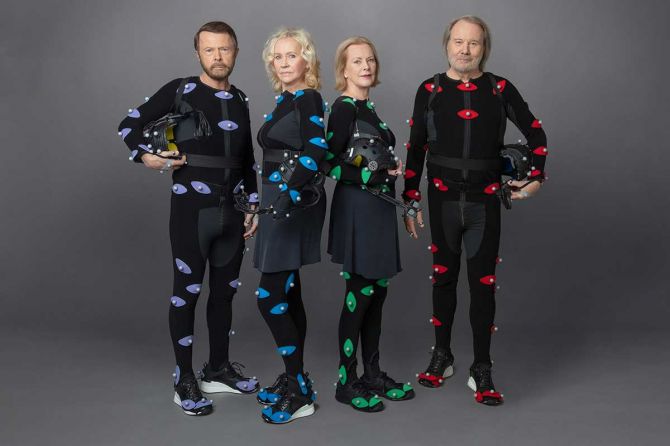 There has been much praise for ABBA's new work and also, some indifference. Not to mention articles on the business side of their reunion.

With a huge fan base and much goodwill still out there, there's undoubtedly money to be made.

The upcoming album, Voyager, we are told, could be ABBA's last as the quartet we know them to be. 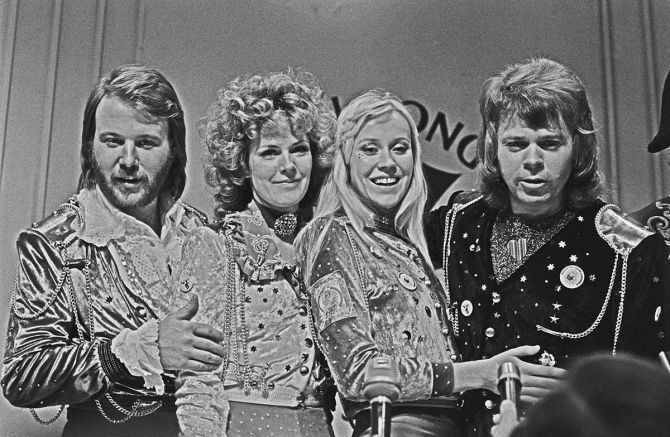 They were huge stars in a fashion that appealed to those valuing a traditional approach to music rooted in melody.

Their aural signature has been one of the most enduring, which is why even after forty years of inactivity, the goodwill towards them and their new album, remains.

That is a remarkable achievement.

But when you dissect the infectious signature sound evoking positivity and adherence to elegance, you also notice how little they challenged anything around.

Aurally, they don't betray descent from the concerns and sound of the politically turbulent 1960s and its musical events like Woodstock or even a link to the politics of the 1970s, not short of its own baggage of questioning.

I don't recall any angry singing from ABBA. No protest or politics.

They stuck to the proven essentials of music -- melody, occasionally danceable, overall enjoyable.

Aside from any excesses that may accompany stardom and cracks caused by their own success, ABBA fitted the bill as regards satisfying the sensibilities of mainstream society.

In a world that was increasingly iconoclastic, they were a band of two married couples.

Marriage and family felt secure in their music.

Break-ups became backdrop for sad, reflective compositions and loneliness was summed up in song lines like how I hate to spend the evening on my own without dipping into the deep, dark depression some artistes did.

This navigation without overtly disturbing society's perception of love, the sexes, gender relations, happiness and social order, was a critical ingredient of ABBA's appeal.

Then, when the going was good, they gave the world an unforgettable anthem for a rich man's world: Money, money, money.

It wasn't a poor milkman's wish to be wealthy as in Chaim Topol's endearing song If I Were a Rich Man from Fiddler on the Roof or a parody on consumerism like Janis Joplin's Mercedes Benz.

ABBA's 1976 song comes across like an unapologetic acknowledgement of the centrality of money.

With it, their embrace by households worldwide was probably complete. 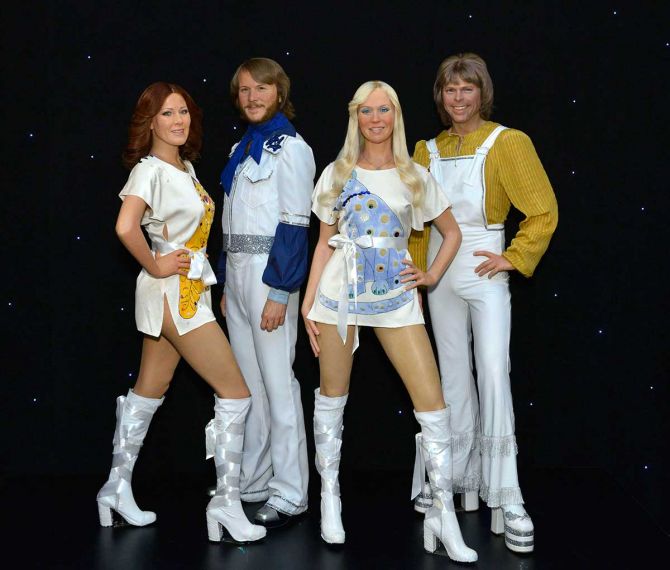 As remarkable as ABBA's signature sound has been this social signature -- they don't turn your world upside down.

Socially, they are a safe investment; all weather positive pop.

No wonder, they sold an estimated 150 million records worldwide. A good proof of their enduring appeal is the successful 2008 film Mamma Mia.

This movie, based on ABBA's songs and 26 years after their last pubic performance in 1982, was widely seen as having earned a fresh dose of fans for the band.

Ageing is a funny process. After rebelling and exploring, the human being drifts to the ordered arrangement, he/she once left. As a youngster I outgrew ABBA while my mother continued to like them.

In September 2021, when ABBA's first single in 40 years was launched, I sent the video link to my mother.

Meanwhile, now in my fifties, I find myself curious to hear ABBA's new songs.

The mood gels with these early decades of the 21st century -- it is part of a period witnessing a resurgence of heritage and tradition; most likely the caboose of a couple of generations fading.

The world is awash in the politics of the last hurrah.

But does revisiting the past mean that is where the world's best is heaped?

Rarely counted among their greatest hits, Eagle is my favorite ABBA song. It makes us soar and sense the vastness of existence. Against that sprawl, nothing is permanent. Not even ABBA.

In late August, some days before the new ABBA songs came out in early September, one of the oldest surviving rock bands in the world -- The Rolling Stones -- saw a band member, Charlie Watts, die.

After a pause to mourn, they resumed performing with a new drummer in place.

Around the same time, Genesis commenced its reunion tour. It featured an ailing Phil Collins singing from a chair, a heart-breaking sight but also commendable for the man returning to stage to connect with his fans.

And how can one forget Marie Fredriksson of that other famous Swedish band, Roxette?

Despite her long battle with cancer, she continued to perform till a few years before her demise.

Point is there is no music industry without listeners. There is no greater payback for their support than the delight of a physical appearance (and freer access to music). 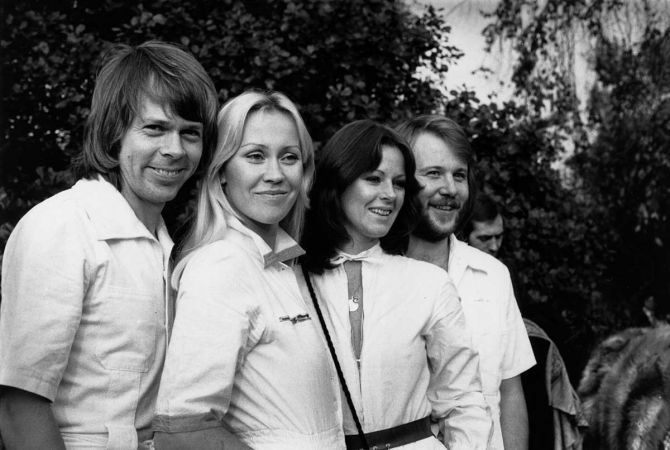 There is also another reason why rockers carry on. Nobody is so unique that s/he is irreplaceable.

The Internet is littered with fantastic bands performing covers of old songs that match the original in quality; in some cases, better than the original.

Not to mention engaging reinterpretations of the old and altogether new songs. However, being on the road, performing and creating new music, is not easy.

Everything ages. Vocal cords and limbs are not spared this rule. Practices like substance abuse worsen the individual's decline.

Earlier performance standards become tough to sustain. You may not sing at the same pitch, deliver with the same gusto or sing to packed stadiums.

Yet veterans like Mick Jagger and Robert Plant have demonstrated how vocalists can reinvent and keep journeying with no loss of relevance.

Working one's way around limitations -- even discarding old musical styles and performance settings for new ones -- is what daring and creativity is all about.

In a world of stars, Plant has been both a star and a versatile, evolving singer with a diverse repertoire of work to his credit. Or take bands like Fleetwood Mac -- together, falling apart, reuniting; they soldier on. 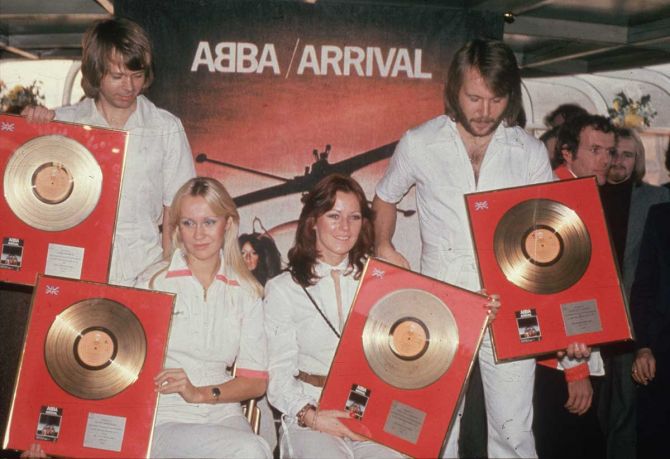 ABBA has on the other hand played within a fixed range of musical and social acceptance, they have not performed together publicly since 1982 and upon their hour of fading, opted for avatars frozen in time.

It will be a monetizable exhibit; it may even be a pilgrimage for ardent fans. But does it mean human connect?

That has been an ABBA paradox -- an unforgettable collection of generally happy, superbly executed songs but a band that feels trifle distant.

The story of 20th century music will be poorer if in the end, ABBA's legacy becomes one of pioneering digital avatars as replacement for immortality by video.

As a proposed offering, such technological innovations don't feel as warm as the signature sound they gifted the world and which carried the band this far.

However, herein lay one of the most interesting aspects about ABBA; call it a part of the earlier mentioned paradox.

Even in the 1970s and 1980s, the band's signature sound -- much loved for its positivity and warmth -- had an element of technology.

For most of us listeners, ABBA's sound is the flawless vocals of Agnetha Faltskog and Anni-Frid Lyngstad plus precise back-up by chorus and orchestra.

A less known fact is that ABBA was ahead of its time in the quality of music production the band resorted to. The techniques they used for recording and mixing have been the stuff of discussion in the media.

Sound engineering has been important in their return of 2021 too.

That crisp 'wall of sound' effect featuring vocals mixed to perfect harmony and orchestra with prominent piano notes, has to be recreated and improved upon for a new century.

From such faith in technology, to avatars, is not a big leap of imagination. 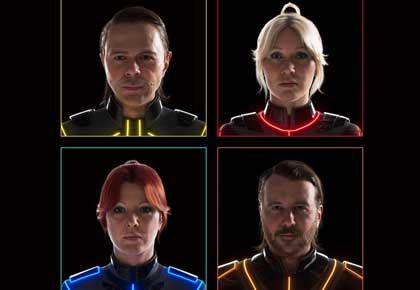 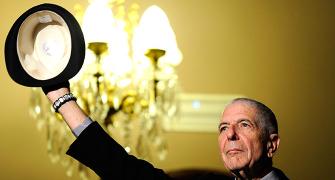 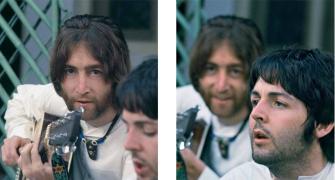 50 years on, stunning unseen pictures of the Beatles in India! 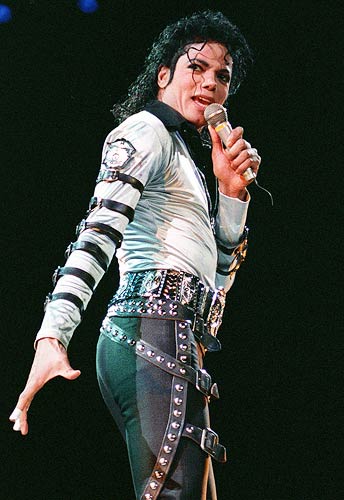