'Unless the economy is sound in the country how can only three movies collected so much business in a single day?' 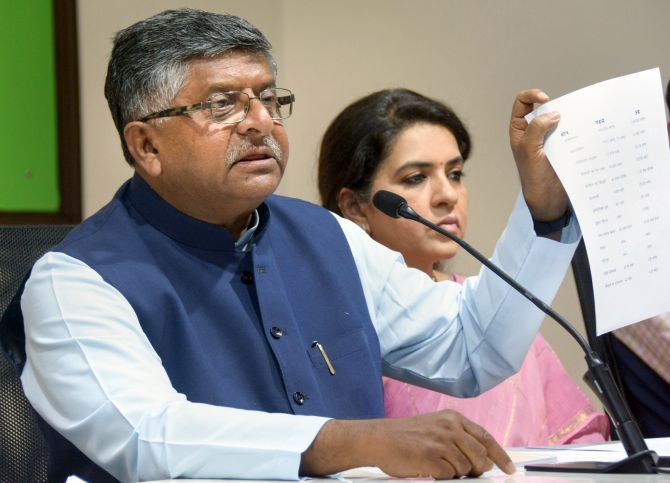 Indications of slowdown notwithstanding, Union minister Ravi Shankar Prasad on Saturday said three Bollywood movies generating business of Rs 120 crore on the October 2 holiday suggested the "sound economy" even as he dubbed "wrong" the National Sample Survey Office report which had reportedly pegged unemployment rate at 45-year high in 2017.

Days after the International Monetary Fund said the economic slowdown is more pronounced this year in India and Brazil, Prasad said the measurement was incomplete.

He alleged that some people organised against the government are misleading people over unemployment scenario.

"I was also told that on October 2, which is observed as one of the national holidays, three Hindi movies garnered Rs 120 crore business on that day. Unless the economy is sound in the country how can only three movies collected so much business in a single day?" Prasad asked while speaking to reporters.

He was in Mumbai to campaign for the BJP for the October 21 Maharashtra assembly polls.

The report had generated a lot of political heat, with the then Congress president Rahul Gandhi saying the Modi government had promised two crore jobs, but five years later a "leaked job creation report card" has revealed a "national disaster".

Earlier, Niti Aayog vice chairman Rajiv Kumar had countered the report saying, "It is not finalised. It is a draft report."

Prasad, who holds law and justice, communications and electronics and information technology portfolios, said, "I have given you ten parameters where economy is performing well, but not a single one is reflected in the (NSSO) report. Hence I call it a wrong report."

Singling out India and Brazil, IMF Managing Director Kristalina Georgieva recently said that 90 per cent of the world is likely to have slower growth in 2019.

When asked to comment on Georgieva's statement, Prasad said, "The measurement of IMF about India is still incomplete. And do not forget, India was on the 11th position when Manmohan Singh was in power; today it is the fifth largest. We have surpassed even France."

Prasad also sought to dispel the perception that the economy is on the decline, saying, "Electronic manufacturing, Information and Technology sector, Mudra loan, commerce services are performing very well. We never said that we will give government jobs to everyone."

"There are some people who have organised against the government and misleading people over unemployment," he added.

Interestingly, Prasad's comments came at a time when India slipped down by ten positions in the world competitive index report and the government data on Friday revealing that factory output has shrunk by 1.1 per cent in August, which is the poorest performance in seven years due to a sharp decline in production of capital goods and consumer durables.

Commenting on the world competitive index report, the senior BJP leader said, "Look at innovation, start-ups and market size parameters, we are improving. It is true that we have dropped on some other parameters."

India, which was ranked 58th in the annual Global Competitiveness Index compiled by Geneva-based World Economic Forum, is among the worst-performing BRICS nations along with Brazil (ranked even lower than India at 71st this year), as per the report.

The Opposition camp has been alleging that the Narendra Modi dispensation has "miserably failed" on the economic front, leading to "growing joblessness". 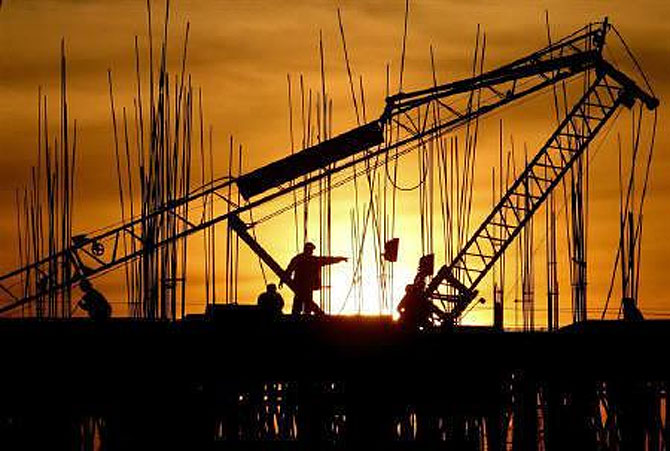