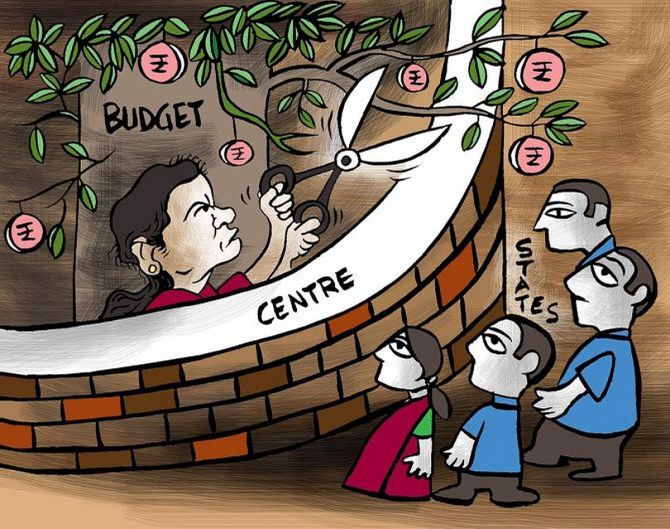 Consumers are paying an exorbitant 180 per cent tax on petrol, and 140 per cent on diesel in Delhi and in most other towns in India.

Little wonder then that the central government expects a staggering Rs 3.46 trillion by levying excise duties on retail sale of the two fuels this year, and Rs 3.2 trillion the next.

States would generally have had reason to cheer, as they command a 41 per cent share in Centre’s tax revenues.

But as the Centre has raised excise duties in the form of “cess,” the revenue proceeds are by nature not shareable with states.

Rather, the Centre has been raising cess, and cutting basic excise duties on petrol and diesel for a long time now.

For most of 2016-17, some 56 per cent of excise duty on petrol was levied as cess, revenue from which the Centre kept for itself.

Less than half the fuel revenues went to the kitty that is shared with states.

This year, only 9 per cent of excise taxes go to that kitty, followed by 4 per cent next year, according to a Business Standard analysis.

In other words, Centre now keeps 96 per cent of the exorbitant tax collected on petrol solely for itself, and does not share it with states.

Applying the share of cess in total tax in a particular period for that financial year, and adjusting for the weighted average of diesel and petrol consumption in India, a simple calculation shows that of the Rs 3.46 trillion expected from fuel taxes to Centre, states may get a meagre Rs 14,000 crore.

They would have received nearly Rs 70,000 crore had the imposition of cess been kept at 2017 levels.

There is thus a compelling case that the Centre has, in fact, bolstered a part of its expenditure effort at the cost of states’ share of revenues, especially those on fuels.

To be fair, sales tax on fuels gives states their own fuel revenue.

But their share in Centre’s tax revenue, which has no less than a Constitutional basis courtesy the Finance Commission, is being denied to them as the Centre levies fuel taxes more as cess now.

Cess and surcharges earmarked by the Union Government have grown over time, the report of the 15th Finance Commission has noted.

“Given international trends, there is a compelling case for raising India's tax ratio from both macroeconomic and redistributive perspectives, especially at the sub-national level.

"This is essential for building fiscal space, meeting social protection and infrastructure needs and driving inclusive growth,” the 15th FC report said, suggesting that taxation should be more balanced.

The scale at which the Centre has raised cess would result in Centre earning 50 per cent more revenue than all states put together, even after including their own revenues from VAT, according to Business Standard calculations.

From earning 20 per cent less than states five years ago, the Centre has come a long way to stamp its claim on taxes it collects, using the cess mechanism.

A cess is a tax levied for a specific purpose, unlike any other tax whose usage is generally not tied to a specific spending head.

But what is perhaps its most unique characteristic, is that revenue proceeds from a cess are not shared with states.

All other tax revenues fall under the “divisible pool,” and are shared with states under the sharing formula set forth by the 15th FC, at 41 per cent.

The enormity of Centre’s excesses into fuel revenues can be understood from a detailed comparison with the past.

But only Rs 9.48 was collected as Basic Excise Duty (BED), which went to the pool that is shared among Centre and states.

About 42 per cent of the shareable portion, or Rs 4 would go to states, giving the Centre Rs 17.5 per litre of petrol bought by a consumer.

Of the Rs 32.9 collected as tax on a litre of petrol today, only Rs 1.4 is collected as Basic Excise Duty (BED), while a staggering Rs 31.5 is levied as cess, including the newly introduced Agriculture Infrastructure and Development cess, none of which is shared with states.

States thus get a paltry 60 paise as their share of excise duty per litre of petrol we buy, while the Centre ends up getting more than Rs 32.

Similar is the revenue distribution on diesel sale.

States’ VAT component balances this to some extent.

Until 2014-15, when oil prices reigned high, states made more hay from fuel taxes compared to the Centre, by earning 37 per cent more from fuel sales.

Three years later, states made a comeback by raising VAT, and closed in on the Centre, earning Rs 2 trillion in 2019-20. In 2020-21, Centre has again went past states with a big margin.

A noticeable cut in excise duties seems unlikely as the Budget has accounted for strong revenues from this channel in 2021-22 as well. 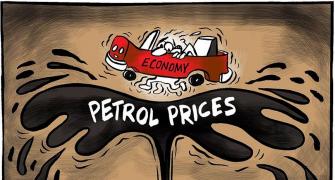 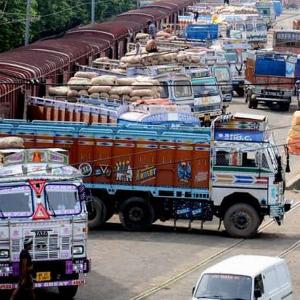