The Board of Control for Cricket in India, the richest sports body in the country, will be asked to pay taxes on income from commercial activities like the Indian Premier League, sale of television rights, tickets and advertisement from financial year 2008-09.

The Income Tax Department will soon ask the BCCI to pay the taxes under Section 11 (4) of the Income Tax Act, 1961, which deals with commercial activity of trusts. This means that the board will pay taxes at the rate of 33.99 per cent on from the current financial year.

The Central Board of Direct Taxes had constituted a committee to examine the taxability of the BCCI and is likely to recommend in the similar line, officials familiar with the development said.

The BCCI, registered under Section 12 (A) of the Income Tax Act as a trust, was availing of income-tax exemption under Section 11 by claiming to be a charitable organisation. It had said that promotion of cricket is a public utility.

"We will not issue any circular on this (taxation of BCCI). We will ask the BCCI to pay taxes on income from commercial activity," an official said.

If the BCCI does not show income from commercial activities like the IPL tourney, matches, sale of TV rights, advertisement deals and sale of tickets, the assessing officer concerned may call for separation of accounts or order an audit, officials added.

Further, the department will monitor the quarterly advance tax paid by the board.

The final scrutiny may happen after the return of income is filed in September 2009. 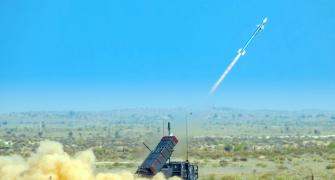