'Fear psychosis has gripped the entire world.'
'Nobody is going to enter shops freely in the next 5, 6 months.'
'Secondly, the priority has changed.'
'Now that they have seen the bottom of the economy, people will prefer to save for tomorrow.' 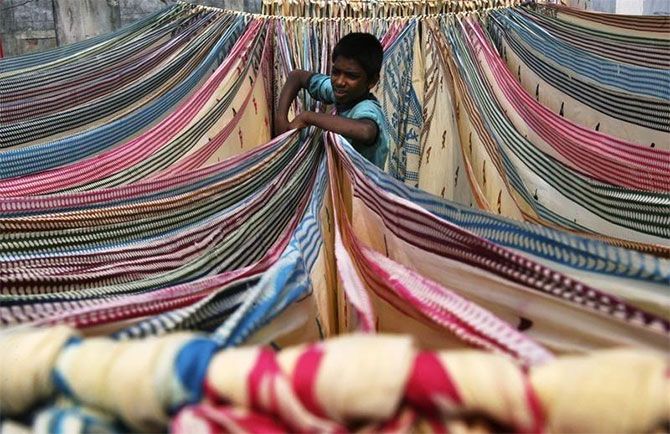 In the first part of his interview to Shobha Warrier/Rediff.com, Raja Shanmugham, president, Tirupur Exporters Association, explained how garment exporters were devastated by the lockdown.

"It will take a minimum of one-two years for the garment industry to come to normalcy," says Shanmugham, below, in the concluding segment of the interview.

Tirupur has lakhs of migrant workers working in the 10,000 factories, and there was a huge exodus from there too. When you started working on May 6, was there a shortage of labour?

So far we have not felt any shortage of labour as we are working with 50% of the labour force. And this will continue for the next six months also.

Out of the six lakh workers we have in Tirupur, our estimate is that there are about 2.5 lakh migrant labourers. The rest of them are from Tamil Nadu itself.

Around one lakh of them had gone back to their native places during Holi and are stuck there. We are sure they will come back once normal transportation resumes.

For the time being we will be able to manage with workers from the state. We have told the migrant labourers to stay put as they will miss the opportunity if they go back.

Anyway, we will not be working in full force for quite some time, and if they go back, they will not be able to come back soon.

So, their place will be taken up by workers from Tamil Nadu who will be able to come to Tirupur faster.

It must have been difficult for the migrant labourers to be far away from home and without work.

I will say the government failed to understand the sentiments of the migrant workers.

If that was done, this crisis would not have happened.

By the time we resume work, they would have slowly come back.

If they had let us resume working after the first lockdown of three weeks, these workers would have come back.

But the extension of the lockdown one after another disturbed the migrant workers very badly as they were sitting idle, away from the family.

By this time, the state administration had started enlisting the names of those who wanted to go back. These workers had no idea when there will be a resumption of work. In fact, nobody knew.

It was then that the exodus started happening. If they were sent home prior to the lockdown, they would have been back after three weeks.

Because of the ambiguity of the situation, all these people are scared and worried. All the news that was coming in the media that the lockdown would continue for a long time, also frightened them.

It disturbed them mentally, and it is but natural that they became restless.

Were you taking care of your workers?

Though the industry got economically crippled, we tried our best to give all the support for the sustenance of our migrant workers. The industry ensured that.

Later on, the political parties tried to incite the workers saying they would bear the cost of their transport, etc. That was the reason why they wanted to go back home.

How much time do you think will it take for Tirupur to go back to what it was earlier?

Like I said earlier, the cost of the dead inventory itself is Rs 9,000 crore. This issue has to be resolved amicably among the suppliers, buyers, sellers, etc. This comes under tangible loss. 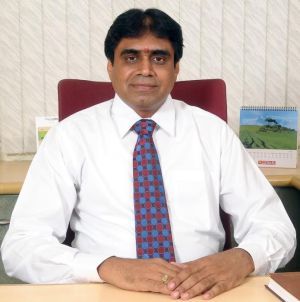 There is also a non-tangible loss because of the closedown and fear factor, and this is going to be huge.

This non-tangible loss will damage the industry badly.

Fear psychosis has gripped the entire world. Nobody is going to enter shops freely in the next five-six months.

Secondly, the priority has changed. Now that they have seen the bottom of the economy, people will prefer to save for tomorrow.

Shopping for clothing will not be their priority.

So, it will take a minimum of one-two years for the garment industry to come to normalcy.

Once Tirupur was one of the major textile exporters to the world. It is said that of late, Tirupur has lost to Bangladesh, Vietnam, China, etc. Is it because of cheap labour that you lost out to these countries?

India was always second to China in the global market. That was till 2004, when we had the quota regime wherein the quota was fixed by the importing countries based on the size of the country and the population.

That was how China got the biggest quota, and next was India.

After 2005, the global market opened up, and now everybody has a free run. In the no-quota, no-restriction regime also, China tops the world.

India has been pushed to the sixth position now. We have been overtaken by Bangladesh, Vietnam, Cambodia and Sri Lanka.

I would say Bangladesh is the winner in the game. Vietnam and Cambodia also. It is not because of cheap labour alone but because of the kind of policy support they receive.

Bangladesh comes under the underdeveloped nation category. Because of that, goods going from there can be imported in the European market on 0% duty.

On the other hand, we have to pay 9.6% import duty in the EU. So, there is an almost 10% difference in the tax structure itself.

The Bangladesh government supports the garment industry a lot because 83% of exports from Bangladesh comprises of garments only. So, the government gives a lot of importance to the industry.

In India, we are just one among the many things that are there in the exports basket. So, the attention of the government to this industry is minimum in comparison to Bangladesh.

Today, India's share in the international market in the garment sector is only 3.8% while Bangladesh has a share of 12%.

Can you believe Bangladesh imports cotton from India? We are a cotton growing country and we have a large percentage of working population, still we cannot use it to our advantage. We lag behind Bangladesh in garments exports.

What should the government be doing in such a situation?

See, our competitors like Bangladesh, Vietnam, Cambodia and Sri Lanka have this advantage of 0% import duty for their products to the EU.

Our request to the government was, until you have an FTA (Free Trade Agreement) with big markets like the European Union and the US, you provide policy support to the industry so that we have a level playing field.

The 10% import duty we have to give to the EU should be compensated by the government. Otherwise, we are starting with that 10% disadvantage.

We can beat these countries only if we have that support. When we are playing on a rough terrain, they get to play on a smooth terrain.

How bad was it for the MSME sector in Tirupur before the lockdown?

From the time the Basel norms were introduced, the MSME sector in India has been struggling.

Basel norms became the killer of the MSMEs. Under the clout of disciplining banking activities, Basel norms were introduced, but the ulterior motive was to wipe out the MSME sector.

The policies became so strangulating that no MSME would survive under the Basel norms.

If there is a non-payment in 30 days, those companies will be declared as SMA1 (Special Mention Accounts).

On the other hand, cheaters like Nirav Modi could manipulate and escape at the cost of the banks and public money.

Unlike the big companies, MSMEs have to live with the vagaries of the weather.

Earlier, four quarter norms were followed for the NPA declaration. It means after one year.

We have been vociferously demanding to relieve MSMEs from the clutches of the Basel norms.

The second reason why the MSME sector is suffering is because of demonetisation, and the third is the hasty implementation of GST.

All these macroeconomic changes disturb the rhythm of the sector.

For the last two years MSMEs have been struggling to sustain. Then came COVID-19 and the subsequent lockdown, and it has totally crippled all the MSMEs.

You have to remember the backbone of India's economy is the MSME sector which contributes 30% of the GDP, 50% of the exports and 80% of employment. 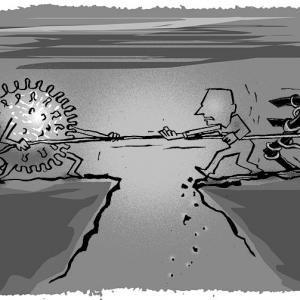