Doha-based Kajal Saini's fun take on the humble cheese-chutney sandwich has given the dish a spectacular facelift. IMAGE: When Kajal Saini shared a pic of her slipper-shaped sandwiches, little did she know that the dish would be so well-received.
The pic has now turned into a meme with people reminiscing about the times their parents warned them saying 'Chappal khaoge'.
Photographs and video: Kind courtesy Kajal Saini WATCH: How to assemble a slipper sandwich. 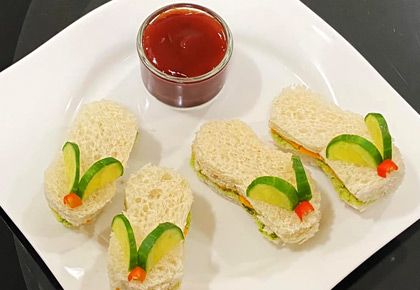 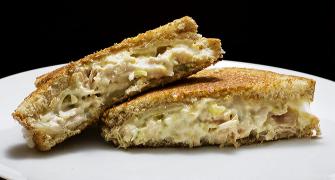 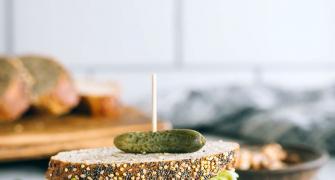 Know how to make a Bombay Sandwich? 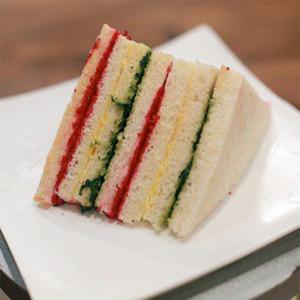 Recipe: How to make a rainbow sandwich