Rajesh Karkera/Rediff.com, who attended the Hong Kong leg of the Formula E Championship, documents life off the racing track.

Hong Kong's streets turned into a race circuit for the Formula E Championship.

It felt like a party atmosphere with part of the Harbourfront cordoned off for the race.

However, it wasn't just the adrenaline-packed race that drew huge crowds.

The Harbourfront was witness to an eclectic mix. You could spot locals making the best of the weekend with their picnic baskets in tow, tourists going crazy taking selfies, fitness enthusiasts dancing to zumba beats and performers ready to entertain the huge crowds. 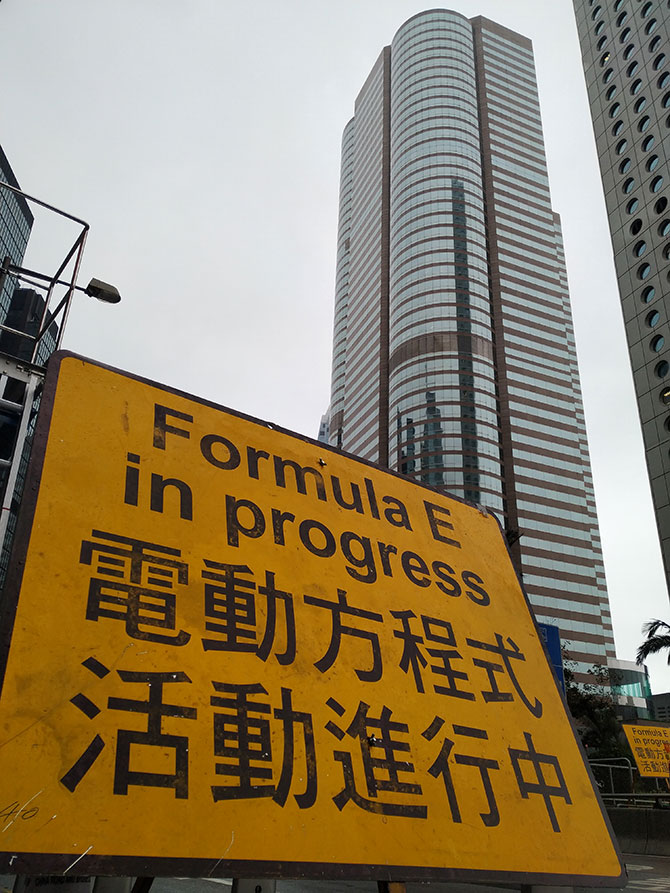 When you spot signs like these, you know that the racing venue is not far away.
The Harbourfront was abuzz with activity. Women showcased their zumba moves and singing talent. 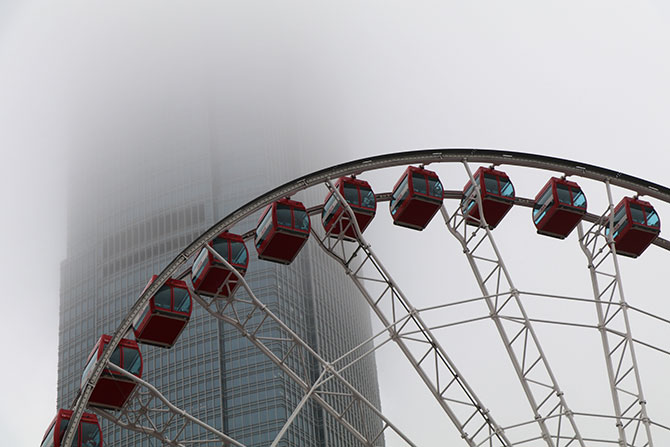 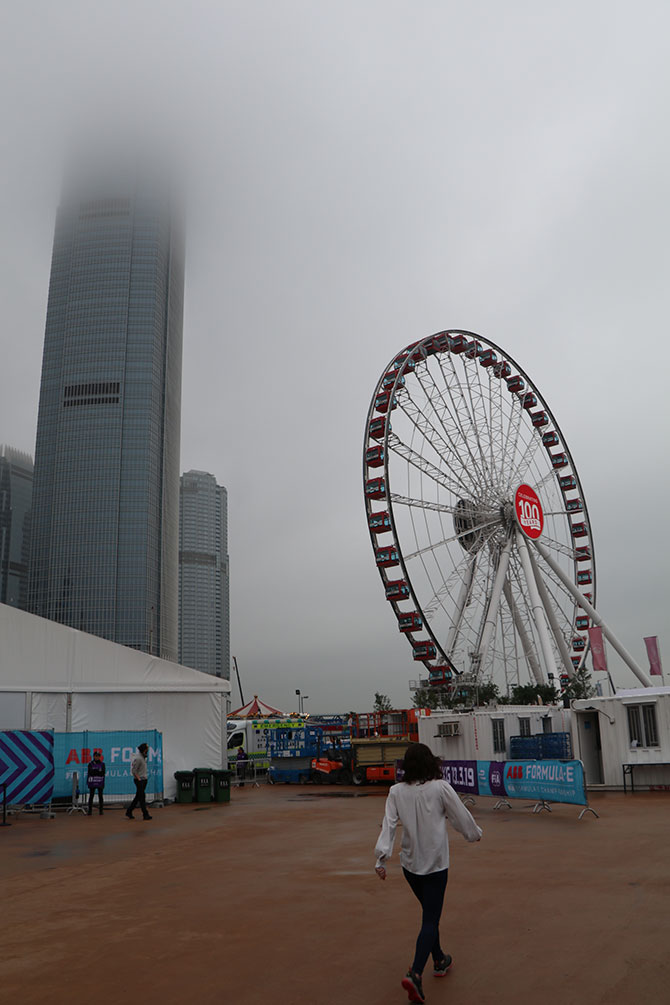 The weather may have not been apt for the racers, but it was just perfect for the visitors. 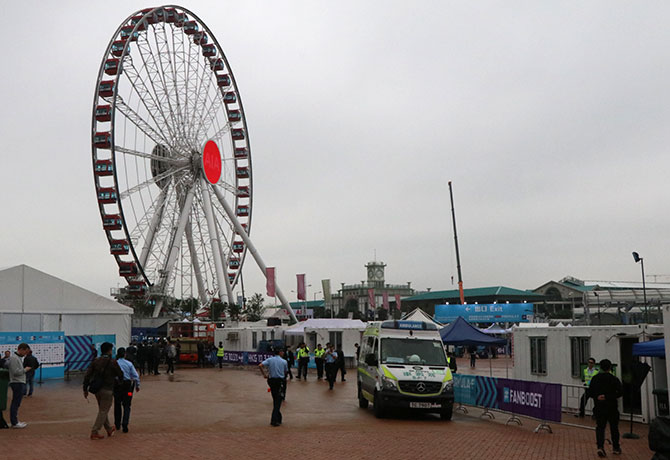 Security and medical crew all beefed up. These are regular sights one spots during racing events. 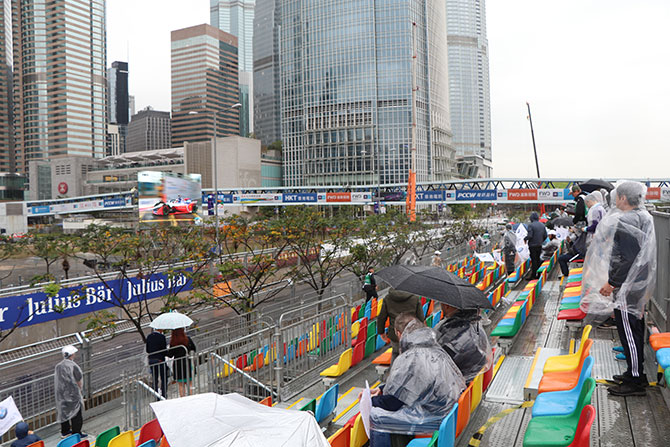 Even before the race could begin, people crowded the stands to watch the racers practice. 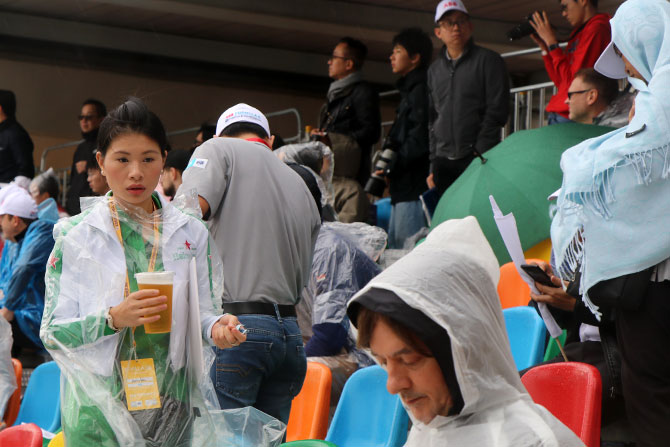 Food and beverages kept pouring in to ensure that one went hungry or thirsty. 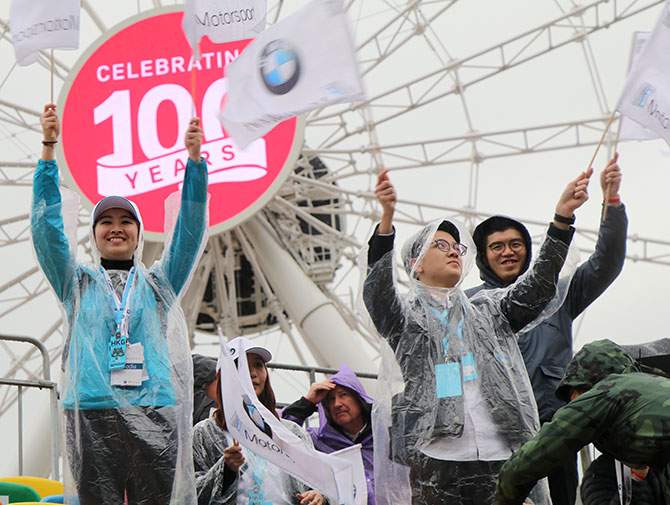 One could only spot happy faces everywhere. People cheered for the racers from the stands... 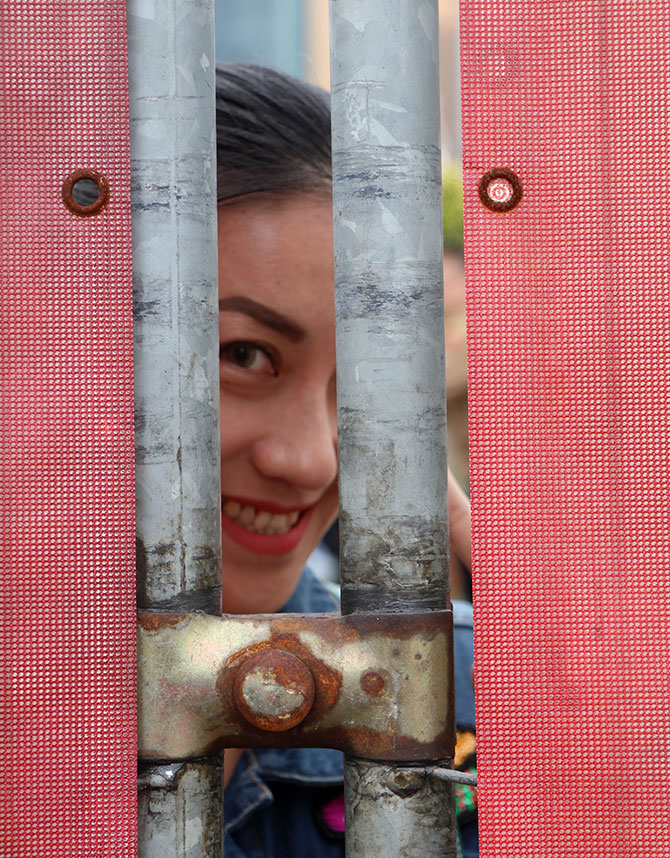 ...and others like Kimi, who didn't have tickets to see the race from the stands, watched from the outside with a smile on their faces. 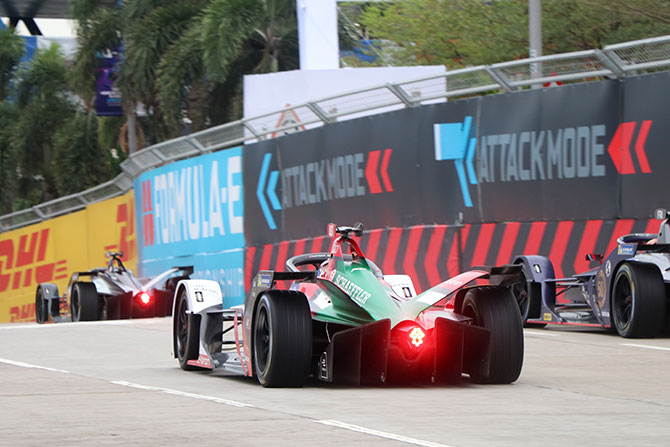 Kimi loved watching the Formula E cars whiz past. Don't miss those red lights. They resemble some power boost from a sci-fi film. 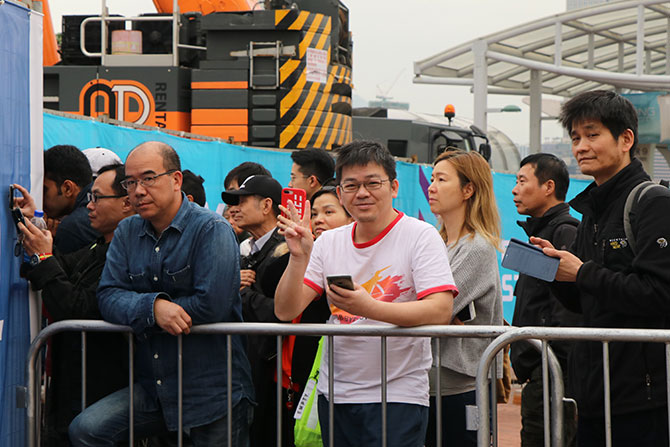 No tickets? No problem. Enthusiastic fans didn't let anything dampen their mood. They formed queues and ensured that everyone got a chance to take a look at the racing action from the sidelines.
Exclusive garage tours were another attraction at Formula E. 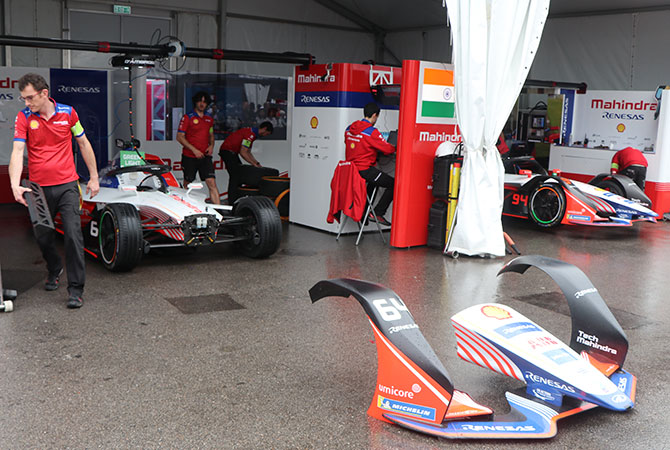 It was from here that one could get a close view of the mean machines. Meet the members of Mahindra Racing, the only Indian Team to participate in the race. 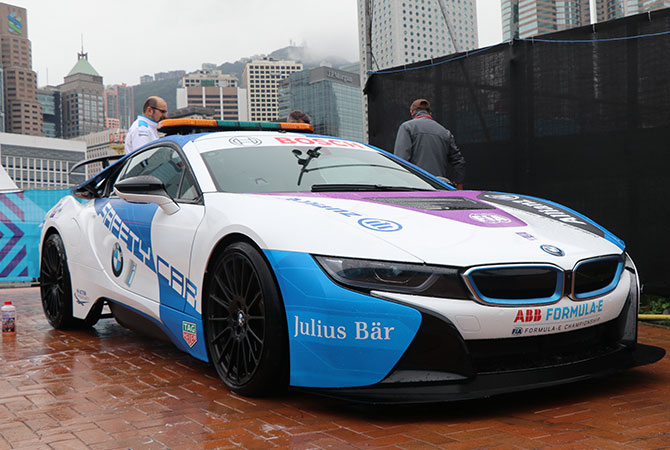 Not to be missed was the BMW i8, the safety car at Formula E. Awww! Who can refuse such a cute handshake? The Michelin man won this little girl over with an adorable handshake. 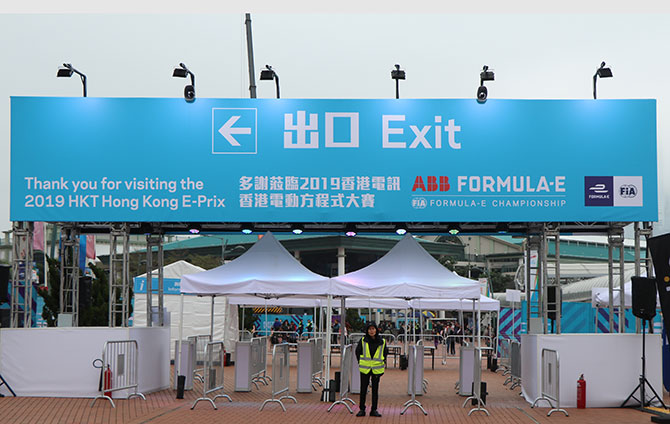 You'll always come back to this venue for more of the racing action. 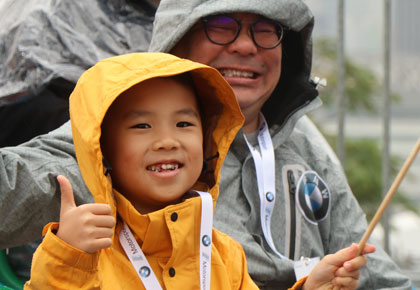 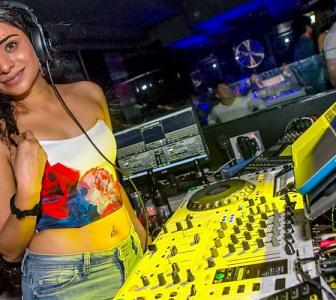 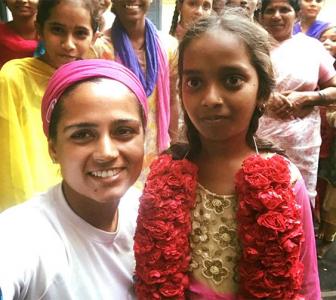 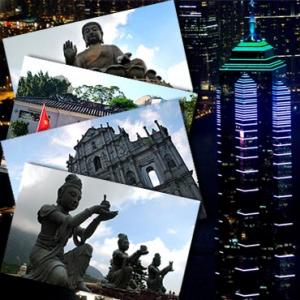 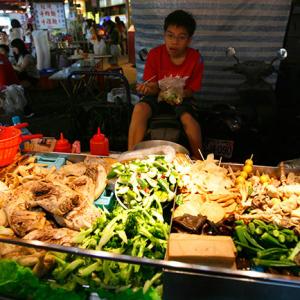 6 night markets in Asia waiting to be explored