News
Business
Movies
Sports
Cricket
Get Ahead
Money Tips
Shopping
Sign in  |  Create a Rediffmail account
Rediff.com  » Getahead » 'Be proud of your cycle and your body'

'Be proud of your cycle and your body'

UNICEF India has teamed up with social media influencers to raise awareness about women's health and menstrual hygiene.

Ahead of International Menstrual Hygiene Day, celebrated May 28, UNICEF India has launched a unique campaign -- the Red Dot Challenge.

As part of this challenge, the UNICEF has partnered with actors, models and social media influencers to talk about periods and the importance of menstrual hygiene.

What is the Red Dot Challenge?

According to the UNICEF, globally, '2.3 billion people lack basic sanitation services and in Least Developed Countries only 27 per cent of the population has a handwashing facility with water and soap at home.'

Managing periods at home is a major challenge for women and adolescent girls who lack these basic facilities at home.

About half of the schools in low-income countries lack adequate drinking water, sanitation and hygiene, which is crucial for girls and female teachers to manage their period.

These inadequate facilities, according to the organisation, can affect girls’ experience at school, causing them to miss school during their period.

To raise awareness about these issues and encourage good hygiene habits, UNICEF India wants social media influencers to post a picture of a red dot on their palm and express their thoughts about menstruation to end shaming and stigma associated with it.

See how these celebrities have joined the cause! 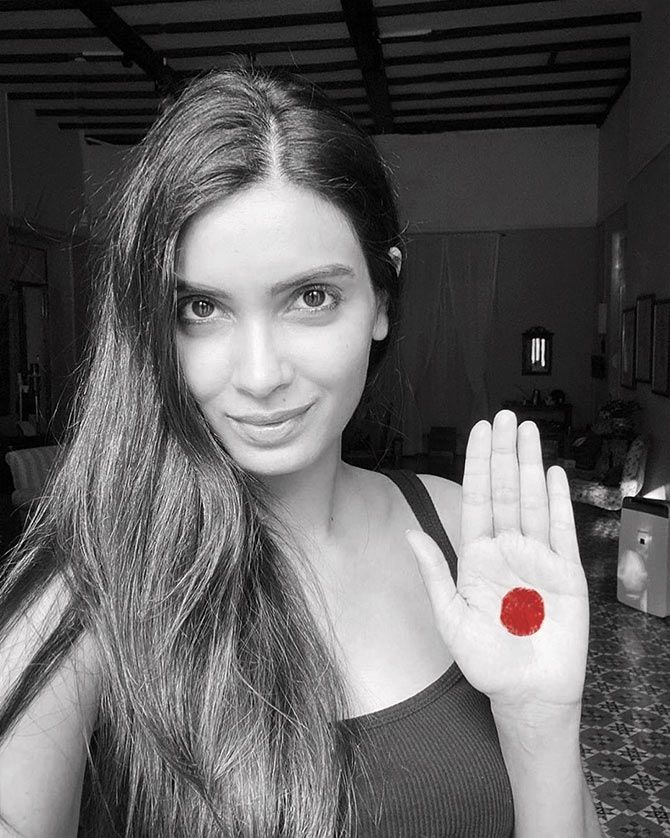 'It’s about time we put a ‘period’ to period shaming. Cos there’s no shame in it,' Diana Penty wrote.  Photograph: Courtesy Diana Penty/Instagram 'Literally two months have gone by, I’ve sat here and waited for the one thing that is constant in the world of absurdity around us.
My periods,' actor Kubbra Sait described while raising awareness about the cause.
'This lockdown has given me the time to take it easy on my body... rest well... stay hydrated and love myself.
'I hope you’ll do the same now and through and through this time.
'Be well. Be healthy. Be proud of your cycle and your body.' Not just women, the cause also attracted attention from men.
Sharing his views, Edward Lalrempuia, fashion director, Bazaar India said: 'In India, as a society we have harboured a lot of stigmas around women, their choices, their clothes, their right to motherhood or not, their beauty, their period. It is not our business, it is theirs! Let them individually decide what works best for them and what doesn't.'
'Support, don’t shame the period,' he added. 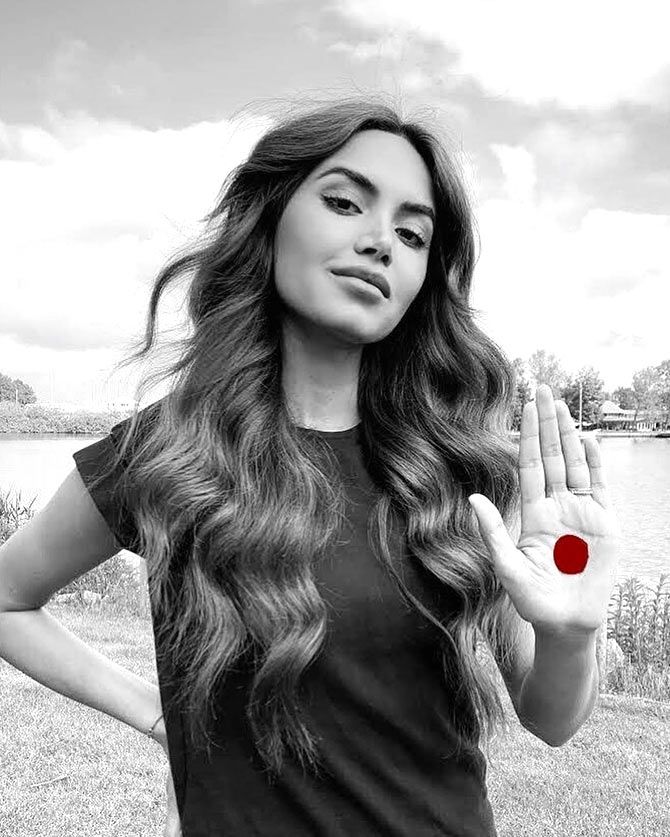 Amsterdam based influencer Diipa Buller Khosla who has a million followers on Instagram has been working with UNICEF India since 2019.
Sharing her journey, she said: 'A year ago @UnicefIndia and @post.for.change teamed up for Menstrual Hygiene Day and by using the power of social media reached a 110 million people (!!!) with the #reddotchallenge.'

'Together with these influential men and women we will make a stand here today with all those who feel the same. For the time that girls feel afraid or ashamed of their natural cycle is over. #reddotchallenge -- 10 days long we post together. Until International Menstrual Hygiene Day on May 28th.'
'May this be the beginning of a new, shame free era!!' Photograph: Courtesy Diipa Buller-Khosla/Instagram 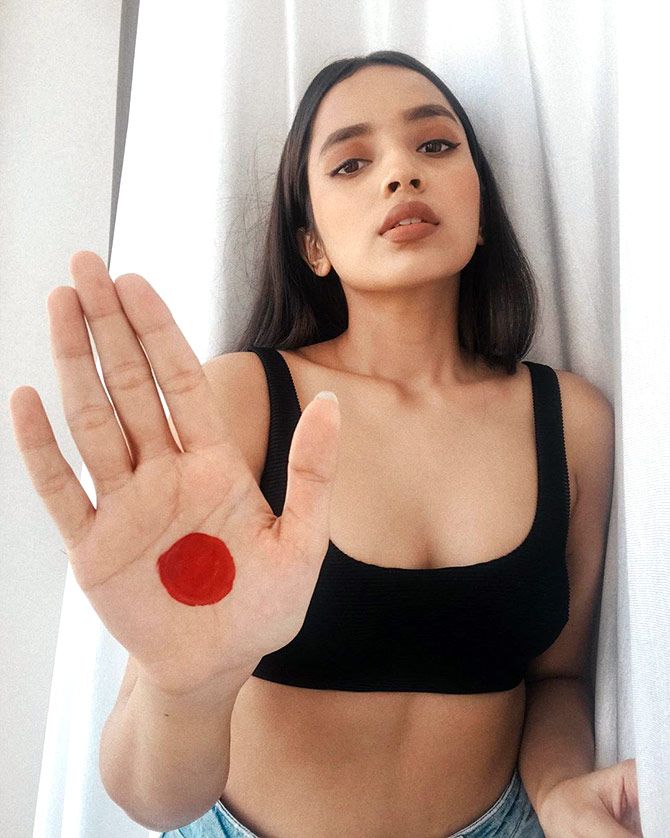 Turns out the challenge is already trending and has become a conversation starter.
'I am proud of being a woman and every bit that comes with it,no shame attached,' wrote Diksha Rawat, a young social media influencer who is doing her bit to raise awareness. Photograph: Courtesy Diksha Rawat/Instagram 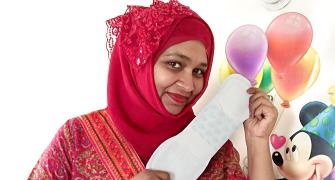 THIS photograph is the real impact of #PadManChallenge! 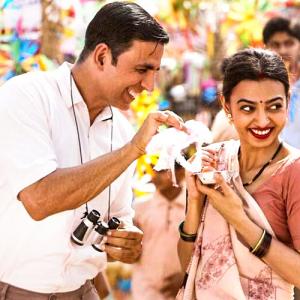