Modern rendition of the traditional sari.

The event was attended by the legendary Anna Wintour, editor-in-Chief, Vogue, Global Content Officer, Conde Nast -- which publishes Vogue, the New Yorker among other magazines -- and was apparently the model for Meryl Streep's role in The Devil Wears Prada. IMAGE: Mira Kapoor's Peachoo The Label sari with embroidered details forced us to rethink if the six yards of elegance is the new red-carpet favourite. IMAGE: Masaba Gupta's raging rani pink Chanderi cotton sari had the words 'Where Is The Print Masaba?' inscribed on the pallu.
'The Masaba Print story has existed for over a decade... running well into the burgeoning copy market of India. The one thing that has set us apart, but also one that limits us from time to time.
'So, with a little help from everyone... the question itself became the print and before I could be asked where my signature style was I decide to wear it on my sari,' the designer posted on Instagram. IMAGE: Men in skirts are not such a bad sight after all!
Vijay Varma's all-black Arjun Saluja outfit, the skirt especially, made waves for all the right reasons. IMAGE: Rockstar or disco dancer? Dressed in Gucci and Adidas,Ayushmann Khurrana looked like he'd break into a dance any moment. 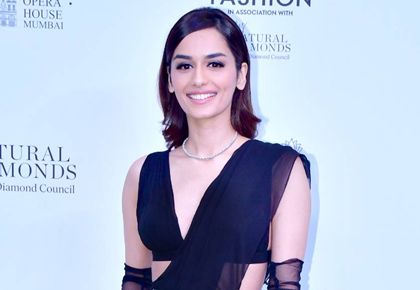 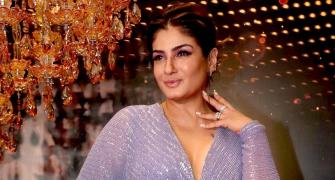 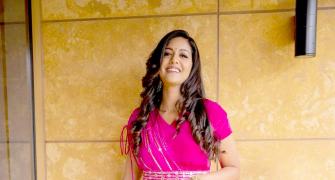 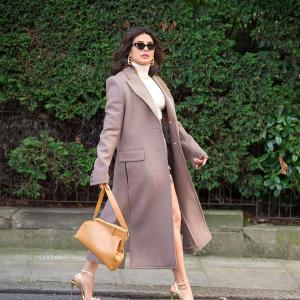