Will's Slap: How To Handle Aggression At Work

In interactions at work: Be sensitive, be authentic, keep your conversations respectable and transparent, respect confidentiality, be willing to listen, willing to forgive, be accountable and if required willing to apologise, advises Dr Ankkush Puri. 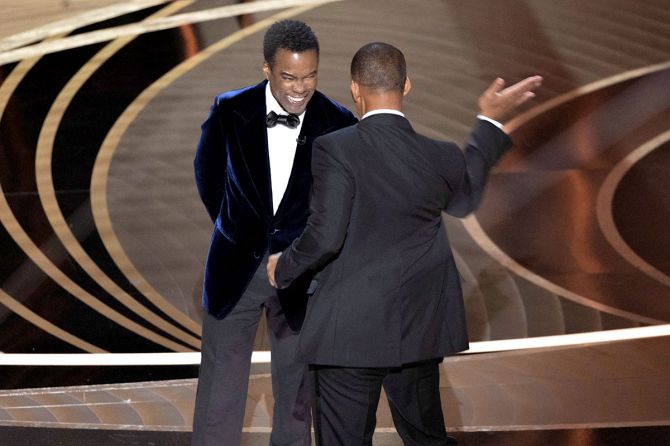 On Monday, actor Will Smith issued an apology to comedian Chris Rock for his unpleasant behaviour at the Oscars.

Smith slapped Rock after the comic cracked a joke about Smith's wife Jada Pinkett-Smith, which didn't go down well with the actor, provoking the violent reaction.

By his apology, Smith realised that no kind of violence can be justified and is unacceptable.

Having said that, I hope Chris Rock tenders an apology too. Because unsolicited humour can be as hurtful as physical abuse.

Humour is like transgressing somebody else's self esteem zone.

An assault on the self respect (physical, bad humour, acrimony, sarcasm) results in a few minutes of physical/emotional pain, but years of mental trauma. It could result in permanent psychological and personality shifts. The individual at the receiver's end could feel violated for years.

It needs strong people and a lot of emotional strength to prevent an amygdala hijack -- a situation when emotion takes over.

While we do understand what is 'acceptable' behaviour, yet if a senior colleague did demonstrate 'unacceptable' behaviour at the workplace, s/he has not only violated the organisation's cultural fabric and value shield, but also risked it further by creating room and space for a retaliation, justified by an amygdala hijack.

Unless this behaviour is strongly condemned and called out, it could trigger a chain of such behaviour in the future.

How to handle aggression at work

The first task is to draw a line between professional and personal interactions at work.

What I have picked up as a mantra, in my learning journey is -- draw a distinction between the Role and the Individual, who is playing that role.

Every single individual around you is playing a role and you need to consciously make an effort to remind yourself that in a given capacity, some other role is passing a message to the role you are playing.

You need to be courageous to listen to it as a professional and not personalise it. So you are applying the mantra to yourself and the other person at the same time.

It takes time to practise it, but the moment you are able to depersonalise your professional conversations, you have dealt with more than the majority of your emotional reactions.

In the true capacity of your role, you still find something unacceptable, then it's time for some transparent assertive communication.

I've learnt another beautiful line that says: Somebody else can insult you, only if you have permitted them to.

Solicit a private time for a personal conversation, make it authentic, keep it respectable and keep it transparent. Be willing to listen, willing to forgive, accountable and if required willing to apologise.

In personal interactions at work, I'd like to repeat what I just mentioned earlier -- Be sensitive, be authentic, keep your conversations respectable and transparent, respect confidentiality, be willing to listen, willing to forgive, be accountable and if required willing to apologise.

The more we practise this regularly, the lesser the probability of finding ourselves in an emotionally charged situation, at work.

What to do if you are assaulted/abused/bullied at work?

The first act should be to introspect -- reflect on your own actions/behaviour.

Consciously or otherwise, have I transgressed some boundaries?

If the answer is even a partial yes, an apology is something that will help you for long and leave the other person solely bearing the responsibility for her/his actions.

In case you do feel it was unsolicited, unprovoked -- it's time to avoid the traps of an amygdala hijack or 'what will the world think of me if I do not retaliate?' ego.

It's time to collect yourself, leave the scene, gather yourself and then evaluate whether you can and want to charter an independent conversation with the other individual or would you need support from other stakeholders.

You could also then decide, when and where would you like to have the conversation.

Whatever you may choose, some golden rules stay -- be authentic, be respectable, be transparent, be willing to listen, willing to forgive, accountable and if required willing to apologise. 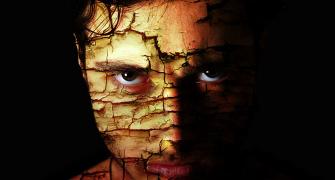 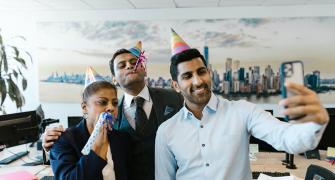 10 Tips to REDUCE STRESS At Work 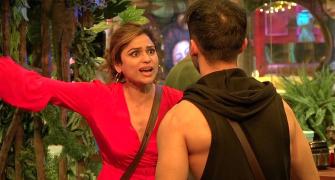 6 effective, healthy ways to deal with your anger