If you poke a two year old, he will on reflex take a swing at you.

But the blow coming from a child who is two isn't considered bad behaviour. Cute, perhaps.

Human beings are hard-wired to be angry, and children at that stage are only being themselves -- children who are still to learn the social cues that make them more self-controlled.

But what happens when an 11 year old kicks and screams because his parents have failed to serve him his favourite pizza for dinner?

Or when a 12 year old abuses his mother because she has refused to buy him the latest iPhone?

Tempted as you might be to shake your head at kids today and how much better things used to be in your days, doctors warn that children aren't the problem. Rather, it is their inability to use anger in a constructive manner.

When children lack skills to cope with their frustration, they express it in unhealthy ways and, over time, their resentment could turn into a seething cauldron.

Before the 16 year old accused of murdering a Class II student at Ryan International School in Gurugram retracted his 'confession', the investigating officers had said that the boy had told them that 'his mind went blank and he committed the act'.

The investigators also said that as they worked back on his life from the day of the crime, and as details about his troubled family trickled in, it emerged that the student was struggling not just with his studies but also with tonnes of anger.

"Anger is a completely normal emotion but it becomes problematic when children fail to express their frustration in meaningful ways or when they do not have a safe space to talk about their feelings," says Amit Sen, psychiatrist at Children First, New Delhi.

"Unfortunately, until a crisis happens, parents and teachers miss all the signs of trouble."

Tempted as you might be to shake your head at kids today, doctors warn that children aren't the problem. Rather, it is their inability to use anger in a constructive manner.

The tell-tale signs vary in boys and girls. Boys are, by and large, externalisers, whereas girls tend to internalise things.

When dealing with stressful environments -- such as abusive parents, poor academic results or lack of social acceptance at school -- boys tend to resort to attention-seeking, aggressive behaviour, be it bullying or bragging about their capabilities.

Girls are more likely to become anxious or depressed and veer towards self-harm.

A child's anger or aggression is usually a plea for help, but when parents or teachers respond to such behaviour with anger or punishment, they completely miss the child's suffering and make matters worse, says Sen.

Although some children are temperamentally more inclined towards becoming aggressive than others, such behaviour is usually an acquired trait.

"Children rely more on their emotional capabilities rather than their logical or reasoning side of the brain. The logical part of the brain function doesn't mature till the age of 25," says Monalisa Palit, a clinical psychologist at the Vidyasagar Institute of Mental Health, Neuro and Allied Sciences (Vimhans), New Delhi.

So, a child whose parents respond to his anger by indulging him or buying him whatever he wants may quickly learn to believe that "he can have his way with anything if he is angry," says Palit.

Or a child who sees his father browbeat his mother into silence during arguments may start to mirror that behaviour, making the acquired trait his second nature over time.

Doctors believe these children are the ones who are more likely to turn into aggressive adults or get into trouble later in life.

In May last year, a first-year college student, the son of a Mumbai policeman, stabbed his mother to death because 'he was tired of the constant bickering over his poor grades'. It later emerged that the parents were also constantly fighting with each other.

"Those who see their fathers abusing their mothers will pick up that behaviour because children are unable to process information and they will model that behaviour from an early age," says Sen.

When dealing with stressful environments, boys tend to resort to attention-seeking, aggressive behaviour.
Girls are more likely to become anxious or depressed and veer towards self-harm.

The signs are usually present at least two years before a major outburst comes to light.

"But most Indian parents turn a blind eye to their child's aggression, hoping they will learn to manage frustration and become well-behaved as they grow up," says Manju Mehta, former professor of physical psychology at the psychiatry department, All India Institute of Medical Sciences, New Delhi.

The line between what constitutes aggression and what doesn't is also often fluid in India.

"Theoretically, any kind of verbal or physical abuse aimed at hurting others or oneself is considered aggression," Mehta says.

But often, the boundaries of what qualifies as aggression are pushed further afield by parents and children alike.

It is not unusual for Indian parents to find their children's temper tantrums cute, she says, encouraging the child to become even more set in his ways.

"The older the child gets, the more difficult it becomes to change his acquired behaviour," says Sen.

More often than not, an angry child would know he is angry and may express remorse or regret later, but lacks the tools to cope with the anger.

There is also always a trigger for the rage -- say, the child has lost his pen or his favourite shirt is torn.

But, for parents, the alarm bells should go off immediately if the anger is out of the blue or is out of proportion to the provocation, Mehta explains.

Psychologists and psychiatrists map anger on a scale of 1 to 10, where 1 is acceptable anger and anything above 5 requires urgent intervention from doctors.

An example of a scale 6 anger, says Mehta, would be if a child is provoked by seemingly harmless teasing and resorts to beating the teaser at the slightest provocation.

If the behaviour is repeated, she says, help should be sought.

A scale 10 anger, on the other hand, would involve physiological changes such as palpitations, trembling, flushed complexion, swearing and the child throwing things around with the intention of harming others or himself.

'Anger is a completely normal emotion but it becomes problematic when children fail to express their frustration in meaningful ways or when they do not have a safe space to talk about their feelings.'

The goal of therapists when dealing with these children is to help them learn skills in impulse-control and give them the tools to modulate their anger.

The use of prescription drugs is rare.

Apart from relaxation techniques and ways to distract their mind when faced with triggers that make them angry, children are taught about constructive criticism.

If a child is angry because he is not accepted by his peer group, or because his friends don't like him, he is encouraged to see the problem from the other side -- for example, what he can do to make himself liked, says Mehta.

"It takes around six months, sometimes longer, but eventually children start to get calmer and turn around." 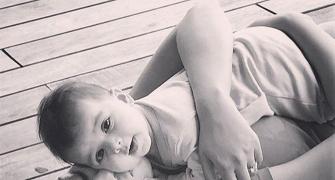 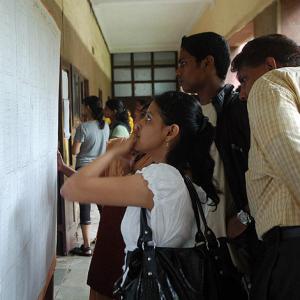 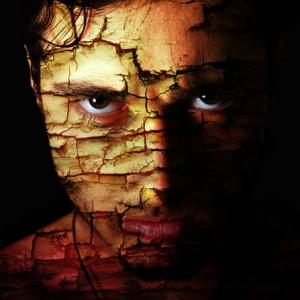