In barter, you have the choice of picking up a product that's available with the barter company in exchange for the stuff you want to discard.
Priyadarshini Maji reports. You've been rummaging through your drawers and find plenty of worthless stuff you'd much rather discard -- old utensils, clothing, the dinner set you received as a wedding gift, and a whole lot of knick-knacks you're never ever going to use.

You could simply give some of it away to the needy, and sell off most of what's left for less than peanuts to the scrap dealer.

But wait a bit.

You would have heard the old saying: 'One man's trash is another man's treasure'.

What this typically means is that what may be worthless to you, may be of value to someone else -- and vice versa, of course.

It is this wisdom that is being cleverly employed by some barter companies that are willing to help you swap goods with someone else.

While barter is probably as old as the homo sapien himself, there are practical difficulties in doing a deal by yourself in today's complex world.

You first have to find someone who likes your junk.

Then, you must like the stuff that's useless to him.

And thirdly, both of you must be satisfied that a swap would be a fair deal.

Tough, ain't it? This is where barter companies step in with their sophisticated techniques.

Present-day barter works a little differently from online platforms such as Olx and Quickr, where you quote the price for the stuff you want to knock off.

In barter, you have the choice of picking up a product that's available with the barter company in exchange for the stuff you want to discard.

Products are available across various categories, such as electronics, automobiles, furniture, crockery, clothes, books, games and music, and the best part is that you can even swap various services you don't require, such movie tickets or event passes on some of the more popular online barter platforms such as AdalBdal, barter.li, BarterDaddy, Let's Barter, Network4Barter, Faida.com.

Says Raakesh S Bhatnagar, chief executive officer, Network4Barter: "The barter system in India has been gaining popularity. Today, it is quite common to find lawyers exchanging legal services for hotel rooms, and designers exchanging their services for gifting."

"A number of professionals trade their own products and services for various requirements," Bhatnagar adds.

To get started with these platforms, you need to upload a picture of the product or service with a description, along with your KYC details.

Interested people will get in touch with you through the in-app chat feature.

Most of these platforms do not charge anything for basic listing of your product, but there is a fee for premium visibility, in which your product reaches a much larger audience.

For instance, the paid-only premium feature of Let's Barter boosts your listing by including specified searches based on your area, and notifications for a specific product.

For every deal, Network4Barter charges 10% of the product plus tax as transaction fees from the buyer, payable in cheque only.

Says Bhatnagar: "We are paid 10% of the value of a product or service decided by both the parties. This value may either be negotiated or it could be the current market value."

The system, however, is not all seamless.

Says Shane Chopra, director of sales, Win Media 360, a barter trade platform: "There are various challenges in the process."

"For instance, a transaction can take place only if two parties have something the other person wants. The value of the products up for exchange might not be the same, but the two parties should agree with each other's goods and services."

Yet, bartering online makes sense, as you have a whole lot of potential swappers to choose from.

The swapping also has to happen simultaneously and cannot take place separately.

So, if one of the parties backs out for any reason, the transaction cannot take place.

Exchanging can also get complex.

For instance, once you put up an advertisement on BarterDaddy and get a matching offer from a potential customer, the transaction does not take place on the Barterdaddy platform.

You will be taken to another portal, where you must directly contact the counterparty and conclude the deal.

Most barter companies even let their parties meet each other if they live in the same locality or within a certain radius, to see the products before bartering.

The other limitation of barter is that you can only swap your product and aren't allowed to sell.

Says Bhatnagar: "If one does not find anything useful in exchange for her/his products, s/he will not be paid in cash for it. One needs to compulsorily choose from what is available on the platform."

If, however, you do not find anything you want in exchange for the product or service you are offering, various companies give you the option of an in-house credit facility.

Using this feature, you can later choose something of the same value from the platform, but you will not be settled in cash.

Ayub Nanda is a creative designer from Gurgaon.

On one of the barter platforms he found an online company which wanted advertisement designs made for them.

However, the payment was not made in cash.

Instead, he got credit equivalent to the value of the contract on the barter platform, which he could use to pick up anything worth Rs 150,000 that he wanted from the platform.

But if he chose something of higher value, he would have to pay the difference to the barter company and not the other party, in cheque. 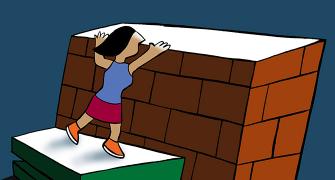 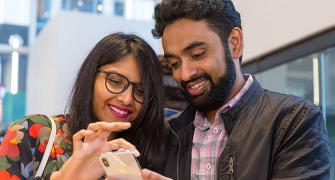 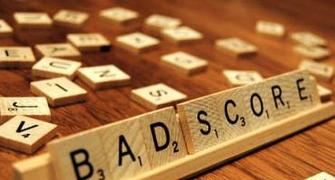 Have a bad credit score? Read this 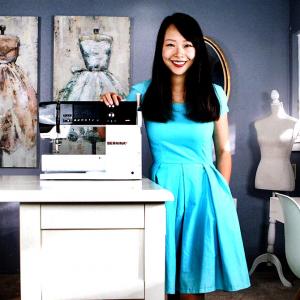 Inspiring! This mum recycles old, ugly clothes to save money 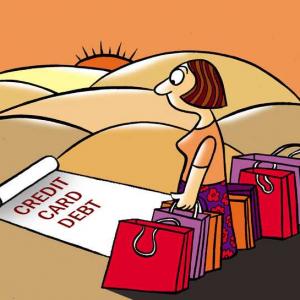