Party time? This Sony speaker will steal the show

Erick Massey compares the SRS-XB22 with the SRS-XB32 and one speaker is the clear winner. 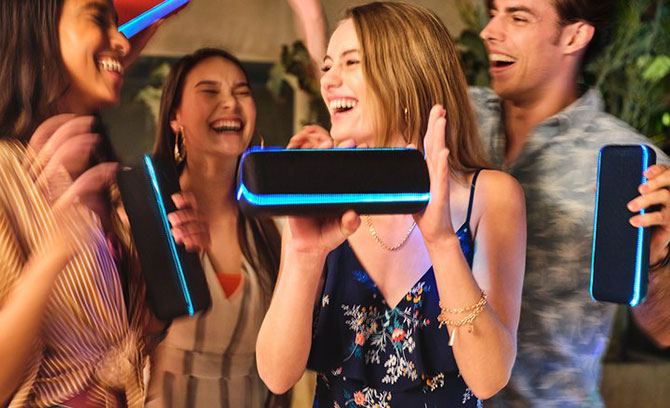 IMAGE: Tap the speaker to make sounds like a scratch, snare, kick drum and cowbell. All photographs: Kind courtesy sony.co.in

With portable speakers catching everyone's fancy and companies spoiling us for choice, it might get difficult to pick a perfect audio companion.

I recently came across two portable Bluetooth speakers from Sony -- the SRS-XB22 and the SRS-XB32 -- and here are my two cents:

First, those who love to party at home will instantly connect with these speakers, with additional light work on their body adding to their appeal and complementing the signature Sony sound.

While Sony's audio is usually loaded with punchy bass, on these speakers the treble also sounds sweet.

Launched in June 2019, both the SRS-XB22 and SRS-XB32 have the same design and share similar features.

What differentiates the two are the multiple RGB LED light patterns, battery life and, of course, the latter version's sound quality. 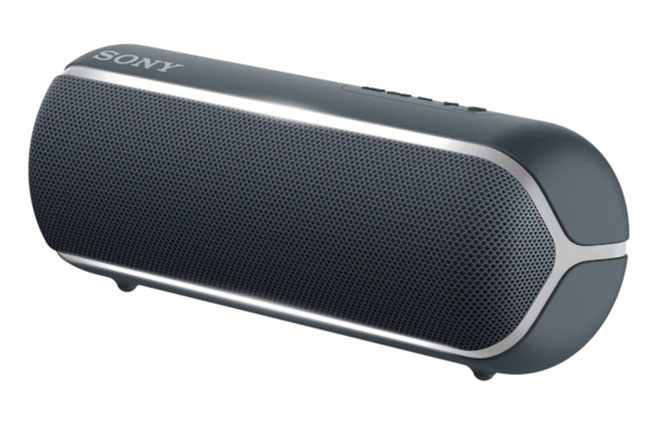 IMAGE: The SRS-XB22 has a white LED strip.

Talking of the SRS-XB22, this pint-sized speaker has an LED strip around the front grille that emits only white light and has just two light sources.

The sound quality is decent, with bass and treble tuned well.

This speaker offers 12 hours of battery life in standard mode, but it comes down to 9-10 hours with extra bass and lights. 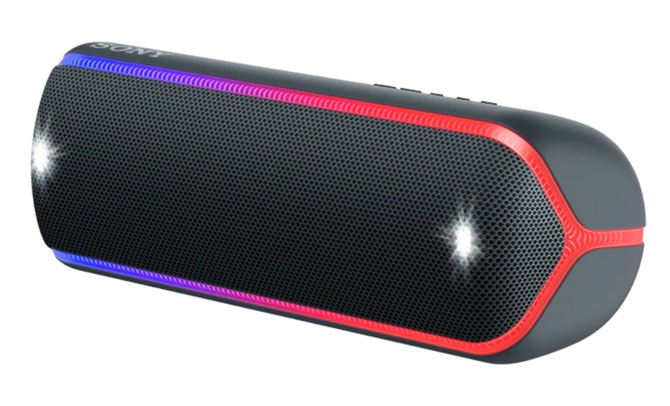 IMAGE: The SRS-XB32 has a RGB LED strip.

The SRS-XB32 has the RGB LED strip emitting multiple colours and two strobe lights on both edges.

The light patterns can be customised with Sony's official app.

The SRS-XB32 can easily last for around 24 hours in standard mode; this comes down to 13-14 hours with extra bass and lights.

What's more, it also works as a power bank: It has a port that you can use for charging your phone.

Both speakers take their own sweet time to charge.

A quick-charge feature would have added to the experience. 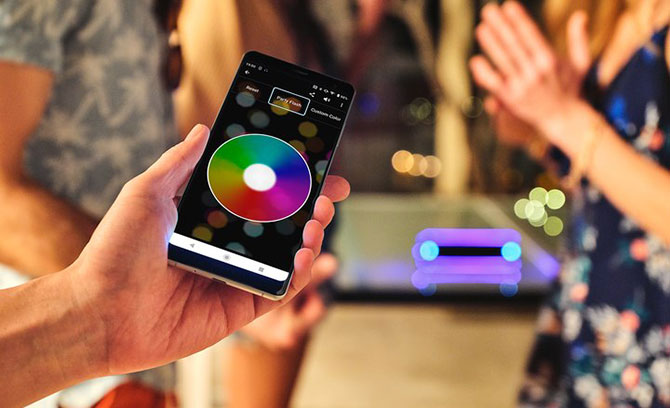 IMAGE: The SRS-XB32 has a RGB LED strip that can be controlled using Sony's mobile app.

Both speakers have Bluetooth 4.2 and they connect quickly, but Sony could have added Bluetooth 5.0 as most audio devices these days come with the latest Bluetooth version.

The NFC works like a charm and saves crucial seconds when you play, say, a song that might slip out of your head in a split-second. 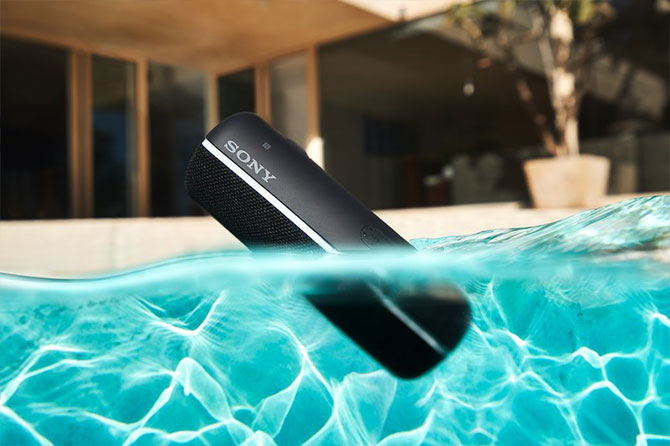 IMAGE: Both speakers are dust and waterproof.

Both have a rubberised coating for easy grip; the front grilles have a fabric finish protecting the sound drivers inside the body.

Their design allows you the choice of keeping the speakers horizontally or vertically. 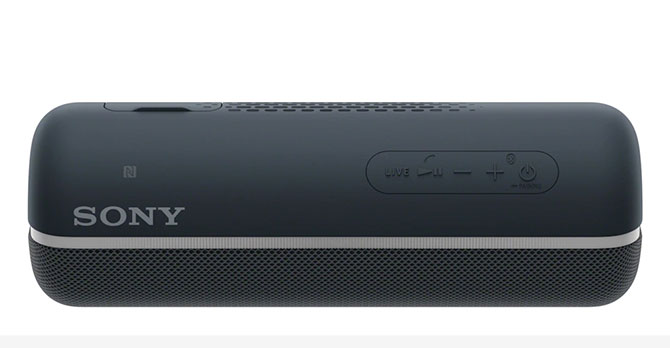 IMAGE: The controls on the speaker.

The top has soft touch buttons for power, volume, play/pause and LIVE mode.

A flap at the back covers the charging port, audio input jack and three buttons for battery level, wireless party chain (to connect 100 speakers and play in sync) and ADD button to include another speaker.

Coming to the audio quality, the signature extra bass gives the speakers a distinct feature, separating them from peers in their price range.

However, I did not find the sound impressive in the standard mode on either of the speakers.

Also, the LIVE mode did alter the sound to some extent, with the speakers trying to project a 3-dimensional sound.

I liked the direct sound better.

Besides, the mids and highs sound sweet and the bass does not intervene to spoil the overall tuning.

I discovered that one could also edit the sound tuning using the Music Centre app but that is if you're too particular; the standard tuning is just fine otherwise. 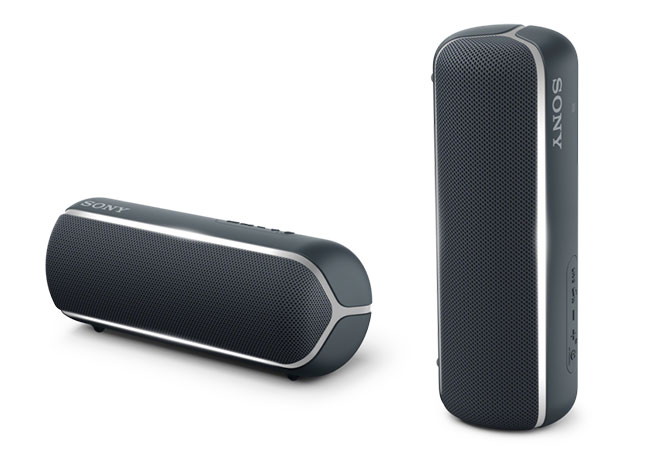 IMAGE: The speaker design allows you the choice of placing the speakers horizontally or vertically.

I wish I could connect 100 speakers with Wireless Party Chain but I just had SRS-XB22 and SRS-XB32 to check output in the sync mode.

I felt the main speaker was fine but the one added to it had a muted output.

You might require more than 3-4 speakers to have a decent surround sound output.

To get more out of these speakers, I used the motion control option in the Fiestable app which makes it easy to operate speakers if you're sitting at some distance and don't wish to move.

I also tried the Party Booster option using the Music Centre app to add percussions and other rhythmic effects while playing a song.

To be honest, I couldn't ace the art; you might also find it tough.

You can also connect two devices at a time.

This came handy as my friend and I, sitting at far ends of the room, could play songs according to our liking without the hassle of pairing and re-pairing our phones.

The SRS-XB22, despite rich sound quality, looks like any other option, but the SRS-XB32 steals the show with its noteworthy additional features. 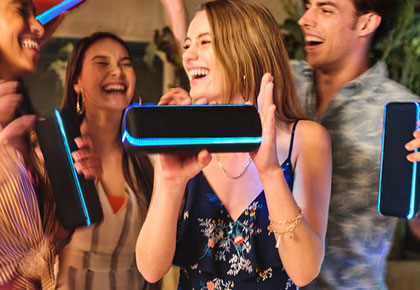 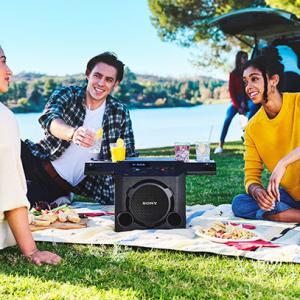 Party animals, here's the speaker you were looking for 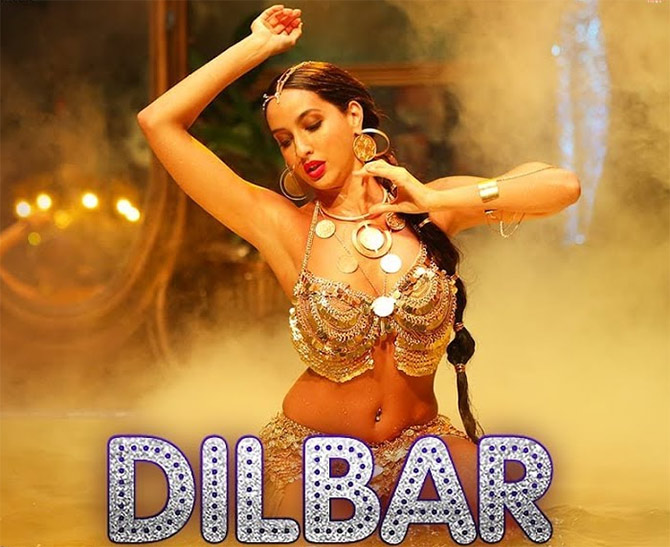