A robot changes the way a bank hires staff!

'The highlight of the interview process is it is robotic.' Kindly note this is a representational image.

Perhaps for the first time in the country, instead of following the traditional practice of meeting the candidates in person, a bank used an Artificial Intelligence (AI)-based tool on college campuses while recruiting probationary officers.

FedRecruit is the name of the HR tool which the Aluva, Kerala-based Federal Bank used in the hiring process.

"As of now, I would say robots can never be a substitute for human beings. Going ahead, perhaps AI evolves in such a way that robots may find out the entire potential of the candidate much better than a human being," Ajith Kumar K K, left, below, Federal Bank's human resources head, tells Rediff.com's Shobha Warrier.

Why did the bank decide to drop the traditional methods in hiring and go for FedRecruit (the AI-based tool) while recruiting from campuses?

A lot of deliberations and discussions happened before we came to the decision.

By 2025, 80% of the workforce in banks will be millennials which means they are digitally empowered, comfortable with all the new technologies much better than those people who are already in the organisation.

When we want the best from the campuses, we have to create a 'wow' factor which would make the candidates feel that they are going to be in an organisation that is well ahead in technology.

We also want to give them an experience and interest while using our digital product.

Were the students comfortable using the product as part of the recruiting process?

In order to understand how they react to the tool, I also went to a few campuses, which were mainly the top business schools in India, and spoke to those who used the tool as part of the recruiting process.

You have to also understand that many organisations go to these campuses (for recruitment) and students appear for all of them simultaneously.

All of them told me that the experience they got (from FedRecruit) was something quite unique.

While everybody else followed the traditional methods, we were the only one that followed green recruiting -- a paper-less hiring process.

The interviewees also follow paper-less process. Everything is system-based and digital.

It is a mobile application which the students have to download to write the application form, and upload the documents.

There is a Chatbot. The interaction between the candidate and the organisation starts from there.

Once the candidate enters the system with a password, we can see all the information that is there on the candidate.

The highlight of the interview process is it is robotic.

Even before the actual robotic interview starts, we get to see the candidates and how they are coping and getting ready.

Some of the candidates may not be so confident when the real interview starts, but here we get to see in real time to evaluate them.

The candidates can face the interview from any place.

Compare it to the traditional method in which we had to collect 30 to 40 answer sheets and seal them in a packet and courier to the main office. This time, at the head office we were seeing everything online.

The advantage is that much before the GD (group discussion) and the physical interviews with the panellists, we get to know the candidates well.

Also, because they are logged into the app, the communication between the candidate and the bank becomes easy, fast and smooth.

The best part is, within minutes after the interview, results are declared. And another wow factor is a text message of the result going to the parents.

Why parents? When you are dealing with adults, why do you want to involve parents or guardians?

I agree we are dealing with adults, but I must tell you 95% of the parents also eagerly wait for the result of an interview. We see the involvement of parents in a majority of the cases.

We inform the candidates first and then their parents. They feel happy when they get to hear the news!

Is the main advantage of the tool reducing the time of the initial stages of the recruitment process?

I would say the main advantage is it is paper-less.

Second is there is no confusion that arise when 5 or 6 firms are recruiting from the campus at the same time.

In our case, students are so well informed that the entire process becomes systematic and orderly.

This creates a lot of comfort for both the candidates and the organisation.

We even provide them with all the information about the job they are going to do at our firm through gamification before the interview and much before they join the bank. Because it is gamification, it gives them a chance to see situations which they face while working in the bank.

As we are in the service industry, it is mainly about customer service.

Then, of course we save a lot of time.

Will robotic interviews be able to replace what human beings have been doing?

As of now, I would say robots can never be a substitute for human beings.

Going ahead, perhaps AI evolves in such a way that robots may find out the entire potential of the candidate much better than a human being.

I don't know when it will happen, but you cannot rule out such a possibility.

But right now, we use human interviews to make the final call.

At the human resources department, were you initially apprehensive to use a tool like this?

Absolutely not. We are open to anything that will help us save time, increase efficiency and help candidates experience something new.

In fact, the feeling they got was that Federal Bank uses technology that is much ahead of others.

When we asked in the interview what was unique about Federal Bank according to them, the immediate response was that we were technologically advanced.

And in the service sector, technological advancement is a must without which we will not be able to survive. 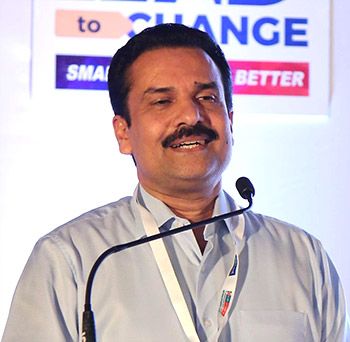 Would you be using the same kind of tool to assess the employees after recruitment also?

We have not yet started, but definitely we are planning to do so.

At present we have used the tool in campus recruitment only, but we are gradually planning to use it in the lateral recruitment also.

Now that we have a database, it will help us decide which other areas we can expand to.

It is reported that banking is one sector that is growing and going to create a lot of employment opportunities. Is it true?

Yes, the banking sector is going to require a lot more people as all the big banks are opening branches including Federal Bank.

What about rural areas?

It is a mix of rural and urban as we cannot open branches only in the metros.

All the performing banks are opening branches all over the country.

Though bricks and mortar banking will continue, more and more banks are getting digitised. Naturally, we need more people to man these new branches.

Is it because of digitisation that the banking sector needs more people?

There is a lot of retirement also happening in the banking sector especially in the public sector banks.

In the case of the performing private sector banks, we are recruiting more people, more than people retiring. That is because the better performing banks are opening many new branches and naturally we need more people.

Shobha Warrier covers business for Rediff.com.
Author of Dreamchasers: Entrepreneurs from the South of the Vindhyas, she can be contacted at shobhaw@rediff.co.in 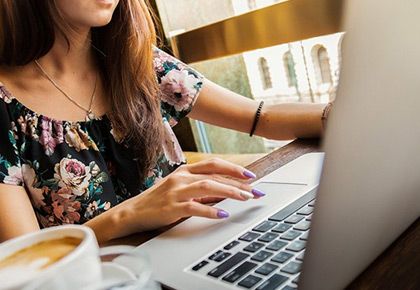 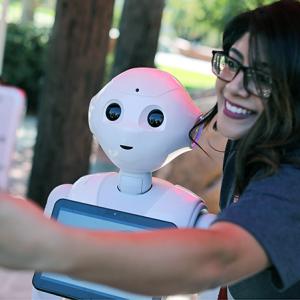