Pat Cummins is the first Australian to score a 50 and take 6 wickets in an innings in the same Test against India.
Here are more interesting numbers from Rajneesh Gupta. The previous lowest was 132 jointly held by Australia vs England at Adelaide in 2013-2014 (3 wickets down) and South Africa vs New Zealand at Centurion in 2016 (7 wickets down).

2 Number of times India have declared both their innings outside the subcontinent.

The previous instance also came in Australia when India declared at 705/7 and 211/2.

19 Number of dismissals made by Rishabh Pant in the series (all caught) -- joint-most by an Indian wicket-keeper.

2 Lower scores than 106 on which India declared their innings in a Test.

1 Pat Cummins is the first Australian player to score a 50 and take 6 wickets in an innings in the same Test against India.

15.42 Jasprit Bumrah's bowling average in the series -- currently the best for any subcontinent player in Australia (with minimum 10 wickets). 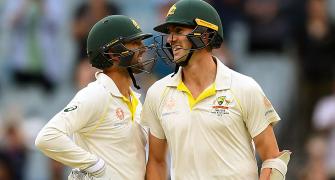 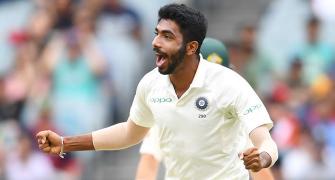 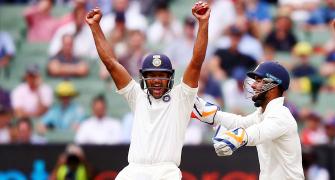 One thing that the Aussies must learn from Kohli 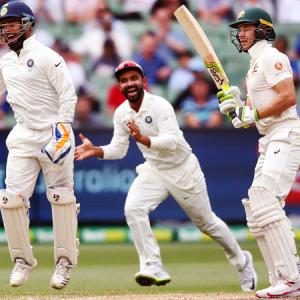 'Ever heard of temporary captain?' Pant gives it back to Paine