News
Business
Movies
Sports
Cricket
Get Ahead
Money Tips
Shopping
Sign in  |  Create a Rediffmail account
Rediff.com  » Cricket » Dhoni and the Roar of the Lion

'Very few are lionised like Dhoni anywhere in the world, perhaps not even Messi,' says Dhruv Munjal. 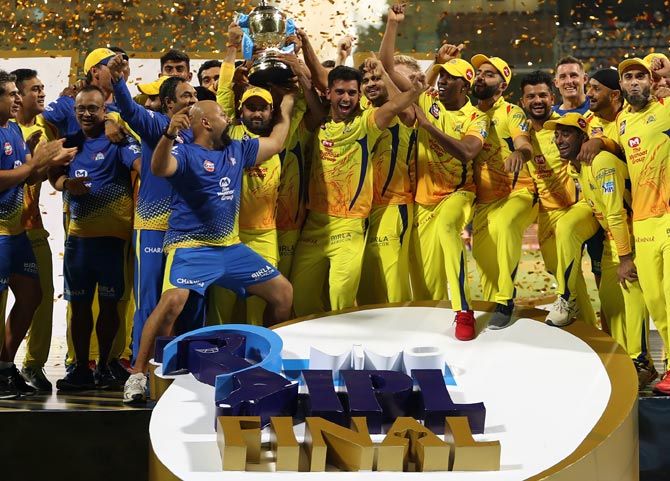 The ball gently left his foot, drawing in the air a feathery parabola that was almost anti-physics.

It hung in the air for a while, before descending on goal in the most exasperatingly glorious slow motion.

It then rippled the net ever so slightly, drawing chants not of thunderous appreciation, but of muted acknowledgment.

Then, seconds later, once the hypnotic quality of it all had worn off, they all got into it: "Messi, Messi, Messi!"

This was supposed to be the defining sporting image of perhaps the entire year.

There is something beatific about everything that Lionel Messi does on a football pitch, a simple pass here, a mazy dribble there.

But this goal had such a rare interstellar quality to it that the Barcelona captain was having his name sung not by his own supporters, but the home fans of Real Betis.

As stadium homages go, this seemed impossible to top. 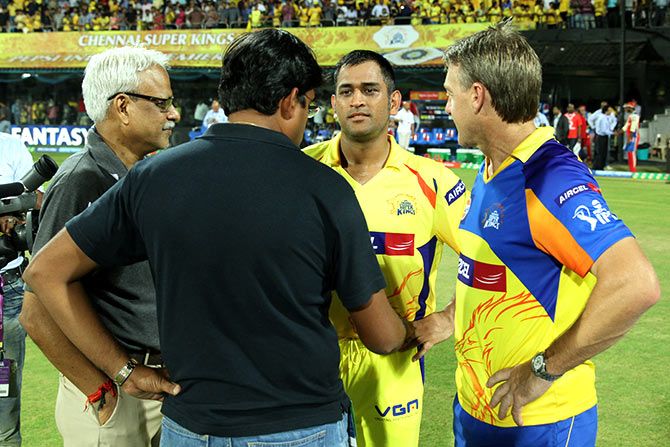 Then Mahendra Singh Dhoni walked out at Chepauk a day later, eyes bulging, helmet tucked under his left arm, two bats held in the other hand, to the roaring applause of over 12,000 Chennai Super Kings fans.

If the Messi moment was special, Dhoni's was even more so -- the CSK skipper was not even batting in an actual game, but merely striding out to have a hit in the nets.

More than 12,000 in attendance to just watch you practice. Wow.

Dhoni's unusually warm relationship with the city -- fascinatingly, the people of Chennai deeply in love with a man from Ranchi -- is a recurring theme in Roar of the Lion, a new Web series based on the Indian Premier League franchise.

Dhoni is seen causing traffic jams with just a wave of his hand; the streets are filled with locals in yellow jerseys featuring Thala 7 (head/leader in Tamil) on their backs; and giddy fan girls clutch at his pictures and go on to describe in precise detail Dhoni's batting routine at the crease: The synchronised swinging of the shoulders, the constant fastening and unfastening of the gloves, his piercing eye scanning the field every once in a while. IMAGE: A scene from Roar of the Lion.

The series, of course, isn't supposed to be a Dhoni adulation package, but one where the franchise finally comes clean on how it managed to get banned for two seasons on charges of spot-fixing.

The trailer had Dhoni recounting how 'cricket had given him everything and the worst crime he could ever commit wasn't murder, but match-fixing'.

It's almost unnatural for the mostly evasive Dhoni to open up about anything, so such a confession offered promise.

On that count, it would be unfair to say that Dhoni disappoints.

By his chary standards, Roar of the Lion is a refreshing change.

He refuses to blame himself or the players for the scandal and delves deep into the unforeseen crises and beleaguered times that followed.

The believability of it all, however, is tempered by the fact that Dhoni refuses to acknowledge the exact role of Gurunath Meiyappan -- the man implicated in the spot-fixing matter -- at CSK.

All the players, Dhoni says, knew of Meiyappan only as owner N Srinivasan's son-in-law.

'He was part of the team. But in what capacity, that is debatable. Nobody introduced him to us as the team owner. He was always *the* son-in-law.' In truth, Meiyappan possessed a team owner badge that granted him access to all IPL venues and the CSK dressing room.

His Twitter page still has a picture of him posing with Dhoni after one of CSK's many major triumphs.

When quizzed about why he refused to entertain a spot-fixing-related query at one of the pressers as India captain, Dhoni's defence is equally feeble: 'As captain, you keep going to different press conferences. And there is no line drawn saying that that was the IPL, and this is the Indian cricket team... (That way) it's not easy to keep performing at the top level.'

What was beyond doubt, though, was CSK's sensational return to the IPL fold last year, when they won the title, surprising fans and critics alike.

In a welcome act of self-deprecation, the players refer to themselves as the 'Dad's Army', a not-so-sly reference to the team's ageing squad of 2018, most of which will be seen in action this year as well.

But managing to get back some of their core players from before the ban -- Dhoni, Dwayne Bravo, Suresh Raina, Ravindra Jadeja -- is what actually helped CSK win a third title, thereby compensating for the lack of youthful exuberance with wily experience.

Not to mention Dhoni's run with the bat throughout the 2018 season, where he bludgeoned bowlers with the abandon of his long-haired alter ego from more than a decade ago.

While the access on offer in Roar of the Lion is nothing like the one we recently saw in Cricket Fever, the Netflix Original featuring fellow IPL franchise Mumbai Indians, it does have glimpses of Dhoni sitting down with team strategists trying to figure out the best player combinations ahead of the auction.

Faf (du Plessis), for instance, 'is better on slower wickets when compared to Brendon (McCullum)'.

Moreover, the absence of Antilia-like spaces and its plush interiors is made up for by a kind of unique fan sentiment that, even in our cricket-mad environs, is sometimes difficult to find.

Thrown in is a brilliant sequence of CSK fans travelling to Pune by train after matches in Chennai were called off due to the Cauvery water dispute. 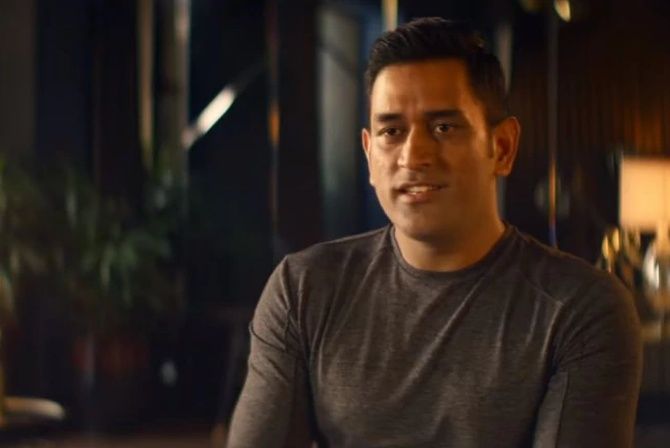 In one of the scenes in the second episode, the emotionality of the team's reunion even gets to Dhoni, who has seemingly acquired a degree in phlegmatism over the years.

While addressing players and team staff during a closed event before the start of the tournament, Dhoni breaks down, prompting Raina to climb on stage and hand his captain a bottle of water.

The incident has Shane Watson, who would go on to be named man of the match in the final, remarking what a 'special team CSK is'.

Stuff like this -- a slightly mawkish Dhoni, an awed Watson -- makes Roar of the Lion a good measure of player personalities outside the field of play. That is not to say that the series does not suffer from any cinematic flaws.

It is available in Hindi and Tamil, while the majority of interviews are originally in English.

Which means that frames featuring Matthew Hayden and Mike Hussey, for instance, come with Telebrands-inspired Hindi dubbing that severely ruins your viewing experience.

Moreover, shoddy editing ensures that the visuals in some places do not match the descriptions being given by the players.

CSK loyalists, of course, won't mind any of this.

Roar of the Lion is every bit a tribute to their devotion and perseverance as it is to the players's ability to bounce back after almost three years of turbulence and uncertainty.

And a special word for Dhoni here: This may be a non-starter in the global sense, but very few are lionised like him anywhere in the world, perhaps not even Messi.

Roar of the Lion tells you why.

Roar of the Lion is streaming on Hotstar. 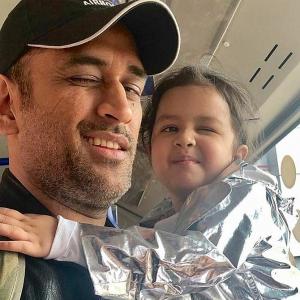 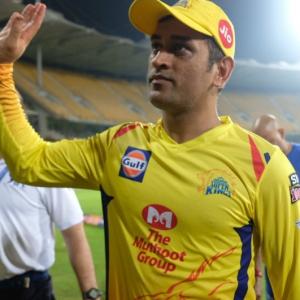