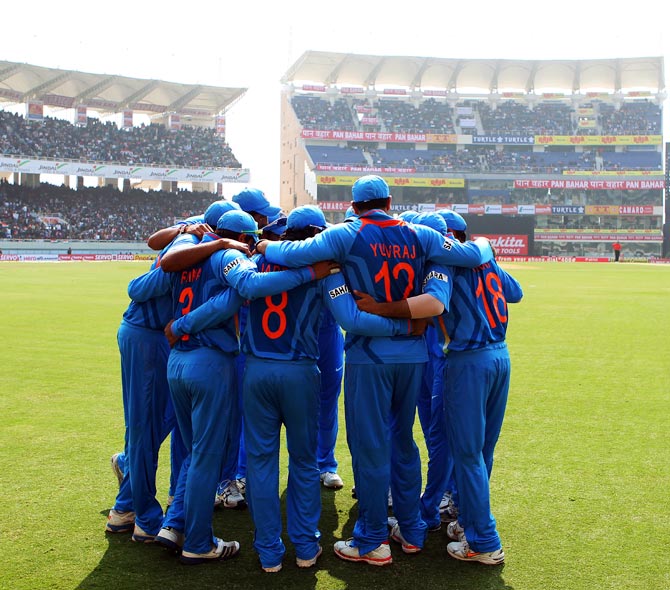 Image: The Indian team in a huddle before the start of an ODI match
Photographs: BCCI Harish Kotian

Among the 1.3 billion-odd people you need to find one bowler who can bowl over 150kph, says former Australia pace ace Brett Lee. Harish Kotian reports.

Lee, who was part of the 2003 World Cup-winning Australian team, opined that it is vital that India shores up their fast bowling department as the World Cup venues in Australia and New Zealand will have pitches with extra bounce and swing.

"India needs to make sure that they dominate in the fast bowling department. They got some good spinners, they have got guys who can bat right down the order; but when you are playing on Australian wickets -- and it is not like the slow, turning wickets in India -- they are fast wickets and they bounce a lot more.

"So you need bowlers who can bowl over 140kph. I really hope for India's sake, and for their chance to put their best foot forward, that they find some fast bowlers," said Lee in Mumbai, on the sidelines of an event to promote tourism to Melbourne as part of the 2015 World Cup.

'Among the 1.3 billion-odd people you need to find one bowler who can bowl over 150kph' 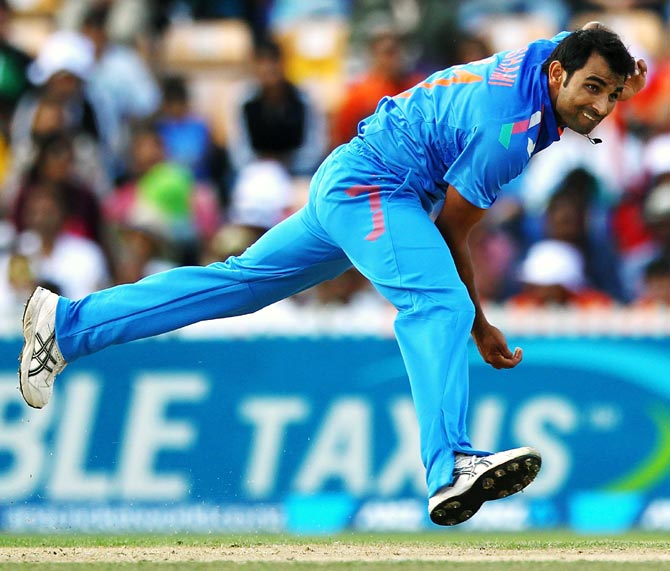 India were found wanting in the bowling department on recent tours, as a result of which they lost eight of the 11 matches they played, winning just one.

Lee, who was regarded as one of the fastest bowlers in cricket history, having taken 310 wickets in 76 Tests and 380 wickets in 221 ODIs, said India also needs to find a genuine pace bowler who can bowl consistently above the 150kph mark, something he successfully managed throughout his glorious career.

"India needs to find a spearhead. Among the 1.3 billion-odd people you need to find one bowler who can bowl over 150kph. They got to be looked after, they got to be nurtured," the Australian added. 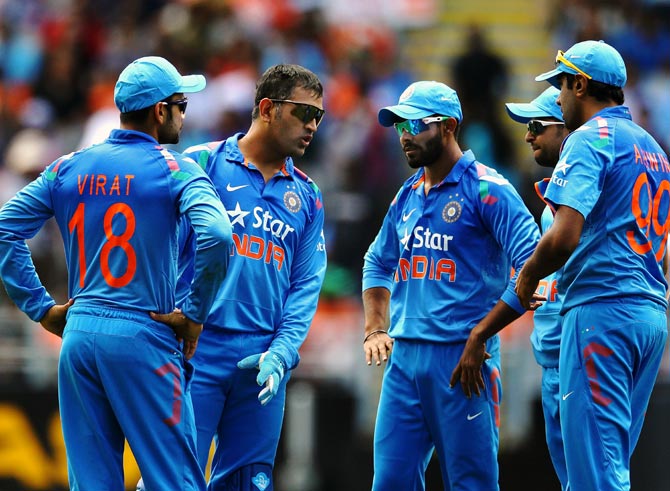 He also urged Indian cricket administrators to produce good wickets at home, saying it will encourage more youngsters to take up fast bowling.

"They [India] have [fast bowlers], but they have not produced probably as many as other countries around. You also got to look at the wickets that you get. If I am over here trying to bowl over 150kmph on a flat wicket with absolutely no grass, then it is a lot easier to spin the ball or take the pace off the ball. If you are trying as fast as you can on a wicket not conducive for fast bowlers then you are not going to be successful as a fast bowler.

"The thing we had back home in Australia is that we had wickets that help you as a fast bowler; wickets in South Africa or England are similar. India have to try and prepare wickets also that help the fast bowlers so that it encourages the young fast bowlers to run in, bowl fast and take wickets," the 37-year-old said.