'We were very disappointed we lost 11 ODI games in a row but one thing is very important, we believed in ourselves'

After being routed by West Indies in their World Cup opener and shocking England on Monday, Pakistan are living up to their billing as cricket's most unpredictable side but quick Hasan Ali says they are determined to find a measure of consistency.

The 1992 champions went into their opener against West Indies on the back of 10 straight losses and did nothing to boost their confidence after being bundled out for 105 inside 22 overs en route to a seven-wicket drubbing.

However, Pakistan turned the tables on England, the world's top-ranked one-day international side, with a 14-run victory at TrentBridge to get their World Cup campaign back on track.

"We had an upset against the West Indies on Friday but, yes, the guys bounced back very well," fast bowler Hasan told reporters.

"We do a lot of hard work and we believe in ourselves and we have faith we can win the World Cup. People are saying we are unpredictable, but we don't like it."

After the humbling against West Indies, Pakistan's batsmen went on the offensive against England, mustering 348-8 after being put in to bat first.

"We were very disappointed we lost 11 ODI games in a row but one thing is very important, we believed in ourselves," Hasan said.

"We needed just a little bit of a kick, and we got the kick. We are very confident, our team is very good and balanced.

"After the first match we sat down and talked about our weaknesses and about our plans and execution, all these things. One thing is very important, our coach (Mickey Arthur) is always backing us."

Man-of-the-match Mohammad Hafeez, who top-scored for Pakistan with an 84 off 62 balls and also took the wicket of England captain Eoin Morgan, said Pakistan were desperate to turn things around.

"It's a feeling of total relief. After the game against the West Indies we were really looking forward to this match and putting things right," he said.

"We know this team is very capable we just needed to start converting some matches into wins."

© Copyright 2020 Reuters Limited. All rights reserved. Republication or redistribution of Reuters content, including by framing or similar means, is expressly prohibited without the prior written consent of Reuters. Reuters shall not be liable for any errors or delays in the content, or for any actions taken in reliance thereon.
Related News: ODI, Hasan Ali, Pakistan, Mohammad Hafeez, England
SHARE THIS STORYCOMMENT
Print this article 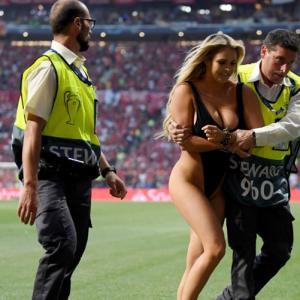