News
Business
Movies
Sports
Cricket
Get Ahead
Money Tips
Shopping
Sign in  |  Create a Rediffmail account
Rediff.com  » Cricket » Why are these men flying?

The most encouraging takeaway from the India-Pakistan game was Kuldeep Yadav's return to form.

Kuldeep had a nightmare IPL and was dropped from the Kolkata Knight Riders playing XI during that tournament, but at Old Trafford, he demonstrated why he is so special.

Captain Virat Kohli resisted the call to drop Kuldeep for the game and bring Mohammad Shami in his place, and the left-arm spinner paid back his skipper's confidence, bowling an impressive 9-1-32-2 spell.

Kuldeep broke Pakistan's resistance by having Fakhar Zaman caught by Yuzvendra Chahal for 62, then bowling Babar Azam for 48 in the next over.

After Kuldeep's breakthrough wickets, Hardik Pandya had Mohammad Hafeez caught by Vijay Shankar and then bowled Shoaib Malik for a duck off consecutive balls. 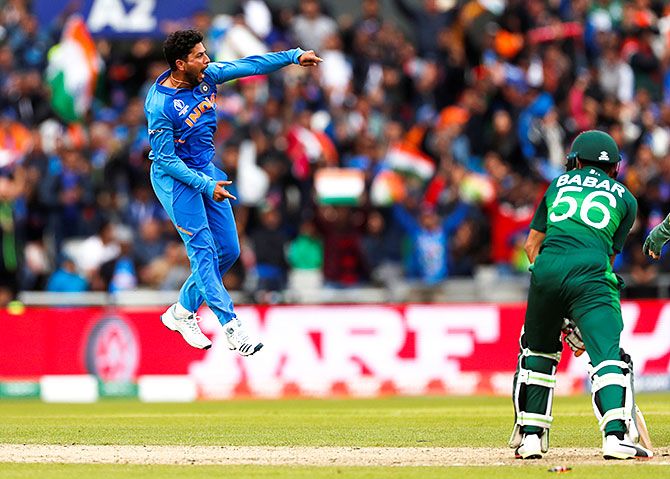 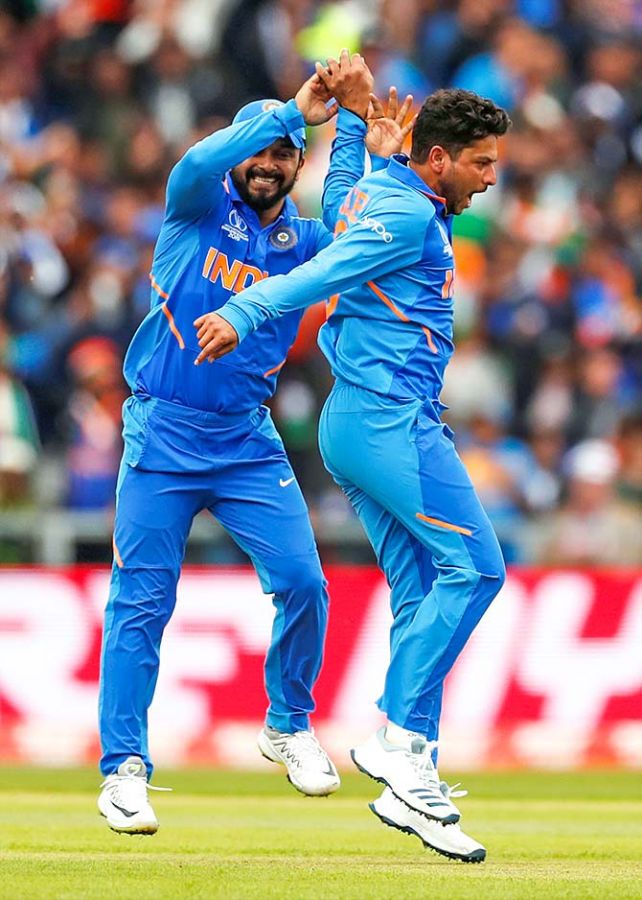 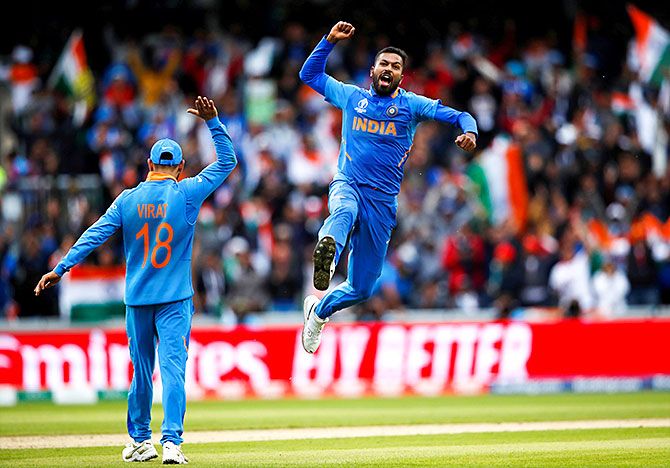 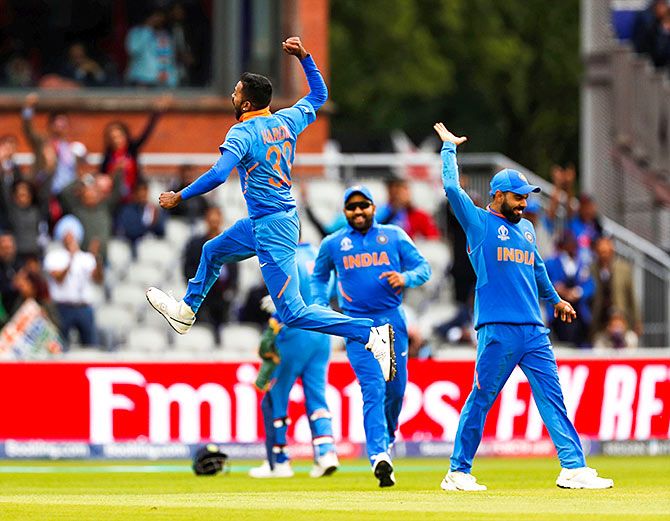 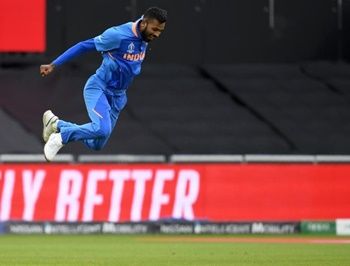 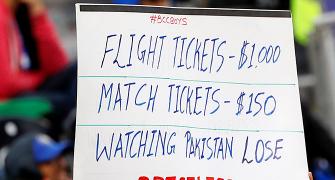 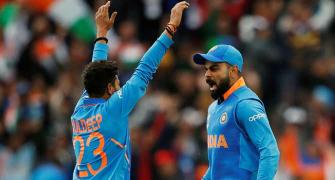 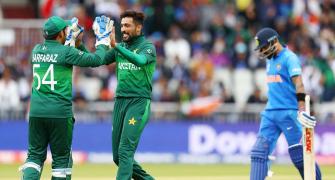 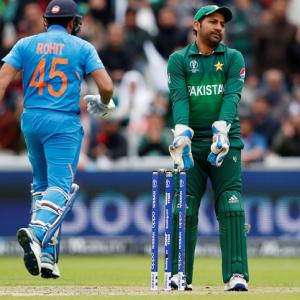