The contest at Old Trafford didn't live up to the billing, but the Indian fans at the ground and in millions of homes in India weren't complaining.

After all, India had maintained its 7-0 record over Pakistan in the ICC World Cup.

Scenes from an action-packed Sunday: 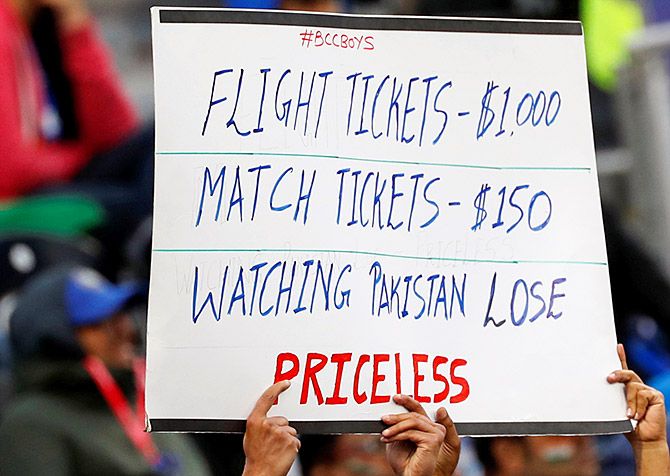 IMAGE: A Indian fan holds up a banner after the game. Photograph: Lee Smith/Action Images via Reuters IMAGE: Rain stops play at Old Trafford, but nothing can stop the fans... Photograph: Andrew Boyers/Action Images via Reuters 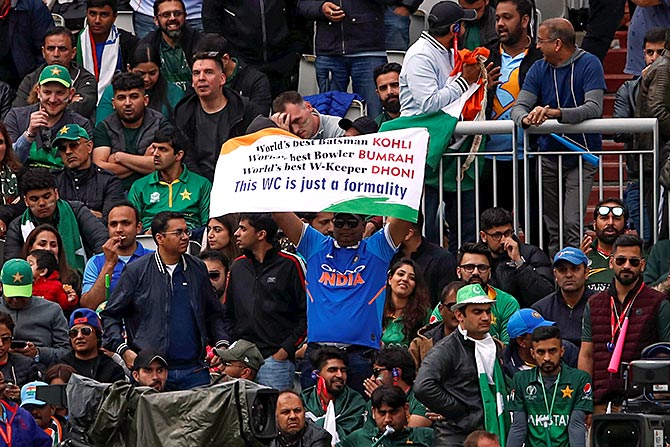 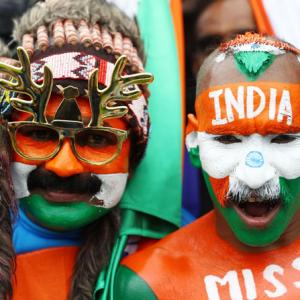 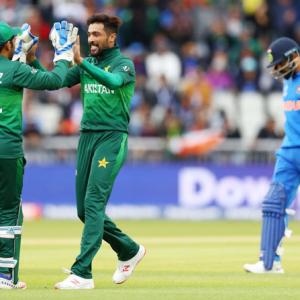