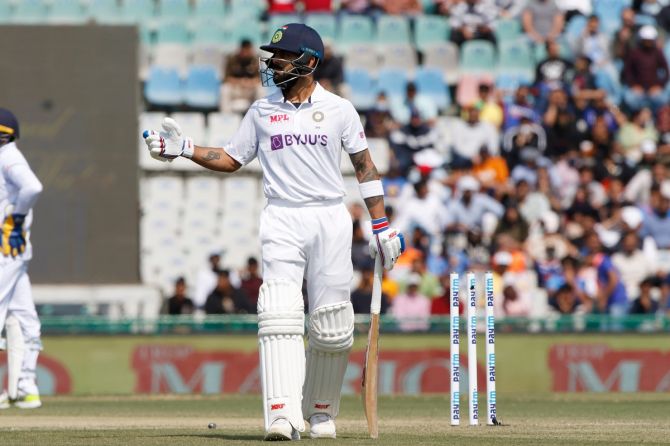 IMAGE: Virat Kohli reacts as he was dismissed for 45. Photograph: BCCI

Virat Kohli was set for a big knock in his 100th Test, but the former India captain was undone by a delivery from Lasith Embuldeniya.

Kohli's wait for a Test century continued as five short of a half-century, his defence was beaten and the ball castled his off-stump. Kohli was dismissed for 45, leaving the spectators at the PCA Stadium in Mohali in disbelief.

What is more baffling is a social media post where a tweet not just accurately predicted Kohli's score, but also the wicket-taker and his reaction on dismissal in his 100th Test appearance for India. 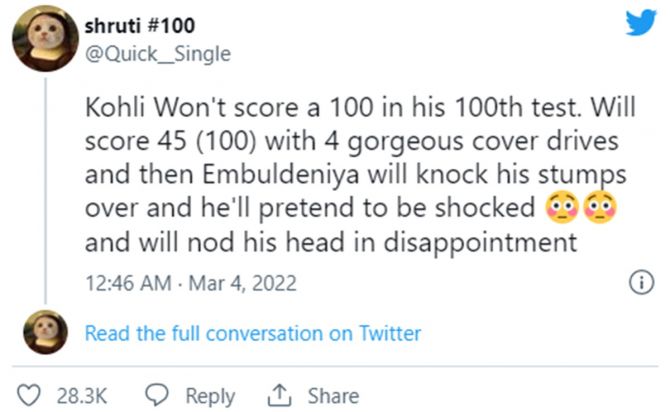 Moments after his dismissal, a tweet went viral which had mentioned that Kohli would end up scoring 45 before being dismissed by Lasith Embuldeniya, a wicket that would leave him in disbelief.

'Kohli Won't score a 100 in his 100th test. Will score 45 (100) with 4 gorgeous cover drives and then Embuldeniya will knock his stumps over and he'll pretend to be shocked and will nod his head in disappointment,' read the tweet that was posted almost nine hours before the match.

As a disappointed Kohli walked back to the change room, he seemed miffed with himself. 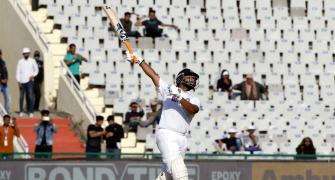 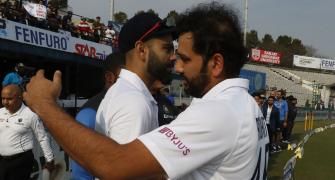 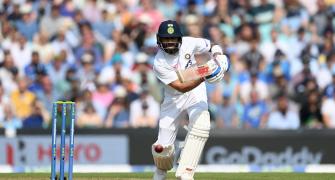 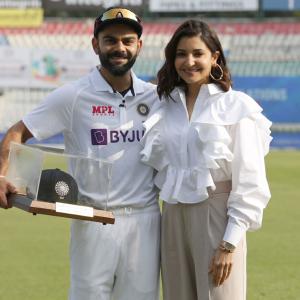 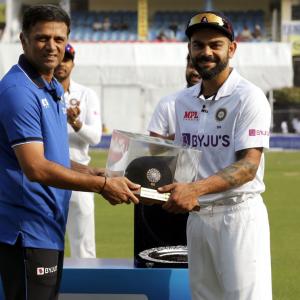