Playing his last IPL game of the season, before heading home for World Cup preparations, Warner was once again unstoppable. The Aussie hit his 8th 50 of the 2019 IPL and finished with 692 runs from 12 matches.

Chasing the imposing total, K L Rahul (79 off 56) made a valiant effort, but lacked support from the other end.

Rashid Khan and Khaeel Ahmed ensured KXIP could never find any momentum in a steep chase.

Chris Gayle was brilliantly caught by Manish Pandey off Khaleel for 4 off the first ball of the third over.

Mayank Agarwal looked good and made his intention clear with a huge 6 off Rashid, but holed out to Vijay Shankar off the leg-spinner's very next ball. 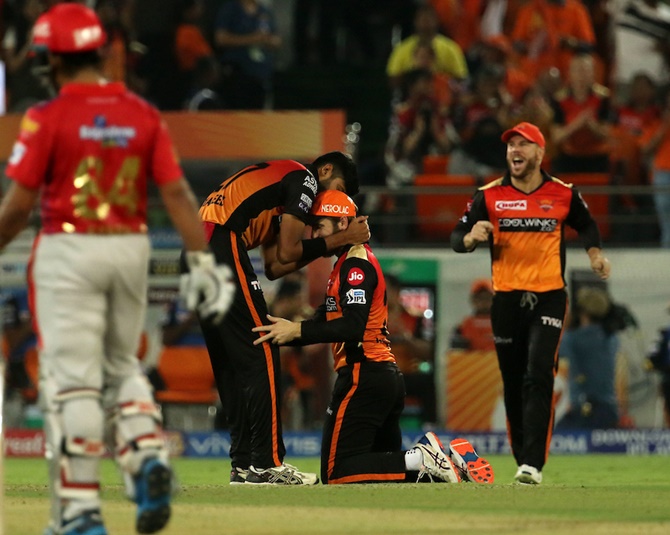 Khaleel returned for his second spell to see off Nicholas Pooran. Then Rashid came to the party and inflicted more damage on KXIP in the 13th over.

Pressure got to David Miller (11 off 11), who was trying to hit every ball out of the park, but the ball went straight to Shankar at deep extra cover.

The next ball, Ravichandran Ashwin could not connect well and hit it straight to Pandey near the ropes.

There was little Rahul could do alone. At 79, he top-edged Khaleel and Kane Williamson held onto a skier and the game was done. 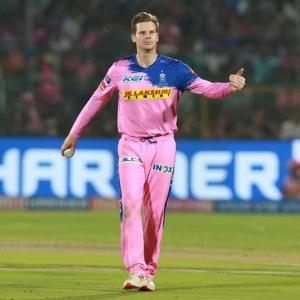 How IPL has readied Steve Smith for 50 overs' WC