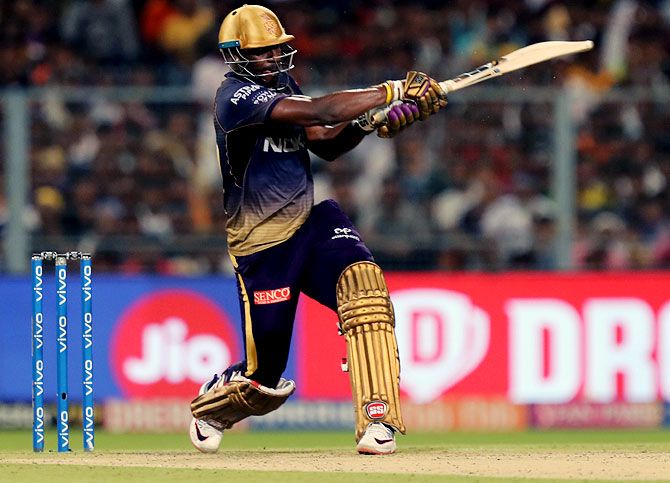 'Eye and hand coordination. Balance and then good bat speed as well. I generate a lot power from the shoulders and then the core. So everything goes together.'

A day before his 31st birthday, Russell smashed eight sixes and six boundaries in his unbeaten 40-ball 80 to help fifth-placed Kolkata snap a six-game losing streak and keep their playoff hopes alive.

Gayle smashed 59 sixes in the 2012 season before hitting 51 the following year while playing for Royal Challengers Bangalore and Russell listed the attributes that have left him with a chance of bettering those figures. 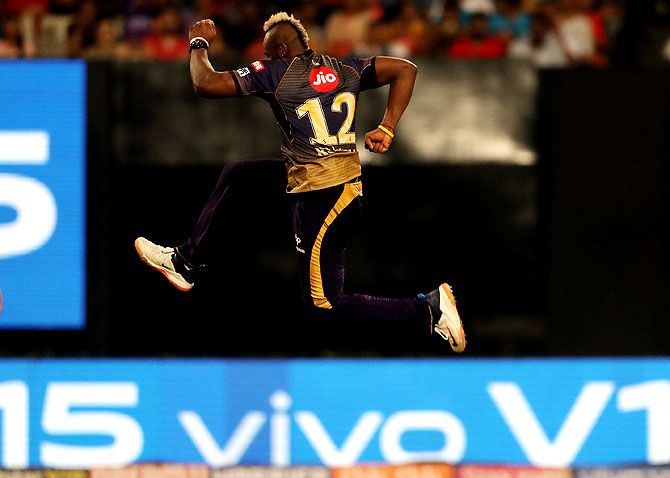 "Eye and hand coordination. Balance and then good bat speed as well. I generate a lot power from the shoulders and then the core. So everything goes together," man-of-the-match Russell said during the post-match presentation ceremony.

"As an all-rounder, you have to make sure your body is fit and strong. To play awkward shots in those moments when a bowler tries to outsmart you with a wide slower ball... to hit the ball over covers cleanly."

Russell's blistering form bodes well for the West Indies who have recalled the all-rounder to their World Cup squad for the May 30-July 14 tournament in England and Wales.

West Indies, champions in 1975 and 1979, begin their campaign on May 31 against Pakistan in Nottingham.

© Copyright 2021 Reuters Limited. All rights reserved. Republication or redistribution of Reuters content, including by framing or similar means, is expressly prohibited without the prior written consent of Reuters. Reuters shall not be liable for any errors or delays in the content, or for any actions taken in reliance thereon.
Related News: Andre Russell, Mumbai Indians, IPL, Chris Gayle, IMAGE
SHARE THIS STORYCOMMENT
Print this article 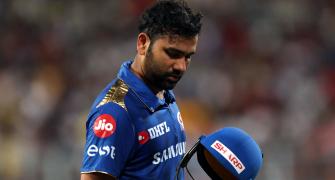 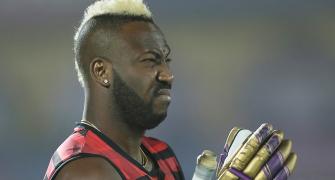 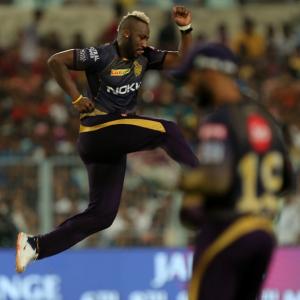 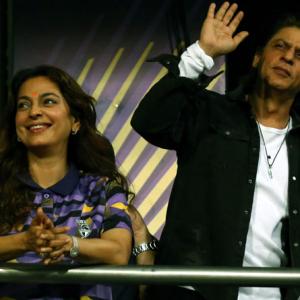