News
Business
Movies
Sports
Cricket
Get Ahead
Money Tips
Shopping
Sign in  |  Create a Rediffmail account
Rediff.com  » Cricket » 'Thank you, Mumbai, we will remember this one'

'We were all shouting for every wicket that Mumbai got and then when they were chasing every boundary.' 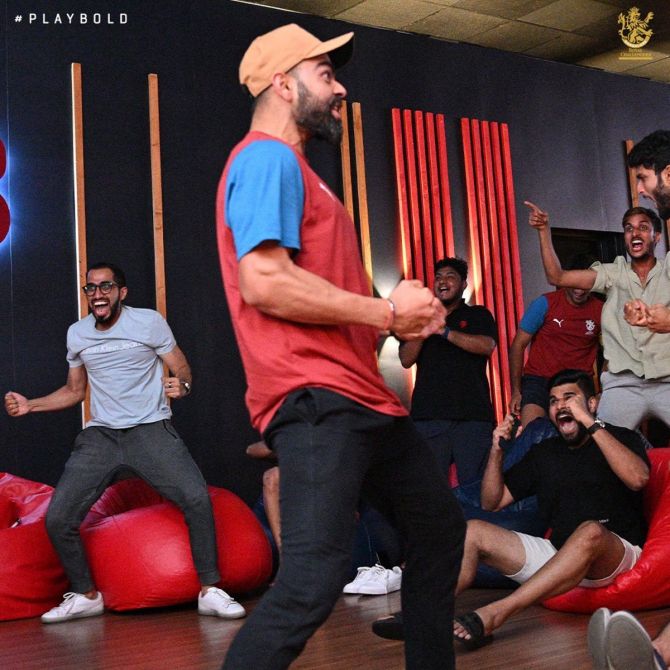 IMAGE: Virat Kohli celebrates with his Royal Challengers Bangalore teammates after Mumbai Indians beat Delhi Capitals in the IPL match at the Wankhede Stadium, in Mumbai, on Saturday. The result enabled RCB finish fourth and snatch a place in the play-offs. Photograph: RCB/Twitter

"Thank you, Mumbai, we will remember this one," declared Virat Kohli, after Royal Challengers Bangalore sneaked into the play-offs of IPL 2022 following Mumbai Indians' thrilling five-wicket victory over Delhi Capitals in their concluding match at the Wankhede Stadium, in Mumbai, on Saturday.

Mumbai Indians chased down a victory target of 160 in 19.1 overs to knock Delhi out of the competition and pave the way for RCB's entry as the fourth and final team in the knock-out stage. RCB had defeated table-toppers Gujarat Titans by eight wickets in their final league match to keep their hopes alive for a play-off berth, which hinged on the clash between Delhi Capitals and Mumbai Indians.

Delhi needed to win to finish among the top four teams and make it to the play-offs but they came a cropper against bottom-placed Mumbai Indians. 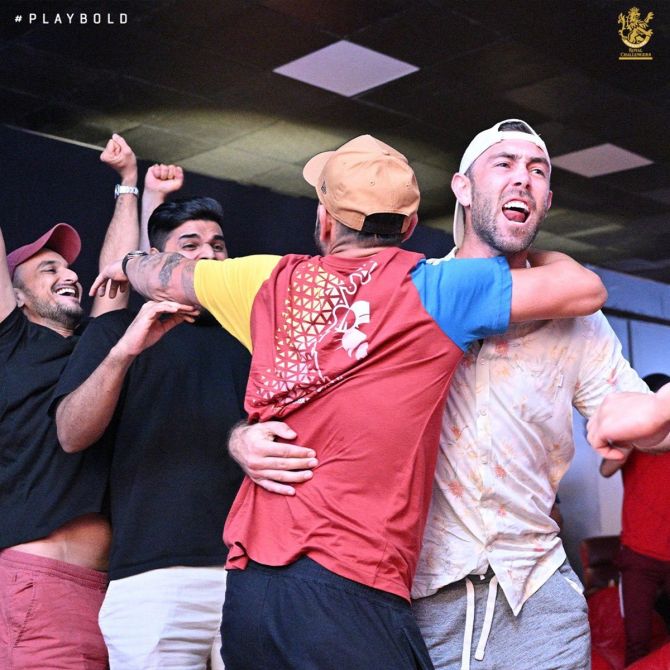 RCB skipper Faf Du Plessis said the entire team watched the match together and was cheering each and every move by the Mumbai team.

"It was so good. I think first of all it was really nice to see that everyone was here from the start of the game, so we watched it together.

"We were all shouting for every wicket that Mumbai got and then when they were chasing every boundary. It's good for everyone to watch together and then the celebration towards the end was awesome to be a part of." 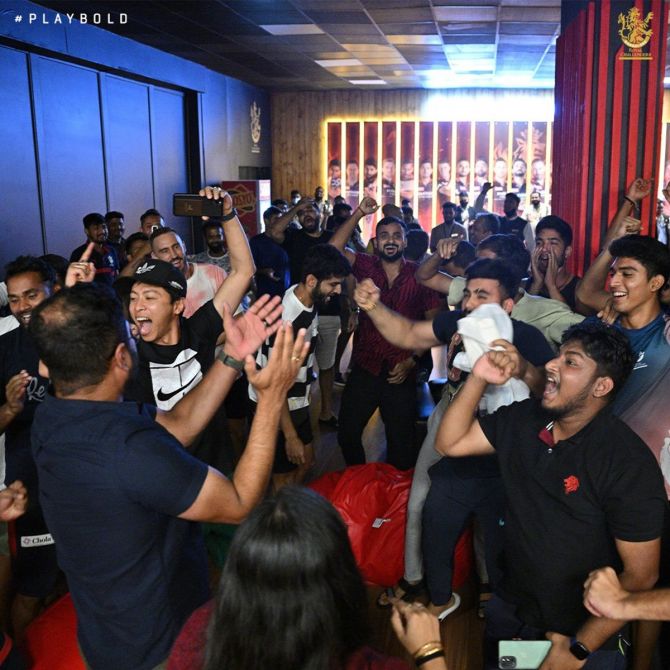 RCB will take on third-placed Lucknow Super Giants in the Eliminator at the Eden Gardens in Kolkata on May 25.

"The last game we played we felt almost like we played our best game of cricket of this campaign so far and that is how you want to enter the knock-out stages, so we needed someone to do us a favour and Mumbai did that for us, we are very thankful for that," Du Plessis said.

"Obviously now the work starts again, and we get our work mode back on."

RCB have never won the IPL and all-rounder Glenn Maxwell feels the team is very close to achieving that dream.

"Amazing result for us tonight. There is just one small step in us going further; we are that close to making history for RCB in this tournament. We needed another team, but from now on it's all us."