We asked you, dear readers to send in your congratulatory messages for the Indian team on their success Down Under. 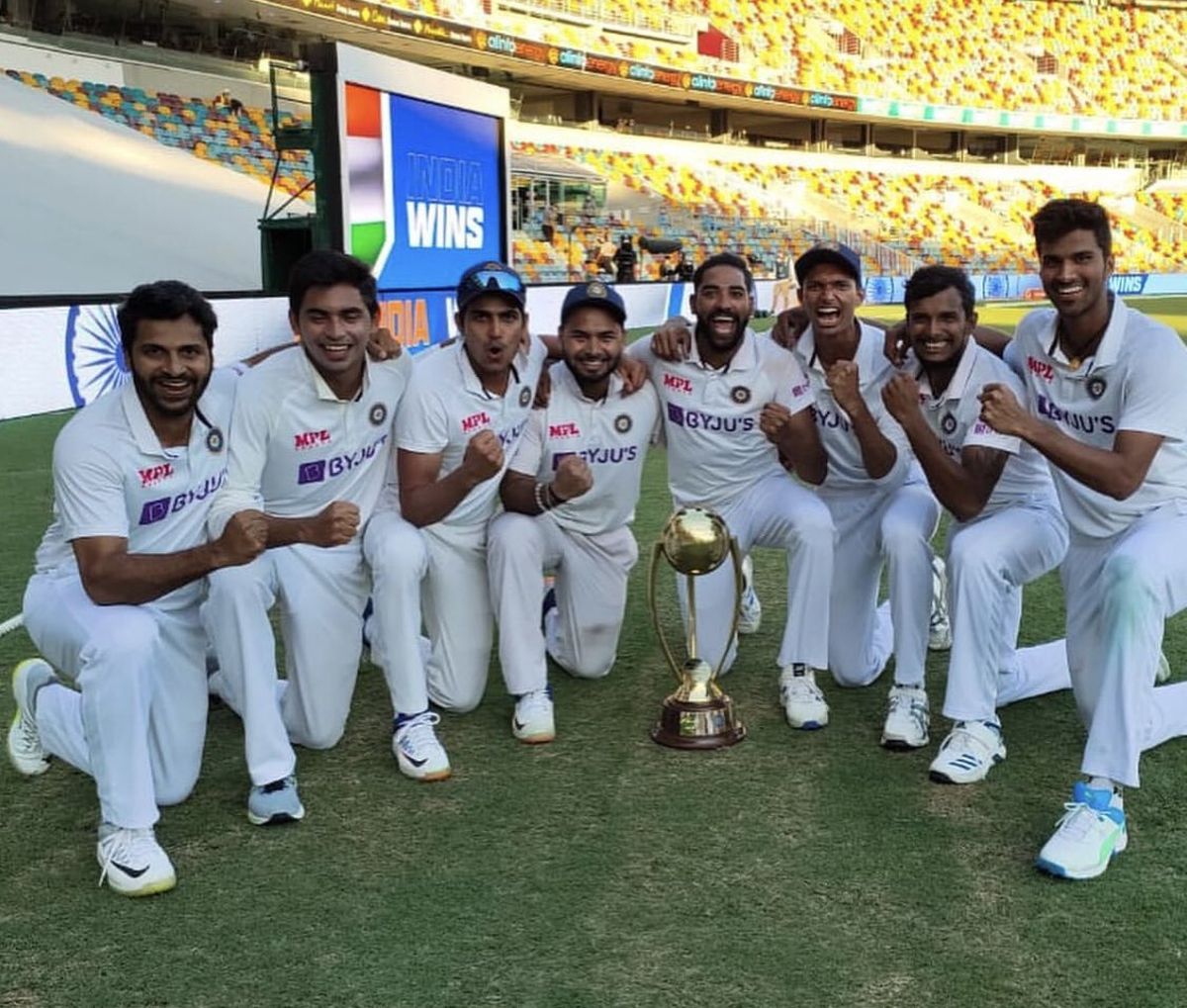 IMAGE: 'You have been an inspiration to me and 1.3 billion Indians to be positive and give our best and sincere efforts.' Photograph: Rishabh Pant/Twitter

Sunil Radhakrishnan: Adelaide - 36 all out - a historic unbelievable low.
Melbourne - the last recognised pair at 173/5.
Sydney - 94 behind on first innings, 407 to win, at 102/3 with another 305 runs to go, last recognized injured pair at 272/5 with 43 overs to go on last day.
Brisbane - Australia's Fort for 32 years, 1,013 wickts vs 13 wickets, 2 new batsmen (one debutant, the other one almost a debutant and never faced a fantastic bowling attack) in the first innings at 186/6 with Pant dismissed, fourth innings target of 328 on a fifth day pitch with cracks and potentially variable bounce where 236 was the highest fourth innings total chased 70 years ago, lunch at 83/1 on fifth day and Winviz forecasting 1% India win and 70% draw.
Not even mentioning the loss of key players for various injuries or personal reasons.
And what do we get... every Test session like a T20 game with its twists and turns.
Punches and counterpunches.
Bowlers steaming in at 140 kph and bouncing it into bodies and helmets.
An amazing India win for ages to rival 2005 Ashes and 2001 India Aus series.
Wow! A cliff-hanger and edge of seat entertainment that is the best advertisement for Test Cricket.
Breathless, absolutely Breathless. Jan 19, 2021.
Team India - You just added 10 years to my life.

Ashish Mehta: The world must agree with Aussie coach that `Test Cricket' won. Mother of all formats, this TEST SERIES imbibed varied factors (including non-cricket ones)…
From India’s lowest Test score (Cricket is by chance) to the policy issue of paternity leave (Cricket is just another sport…or Might is Right)…
From the slowest fifty by Pujara (The Hero) to cheeky shots by Pant (Another Hero) on last day of the series….From BIO-BUBBLE to TOO MUCH IPL…..
This series was a faest for Cricket lovers across the globe….
It is a matter of pride for all INDIANs to hear Head Coach that VIRAT (the FIGHTER) has been with the team (in all the team-members)...
Many congratulations to the resilient team India along with the support staff for all the contributions they made cross-border in putting up this historic win….and ..to all those who got injured or went back, paving ways for record debuts.

My MEN of the series are Mr. T. Natarajan (THE PROUD FATHER) and Mr. Shubhman Gill, without taking away due credits to the die-hard DUAL efforts put in by Mr. Ashwin and Mr. Vihari like warriors (in third Test); Mr. Washington Sundar and Mr. Shardul Thakur and the laborious efforts put in by the bowlers in the whole series…including the injured Sir Jadeja...In fact, it cannot be anything less than A JOINT TEAM EFFORT lead by silent and aggressive Mr. Ajinkya Rahane.

Many congratulations to Umesh too…. LAXMI baras rahee hai….

Shankar Banavasi: Dear Team India, Heartiest congratulations to your greatest and best performance against Australia. You have shown the never-say-die attitude, tons of positivity under severe stress and adversity. You have been an inspiration to me and 1.3 billion Indians to be positive and give our best and sincere efforts. Thank you.

Debakanta Nanda: That’s magical...A young India under Jinx has beaten Australia in Australia...wow… We should give credit to these lion-hearted players but not to forget the man who made them to be fit and deliver at this level...Rahul Dravid...a silent performer  a visionary...Actually it’s his team who own.

Sundaram Narayanan Iyer: Battles are lost, but War is won. Congrats India, we are always proud of you, you came from behind to win a War which everyone thought we had lost. Great show and keep our flag flying. Mera Bharath Mahaan.

Virendra Singh: Fighters we are and the world is recognising it now. Well done boys

Shripad Kalgaonkar: It's not victory it's conquering.

Prof. Prashant Mamarde: Hearty congratulations to the Bharatiya Cricket Team for their Historical series win against the Best Cricket Team in the world – Australia. This will certainly boost the morale of the Bharatiya Youth and definitely help to win more medals in other games too at international level. Jai hind.

R Madhu Mohan: Astonishing win which we deserve it with India A team so this will be in our memory.

Ashim Ganguly: Congratulations to Team India! Incredible achievement! Fought like a wounded tiger...feeling so proud to be part of this incredible event …

Nikhil Shah: Marvellous & unprecedented win. Hats off to the entire Cricket System & BCCI on the investment. Wish to see such more victories overseas. Keep up the good work & all the best for the bright future of our national cricket team in coming decades. 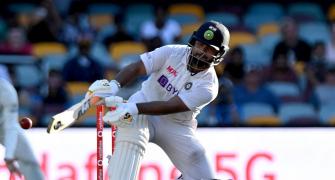 Pant is an exceptional talent: Smith 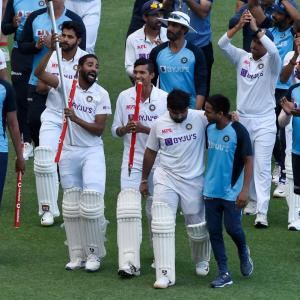