IMAGE: Bas de Leede of The Netherlands comes off the field after being struck by a delivery from Haris Rauf. Photograph: Paul Kane/Getty Images

Pakistan trounced The Netherlands by six wickets on Sunday, bouncing back to register their first win of the tournament after consecutive last-ball defeats against Zimbabwe and India.

In the sixth over of the Dutch innings, Pakistan pacer Haris Rauf delivered a nasty bouncer, which hit batter Bas de Leede on the helmet.

The Pakistan cricketers immediately rushed to check on de Leede. There was bleeding after de Leede's face was cut from being hit on the helmet's grill, and he had to depart for the dugout. 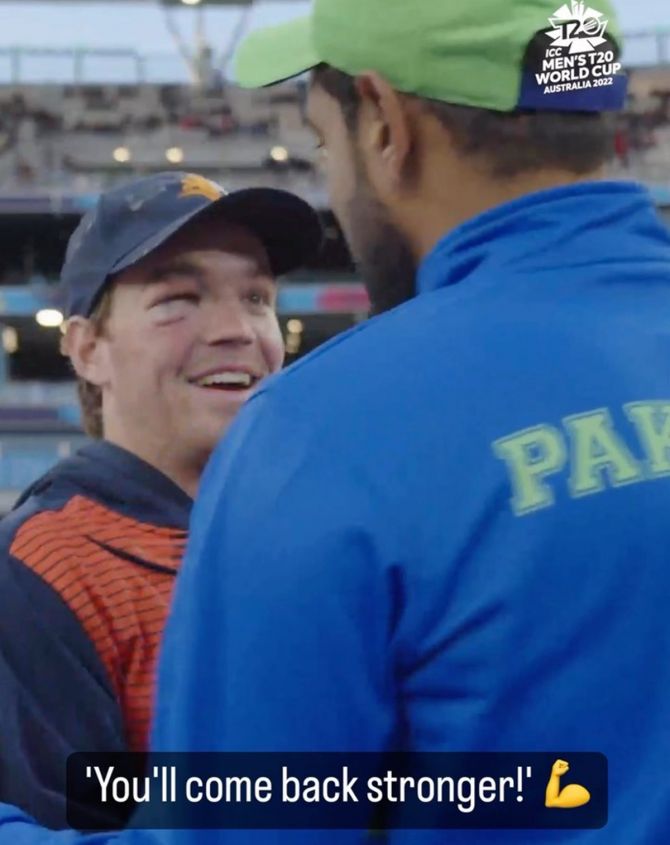 After the game, Rauf went up to de Leede, whose wound was stitched up, hugged him, saying, 'You will come back stronger.' 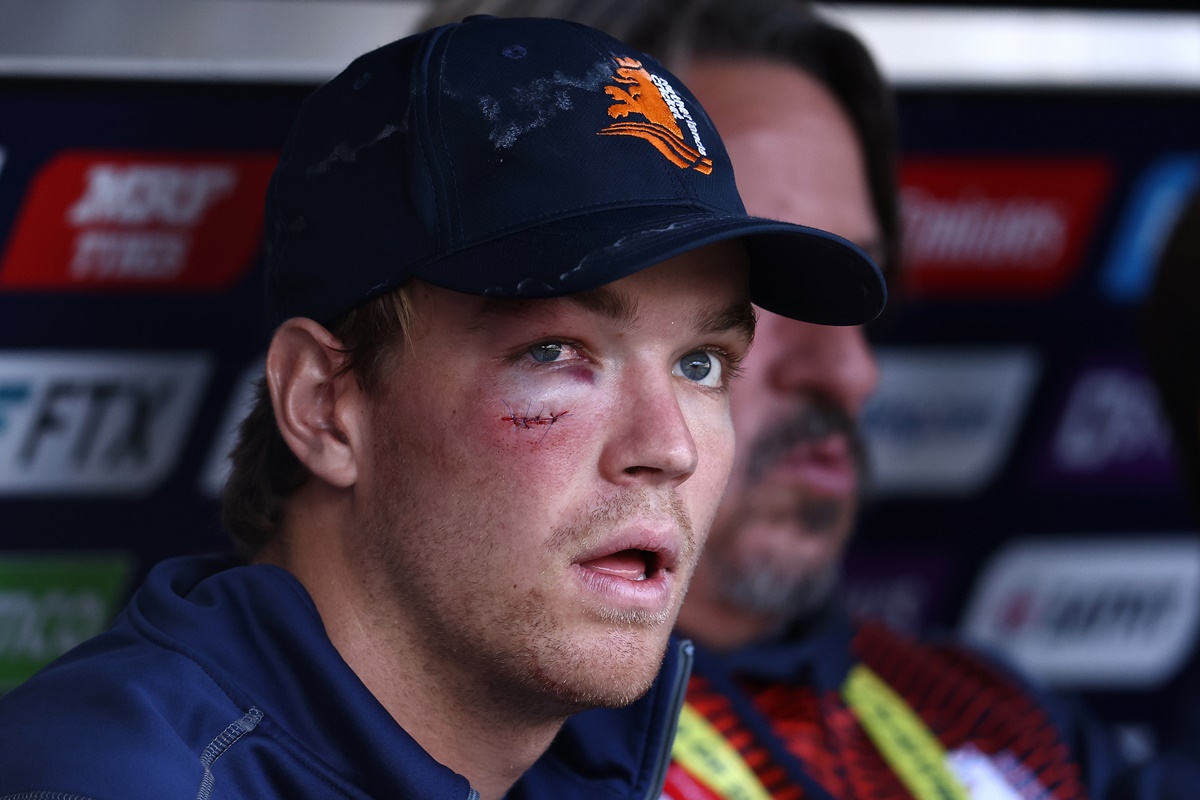 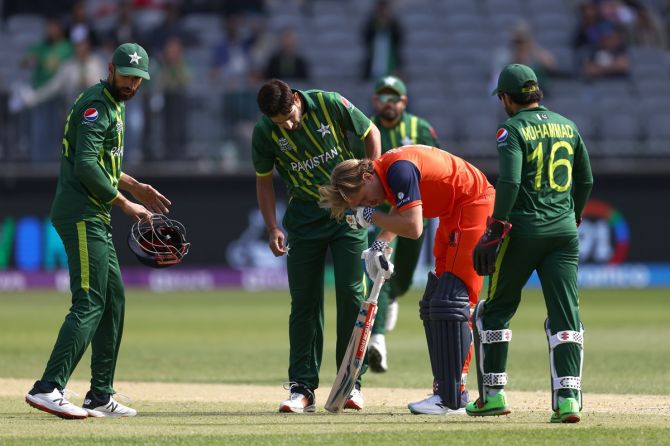 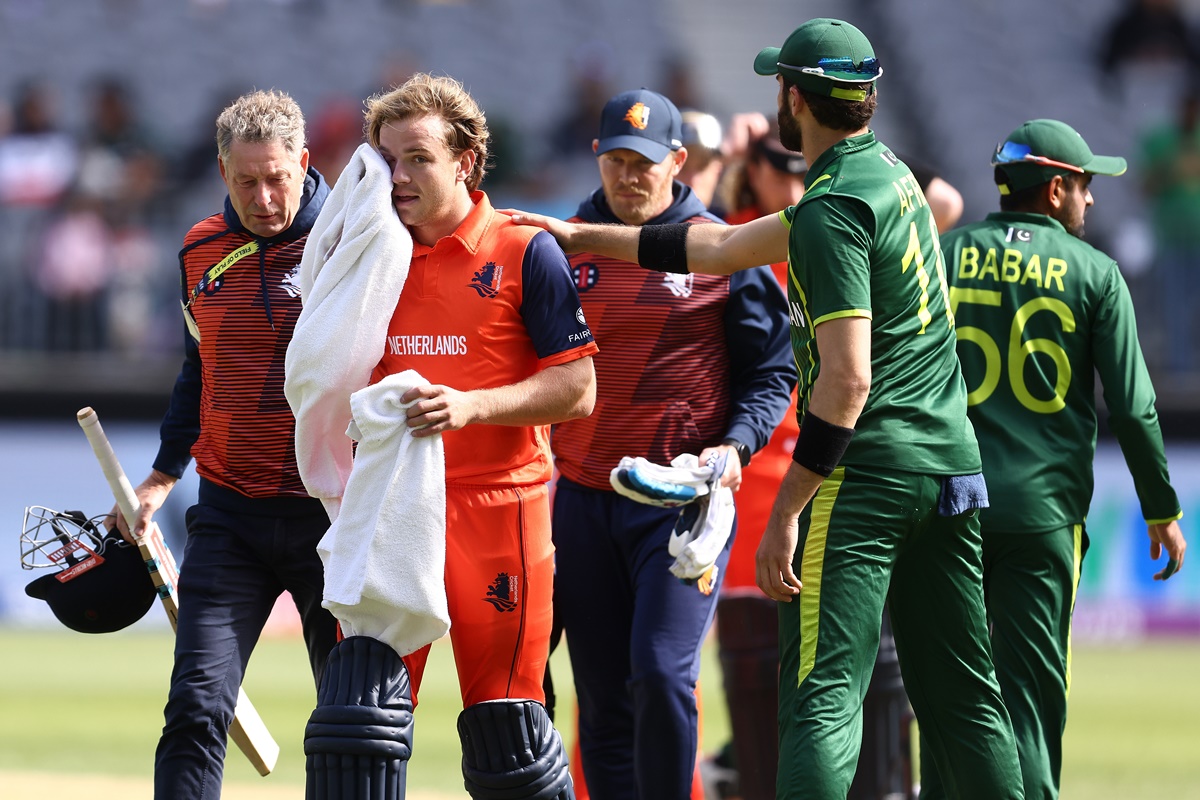 Why Bangladesh was asked to replay final delivery 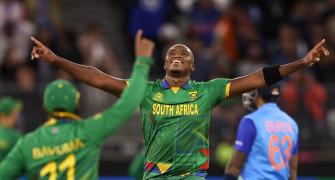 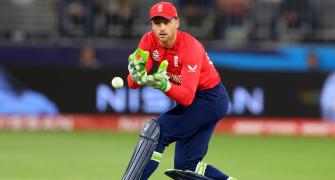 Why playing last in group stage can benefit England... 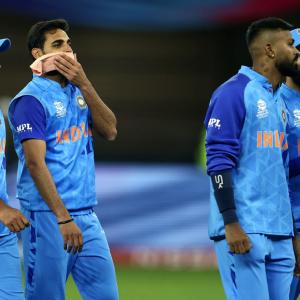 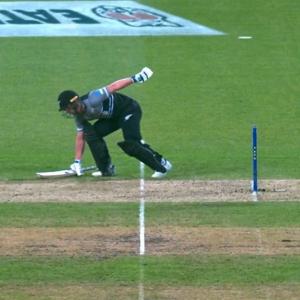