News
Business
Movies
Sports
Cricket
Get Ahead
Money Tips
Shopping
Sign in  |  Create a Rediffmail account
Rediff.com  » Cricket » What India Must Do To Enter Semis 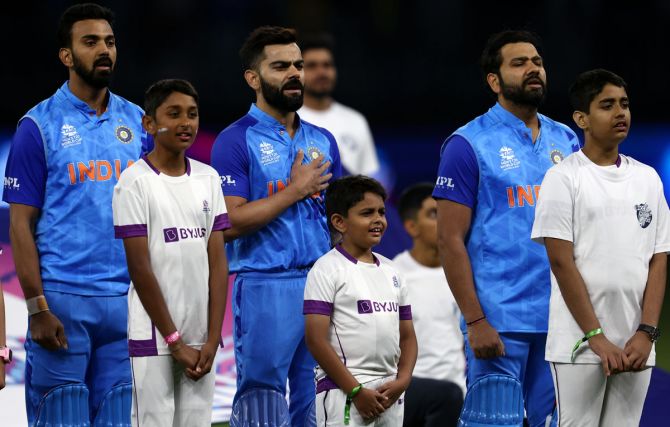 IMAGE: Could India still make it to the semi-finals if they lose to Zimbabwe on Sunday? Photograph: Paul Kane/Getty Images

Pakistan's 33-run victory against South Africa in the rain-hit match in Sydney on Thursday has not only kept their hopes alive, but it has put four teams in the running for a place in the semi-finals.

South Africa could have sealed a spot in the last four if they had won the match instead they face a must-win game against The Netherlands to advance.

India face a much straightforward task against Zimbabwe, while Pakistan and Bangladesh will rely on other results to progress.

It is important to remember that when teams are level on points and have the same number of wins, then the team with the higher net run rate will be ranked higher.

However, if two teams are on the same number of points, then the number of wins in the group stages will come into the picture ahead of the net run rate.

A look at the possible scenarios in Group 2:

India, who have three wins from four games, are the best positioned from the group to make it to the semi-finals.

Their fate is in their hands as they only need to beat Zimbabwe in their final match on Sunday to go through as group winners or could also progress if the match is abandoned because of rain.

Even if India lose to Zimbabwe, they could progress if Pakistan lose to Bangladesh or South Africa lose to The Netherlands or if the match is abandoned.

Another scenario is if India lose to Zimbabwe and Pakistan beat Bangladesh and South Africa's match against The Netherlands is washed out, then the three teams will be level on six points each.

In that case India and Pakistan go through, as the teams with more wins will be ranked higher.

With the weather playing a big part during the World Cup, it is important to remember that even if India's match against Zimbabwe is washed out they would still go through.

After a slow start, Pakistan look like the team to watch out for.

Pakistan, who started the tournament with back to back losses against India and Zimbabwe, have bounced back well with convincing wins against The Netherlands and South Africa to stay in the running.

They need to beat Bangladesh in their final match and hope that either India lose to Zimbabwe or South Africa go down to The Netherlands or the match is washed out.

If India lose to Zimbabwe and if Pakistan beat Bangladesh, both teams could finish on six points each, but the latter would go through on the net run rate.

Another scenario for Pakistan is if they win against Bangladesh and South Africa's last match against The Netherlands is washed out.

In that case, they will be level on points with South Africa, but will go through ahead of the Proteas with more wins as they will then have three wins as compared to the Proteas' two.

South Africa with five points from four games face a straightforward task of getting past The Netherlands to advance to the semis.

If they lose, then they could be overtaken by the winner of the match between Pakistan and Bangladesh.

South Africa were unlucky that they missed out on a deserved point when their opening match against Zimbabwe was washed out after being on the verge of victory.

They won successive games against Bangladesh and India before they suffered a 33-run defeat in a rain-hit match against Pakistan.

Bangladesh have a very slim chance of making it to the semi-finals.

Their only hope rests with The Netherlands pulling off an upset against South Africa or the match getting washed out.

Bangladesh will need to get past an all-fired up Pakistan, who have bounced back well after a slow start. 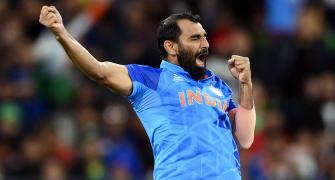 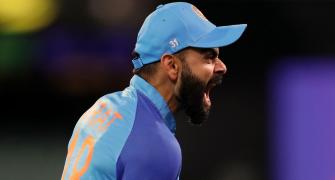 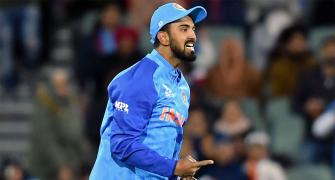 Babar proud of his match-winners as Pak stay in hunt