We should let it hurt: England skip on Ireland loss

'They outplayed us in all three facets of the game. The better team won today' England captain Jos Buttler refused to blame the rain for the shock loss to Ireland at the T20 World Cup on Wednesday and demanded his team feel the 'hurt' before rebounding for the crunch match against champions Australia.

A rain shower brought a premature end to the clash at the Melbourne Cricket Ground, with England left stranded at 105 for five, five runs short of the Duckworth-Lewis par score with five overs left to bat in their chase of Ireland's 158.

The loss left England on thin ice ahead of Friday's virtual knock-out clash against Australia at the same venue, and Buttler said England had only themselves to blame after being outplayed by the Irish.

"They outplayed us in all three facets of the game. The better team won today," he said.

"Everything was in our favour, winning the toss and electing to field knowing there was weather around. We didn't take advantage of that."

Despite rain clouds gathering during their chase, England were unhurried until Moeen Ali, unbeaten on 24 off 12 balls, came in to throw the bat around.

"I think we should let it hurt, to be honest," said Buttler.

"Days like today are really, really disappointing and you've got to feel that."

"We have got to reflect and we have to do it quickly with another game very soon, but today should hurt."

Buttler said England would be able to leave the disappointment behind and lift themselves for the high-stakes game against the hosts.

"I expect a reaction from the team," he said.

"There's a lot of experienced cricketers in our dressing room who will have been set back at certain times in their career."

"So guys certainly know how to deal with the emotions of great disappointment like today." India not taking foot off pedal against Netherlands 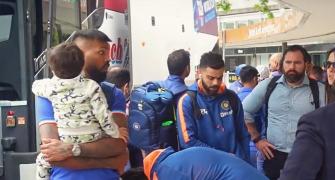 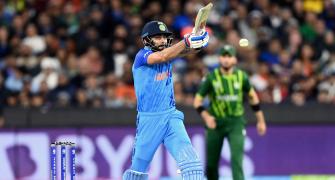 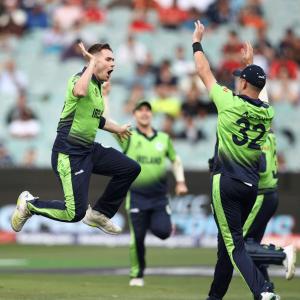