News
Business
Movies
Sports
Cricket
Get Ahead
Money Tips
Shopping
Sign in  |  Create a Rediffmail account
Rediff.com  » Cricket » Is It Cricket Or Rugby?

If you thought Rohit Sharma and Virat Kohli only had passionate fans in India, think again.

A young fan ran onto the field during the T20 World Cup game between India and Zimbabwe at the Melbourne Cricket Ground on Sunday, November 6, 2022.

Check out what happened as captured by Quinn Rooney for Getty Images. 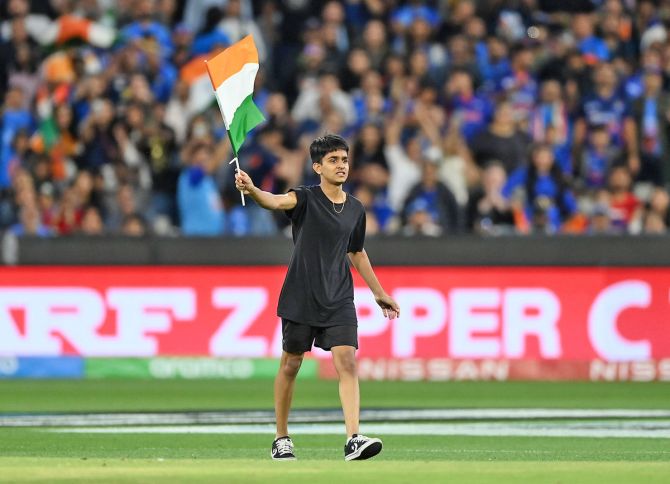 IMAGE: The young lad runs onto the field. All photographs: Quinn Rooney/Getty Images 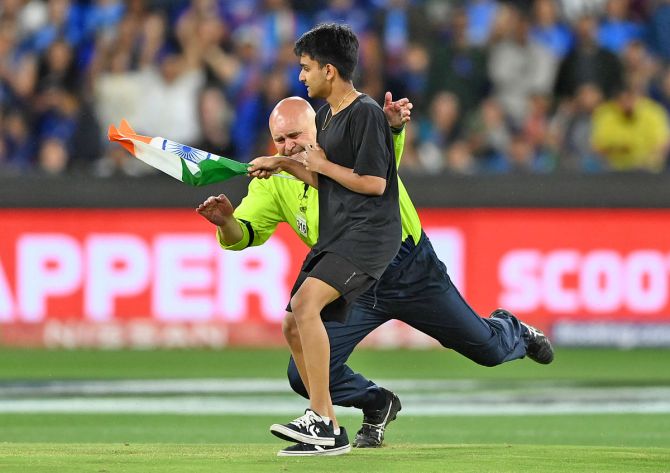 IMAGE: Security brings him down in a tackle that would be worthy of the folks playing the Rugby League World Cup here and below... 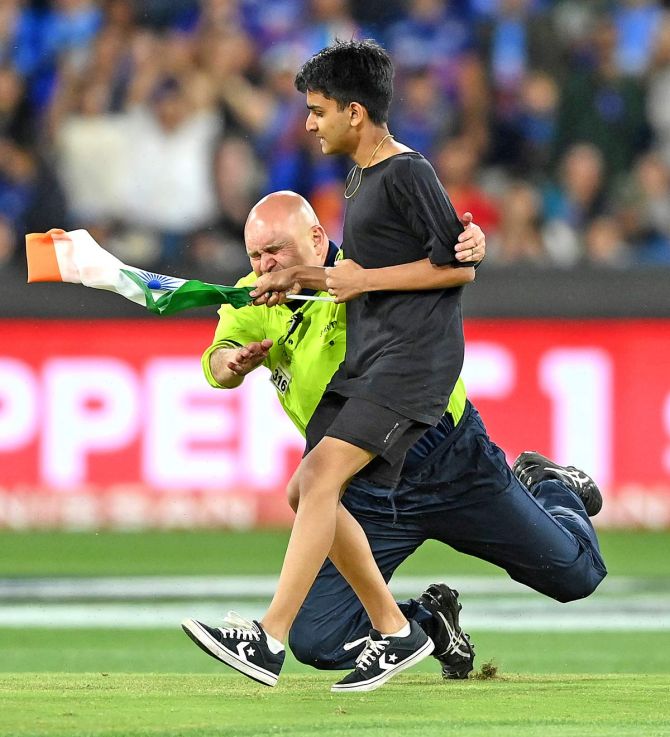 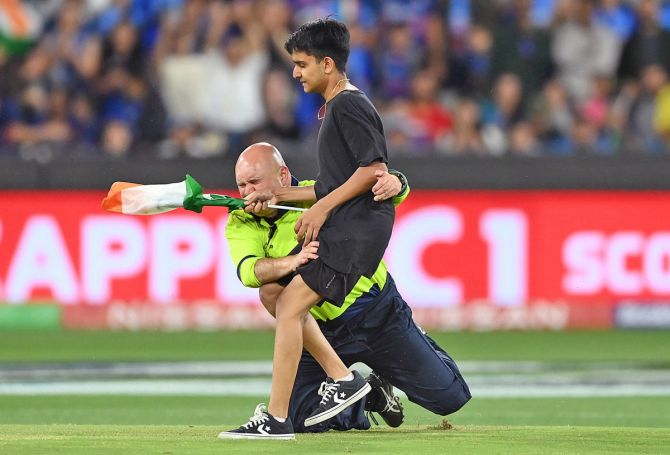 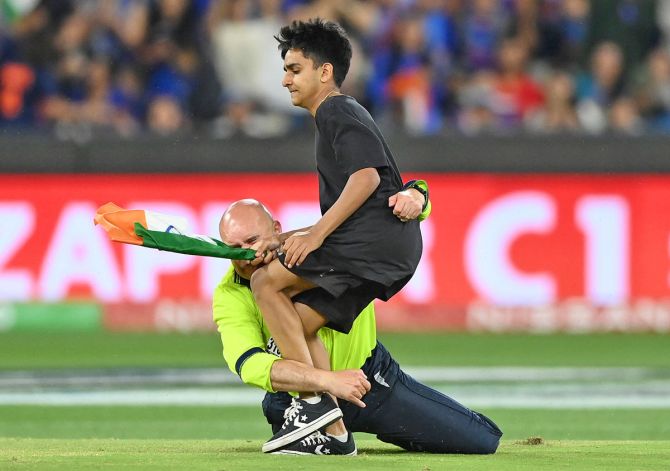 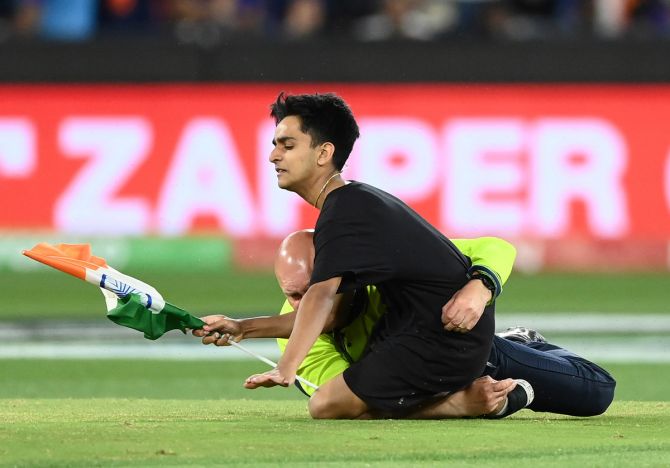 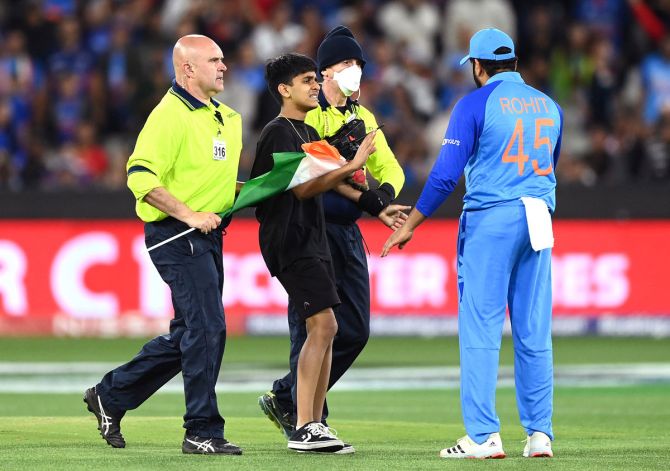 IMAGE: The young lad is in tears as he is taken away by security. Hope Ro said something sweet to him as he went past. 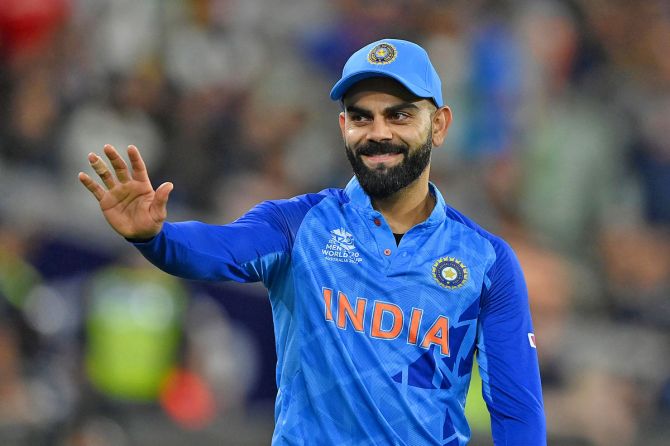 IMAGE: And we hope Virat's wave was meant for the kid too. 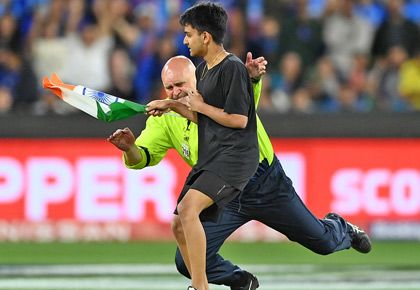 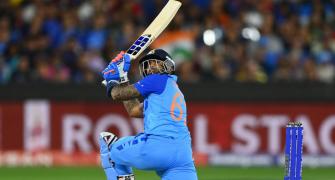 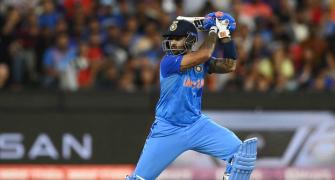 'Suryakumar has gone from strength to strength' 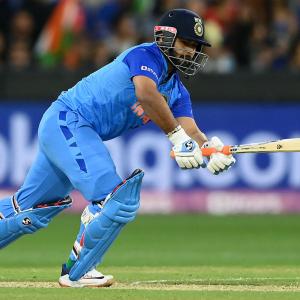 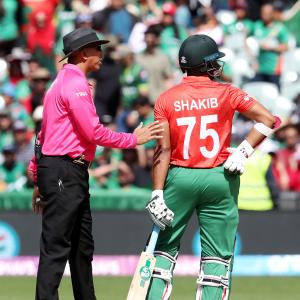 Why Shakib Refused To Leave Field