IMAGE: India ended their Super 12 campaign with a win over Zimbabwe and secured the top spot in Group 2. Photograph: ICC/Twitter

Pakistan joined India in the Twenty20 World Cup semi-finals on Sunday after South Africa crashed out of the tournament after a stunning defeat by the Netherlands.

Pakistan, who beat Bangladesh by five wickets at Adelaide Oval to advance, will meet New Zealand in the first semi-final in Sydney on Wednesday and India take on England a day later in Adelaide.

The final day of Group 2 action started with a bang as the brave Netherlands stormed to a 13-run win over Temba Bavuma's shell-shocked team, breathing new life into Pakistan's semi-final hopes.

It ended with India finishing top of the group and soaking up the cheers of a crowd of 82,507 at the Melbourne Cricket Ground with a 71-run demolition of Zimbabwe.

Babar Azam's Pakistan may celebrate the hardest among Sunday's winners, though, as the only team to reach the last four with two defeats.

For that they can thank the Netherlands, a bit-part player in global cricket who had to grind through the qualifying phase to reach the Super 12's.

Their top four batters all made runs, South Africa-born man-of-the-match Colin Ackermann chipping in an unbeaten 41 to power the Netherlands to 158 for four after they were put in to bat.

Other former South Africans hastened the Proteas' downfall, with Johannesburg-born paceman Brandon Glover taking 3-9 in a two-over burst to scythe through the middle order.

Former South Africa all-rounder Roelof van der Merwe took arguably the catch of the tournament to remove the dangerous David Miller for 17, scrambling back from short fine leg to snaffle the ball as he tumbled to the grass.

From there the Proteas crumbled to finish 145 for eight, blowing another chance to shed their long-held reputation as World Cup "chokers".

"We've got ourselves to blame, but yeah, I think our T20 side is in a good position," South Africa coach Mark Boucher told reporters.

"It's disappointing to have an exit like this with this particular squad because I believe we deserve better as a squad."

IMAGE: Against all odd, Pakistan have made it to the T20 World Cup semi-finals. Photograph: ICC/Twitter

The South Africa shock sealed India's place in the semi-finals and turned Pakistan and Bangladesh's match into a playoff for the final slot.

Bangladesh began well after captain Shakib Al Hasan elected to bat and were 70-1 at the halfway mark.

But Shadab Khan turned the match by dismissing Soumya Sarkar and Shakib in successive deliveries, and Bangladesh settled for a below-par 127 for eight despite opener Najmul Hossain's 54.

Pakistan openers Babar (25) and Mohammad Rizwan (32) made a cautious start before departing in successive overs.

Mohammad Haris produced a breezy 31 to calm nerves in the Pakistan camp as the 2009 champions won with 11 balls to spare.

Pakistan lost their opening Super 12 matches to India and Zimbabwe but paceman Shaheen Afridi felt they deserved their place in the last four.

"We did not get the results we wanted but there is no doubt that we have played good cricket," he said.

With the day's final match a dead rubber, India posted 186 for five after Rohit Sharma asked Zimbabwe to bowl first, with KL Rahul (51) and Suryakumar Yadav (61 not out) slogging seven sixes between them in a range-hitting clinic.

India's pacemen then routed Zimbabwe, who collapsed to 36 for five before being bowled out for 115 after 17.2 overs.

The final of the ICC World T20 2022 will be contested at the Melbourne Cricket Ground (MCG) on Sunday. 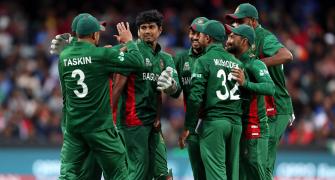 ''Fake fielding' not an excuse for loss against India' 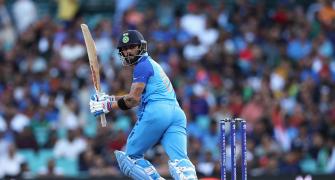 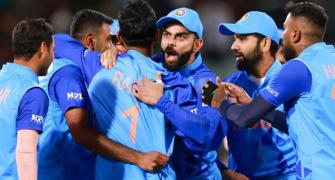 'We Believe Till The End' 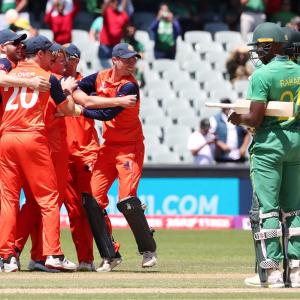 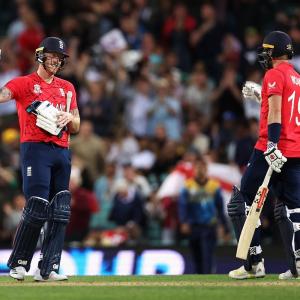