Rohit wants more from his players even after convincing win

India captain Rohit Sharma on Tuesday lauded his bowlers after India 67-run win against Sri Lanka in the opening ODI in Guwahati but he added that India still need to work on a few areas.

Riding on Virat Kohli's 73rd international hundred, and half-centuries from Rohit and Shubman Gill, India posted an imposing 373 for seven after being asked to bat first.

Sri Lanka were never in the hunt after losing half their side for 161, but Shanaka (108 not out off 88 balls) stood tall amid the ruins with his fighting knock.

After the batters' fine performances, speed merchants Umran Malik (3/57) and Mohammed Siraj (2/30) put the icing on the cake in a lopsided game, though Rohit said India could have bowled better as a team.

"We started off really well and to get that total was a great effort from all the batters. The platform was set to come out and play freely. I thought we could've bowled slightly better, but don't want to be too critical of it although the dew was not so much.

"We bowled well as a unit and if you want to win games like this, everyone has to come to the party.

There are some areas we need to look at as a group and again it's a team sport."

Man of the Match Kohli, who struck 12 fours and a six in his 87-ball 113, said one has to play every game as if it is his last outing.

"I don't think there was anything different. My preparation and intent always remain the same. I thought I was hitting the ball nicely. It was close to the template I play with, I understood we needed an extra 25-30 runs," Kohli said.

"I tried to understand the conditions in the second half. Tried to get a comfortable total for us on the board. The one thing I learnt was desperation doesn't get you anywhere. You do not need to complicate things. You go out there and play without any fear, I can't hold on to things.

"You have to play for the right reasons and almost play every game like it's your last and just be happy about it. The game is going to move on. I am not going to play forever, I am in a happy space and enjoying my time playing."

Thanks to their skipper's knock, the Sri Lankans ended at 306 for eight in 50 overs. Shanaka said his new ball bowlers were not up to the mark.

"I think the start their openers gave, we didn't use the new ball well, unlike their bowlers who got it to swing. We did have a plan, but the bowler's didn't execute the basics right," Shanaka said.

"We didn't use variations during the first 10 overs. (With the bat) I think I'm doing the basics well, I think I should bat higher in the T20Is, but the team needs me to bat at 6 with Bhanuka at 5." 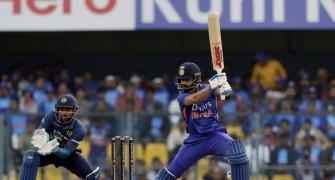 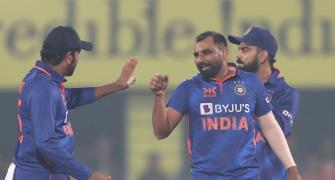 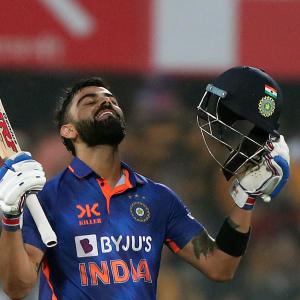 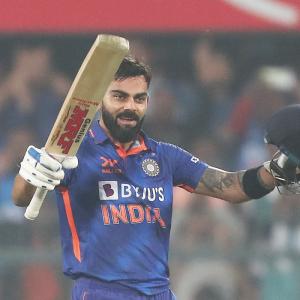