Rohit, Ishant out of Australia tour; Siraj picked for Tests 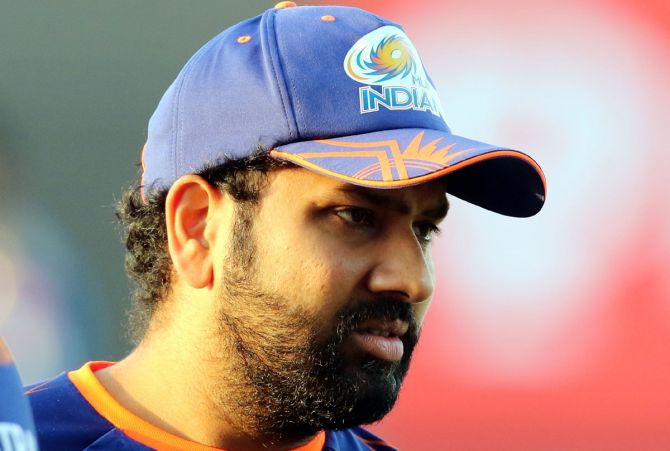 IMAGE: Rohit Sharma sustained a hamstring injury during the IPL match against Kings XI Punjab on October 18 and is expected to be out of action for a few weeks. Photograph: BCCI/IPL

Rohit Sharma and Ishant Sharma will miss the upcoming tour of Australia because of injuries, while Mohammed Siraj received his maiden call-up to the Indian Test team.

The Mumbai opener and Delhi fast bowler were not named in any of India's squads -- Test, ODI and T20I -- for the Australia tour.

Rohit sustained a left leg hamstring strain during the IPL match against Kings XI Punjab on October 18, which saw him miss the last couple of matches for Mumbai Indians, while Delhi Capitals pacer Ishant was ruled out of the IPL after a rib-cage injury.

"The All-India Senior Selection Committee met via video-conference on Monday to select the Indian Cricket Team for the upcoming Tour of Australia. Team India will take part in three T20Is, three ODIs and four Test matches against Australia," read a statement from BCCI secretary Jay Shah on Monday.

"The BCCI Medical Team will continue to monitor the progress of Rohit Sharma and Ishant Sharma," it added. In Rohit's absence, Rahul was named vice-captain of the ODI and T20I teams, while being the first choice wicketkeeper. He also made a comeback to the Test team, as Shikhar Dhawan was included only in the limited-overs' team.

Youngsters Shubman Gill and Prithvi Shaw were picked for the Test squad.

Interestingly, Hardik Pandya, who returned to competitive cricket during the IPL after a long injury lay-off, was not picked for the Test series, as India have gone in with a five-man pace attack, which includes Jasprit Bumrah, Mohammed Shami, Umesh Yadav, Navdeep Saini and Siraj.

Rahul's Kings XI Punjab and Karnataka teammate Mayank Agarwal, consistent with the bat in the IPL, was named in all the three squads along with all-rounder Ravindra Jadeja.

Wicketkeeper Rishabh Pant is only part of the Test team along with Wriddhiman Saha, while Sanju Samson is the back-up wicketkeeper in T20s, but the ODI team has only one keeping option in Rahul.

Kolkata Knight Riders leg-spinner Varun Chakravarthy, who impressed in this year's IPL, got his maiden call-up for the three-match T20I series. 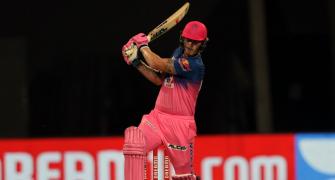