Defending champions Saurashtra will start their Ranji Trophy preparations with a training camp in Rajkot from the first week of November by strictly following all the state government and BCCI guidelines on COVID-19 pandemic.

The Ranji Trophy final between Saurashtra and Bengal in March was the last competitive game held in India before the COVID-19 outbreak brought cricketing activity to a grinding halt in the country.

Jaydev Shah, president of Saurashtra Cricket Association, said initially they are planning to have the camp with Rajkot-based cricketers at their Khandheri Stadium.

"Since the BCCI president Sourav Ganguly has said that the domestic cricket is likely to begin in January, we have decided to have a camp.

"Initially, we will call only the Rajkot-based cricketers and see how things go for a week. If all goes as planned, we will call our cricketers residing in other cities. There will be no compromise on players' safety and all government and BCCI SOP will be followed," Shah said on Tuesday.

The Saurashtra players will be tested for COVID-19 before they join the camp.

"We were having webinars for players all these months and they had been training on their own anyway," added Shah.

Saurashtra won their maiden Ranji Trophy title after beating Bengal in the final in March.

Cricket Association of Uttarakhand has organised a one-month training camp for its men's team in Dehradun from October 14 to November 14. The women's team camp also began last week and both camps are being held in a bio-bubble.

In Saurashtra's case, Rajkot-based players have been allowed to report to the stadium directly from their homes.

"There is no need for putting them up in a hotel since they are all based in the city. Considering the situation around the pandemic, we will leave it to the player to decide if he is comfortable in joining the camp.

"If things go smoothly initially, we will increase the camp's duration and call players from other centres," Shah added. 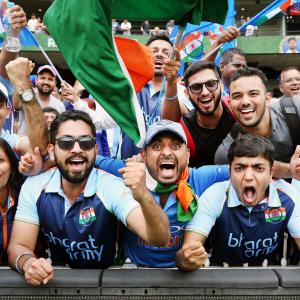