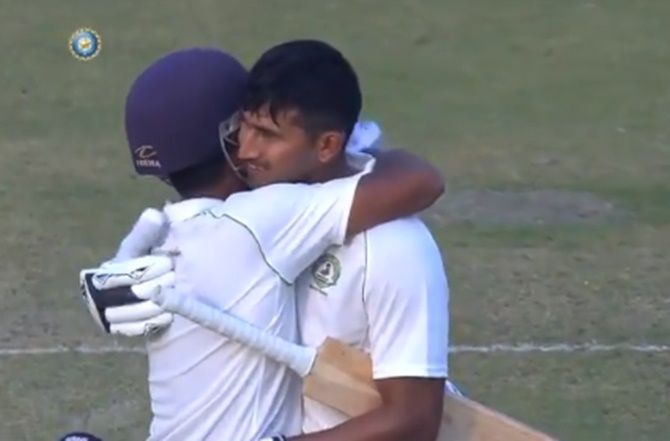 Skipper Sachin Baby grinded a listless Delhi attack to hit 155 as Kerala gained complete control, first by posting a mammoth 525 for 9 and then removing the two opposition openers, in Thumba, Kerala, on the second day of their Ranji Trophy group A campaign.

Left-hander Baby, carried on the good work done on the opening day by centurion Robin Uthappa and Ponnam Rahul (97), as his 274-ball knock had 13 hits to the fence.

His innings was the primary reason that Kerala went past the 500-run mark as a tired Delhi side lost both its openers -- Anuj Rawat cleaned by off-spinner Jalaj Saxena and Kunal Chandela (1) edging one to Mohammed Azharuddeen behind stumps off pacer Sandeep Warrier.

Skipper Dhruv Shorey and his deputy Nitish Rana were at the crease and the only other specialist batsman in the side is left-handed Jonty Sidhu.

Delhi will first look at a score of 376 to avoid follow-on and take it from thereon. However it looks an uphill task at the moment in the manner the match has panned out so far.

After looking pedestrian on opening day, Delhi bowling seemed to have found its mojo back for a brief period when Vishnu Vinod (5) and Azhar (15) were dismissed in quick succession reducing Kerala to 310 for 5.

Just when it seemed Delhi would do well to restrict the hosts under 375, Baby and Salman Nizar (77 off 144 balls) added 156 runs at a decent pace to gain the momentum.

Baby had 13 hits to the fence while Nizar hit nine fours and two sixes.

Once Nizar was out, Baby shielded the tail beautifully as another 31 invaluable runs were added with Karaparambil Monish (9) which took the score closer to 500.

Baby, who scored his sixth first-class hundred, was the eighth batsman out, bowled by all-rounder Lalit Yadav (2/47 in 21 overs) trying to up the ante.

Once the ninth wicket fell, Baby decided to declare, rightfully denying Delhi's shoddy bowling attack of getting the opposition all-out.

Hosts Haryana took control of its Ranji Trophy Group 'C' encounter against Maharashtra in Rohtak, reducing its opponent to 88 for 4 after making 401 in the first innings.

Resuming at 279 for 3 on the back of tons by opener Shubham Rohilla and middle-order batsman Shivam Chauhan, Haryana added 122 runs more even as the visiting bowlers stuck to their task and picked up wickets at regular intervals.

Rohilla moved from 105 to 142 but could not inspire his team to a bigger score. He was bowled by medium pacer Anupam Sanklecha (4 for 82), who had best figures for Maharashtra.

While medium-pacer Sanklecha took four wickets, left-arm spinner Satyajeet Bachhav finished with three wickets. When Maharashtra batted, Ashish Hooda (1 for 17) dealt a huge blow by having the in-form Ruturaj Gaikwad (7) caught by Ankit Kumar with the score on 26.

Swapnil Gugale (21) looked in good touch, before being dismissed by Tinu Kundu, who also went on scalp Rahul Tripathi (8).

The Haryana skipper Harshal Patel had earlier got Chirag Khurana (17) leg-before to ensure that the team gained control of the proceedings with Maharasthra trailing by 313 runs with six wickets in hand.

Mulani shines as Mumbai on verge of taking innings lead

Young Mumbai all-rounder Shams Mulani shone with both the bat and ball, even as the domestic giants are on the cusp of getting a first-innings lead in their opening Ranji Trophy game in Vadodara.

Mulani (89) heroics with the bat helped Mumbai post a decent 431 on the board after opting to bat on Monday.

Later, he grabbed a fifer to reduce Baroda to 301/9, giving hopes to his team of securing the crucial first innings lead.

For Baroda, opener Kedar Devdhar struck an unbeaten 154 but was devoid of partners as slow left-arm spinner Mulani spun his web around the opposition batsmen.

Earlier, resuming on their overnight score of 362/8, Mumbai added 69 runs to their tally, as their innings folded up at 431, thanks to Mulani.

Mulani, who was unbeaten on 56, added 33 runs to his score and eventually fell at 89.

It will be an uphill task for Baroda if they want to go past Mumbai's first innings total.

Manipur are closing in on a big victory against Mizoram in their Ranji Trophy Plate Group encounter needing only 67 runs to win with two days to go.

After talented left-arm seamer Rajkumar Rex Singh's superb 8 for 22 decimated Mizoram for 65 in the first innings, Manipur managed 289 in their first essay with a big lead of 224 runs. Rex after a good bowling effort got 65 along with opener Bonny Singh, who contributed 89. 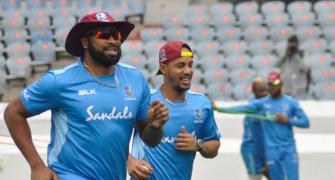 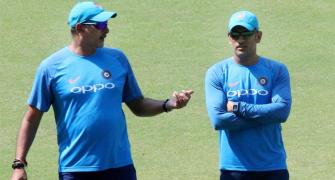 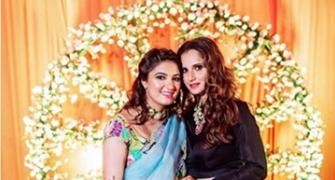 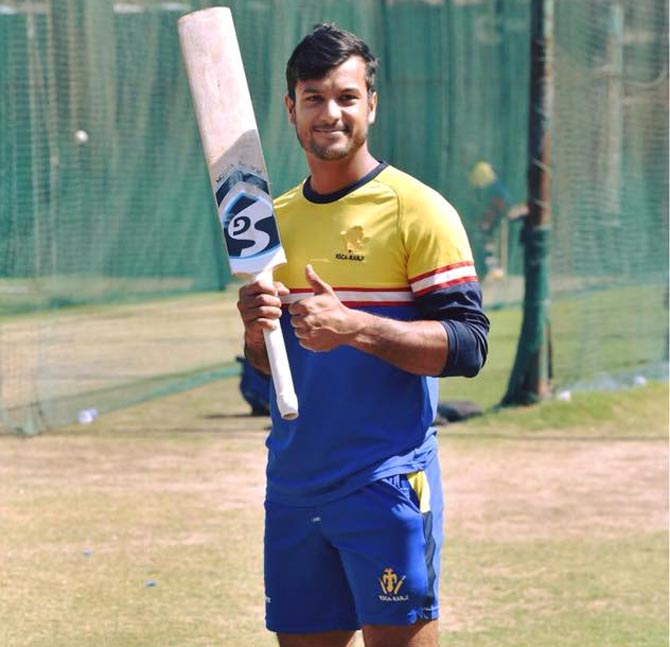 Mayank Agarwal likely to replace Dhawan in ODIs vs WI 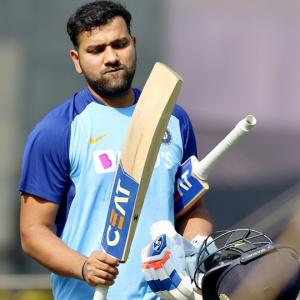