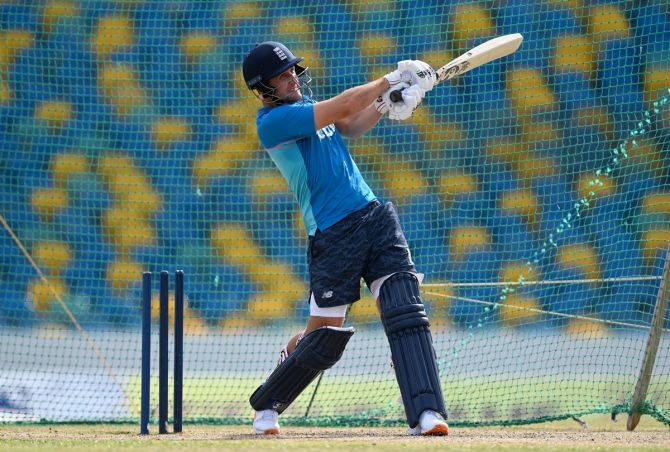 IMAGE: England's Liam Livingstone was the top buy in the first session on Day 2 of the TATA IPL Player Auction 2022, snapped up by Punjab Kings for Rs 11.50 crore. Photograph: Mark Metcalfe/Getty Images

Punjab Kings decided to break the bank and sign England's T20 specialist Liam Livingstone, paying a staggering Rs 11.50 crore for his services, while Mumbai Indians, on a leap of faith, paid a whopping Rs 8 crore for an injured Jofra Archer despite his unavailability for the 2022 edition of the Indian Premier League.

The 10 franchises went big on current India players and largely based their decision on the form of overseas players, with focus on fast bowlers. They did not care about reputations, as the likes of Steve Smith, Aaron Finch, Suresh Raina and Ishant Sharma found out.

Having roped in Livingstone, Punjab Kings also used its deep pockets to pick up West Indies all-rounder Odean Smith for Rs 6.5 crore. He was impressive in the recently-concluded ODI series against India.

Sunrisers weren't going to be left behind in a bidding frenzy, roping in Caribbean Premier League (CPL) sensation from the West Indies Romario Shepherd for Rs 7.75 crore because of his all-round skills.

Mumbai, Delhi look good in batting; not so in bowling

Having lost Kagiso Rabada on the first day to a rampaging Punjab Kings, Delhi invested Rs 5.25 crore on Khaleel Ahmed, who is known to leak runs in the slog overs, and Rs 4.20 crore on left-armer Sakariya, whose pace is limited to the 130s.

The duo cumulatively cost them Rs 9.45 crore, which is more than what Punjab paid for Rabada.

Similar for Mumbai Indians. Tymal Mills, despite his T20 exploits, has been a big flop in Indian conditions. He will team up with Jasprit Bumrah and Daniel Sims in absence of Archer for this year.

"So happy to have got him (Archer). So happy to have Jof and Boom making a lethal bowling attack although next year," declared Mumbai Indians owner Akash Ambani, confirming Archer indeed won't play this edition.

Mumbai Indians are looking at Archer being one of their legends in the space vacated by Lasith Malinga and staying on for the next five to six years and ready to sacrifice one year.

But their x-factor player certainly was Singapore international of Australian origin Tim David, who was bought for Rs 8 crore.

David, who has played for Royal Challengers Bangalore, is an all-rounder, but known more for his big-hitting abilities. He produced 19 sixes in seven games for Multan Sultans in the Pakistan Super League.

"Tim David is going to partner Kieron Pollard at number 5 and 6. Fortunately, he got a spell at RCB last year. So he has got experience of IPL."

Lucknow has best first XI, but not so great back-up

Manan Vohra isn't simply good enough, having failed in the IPL for ages now. But if their first eleven clicks, they are the team to watch out for. It is understood that Gautam Gambhir will speak to sworn enemies Krunal Pandya and Deepak Hooda to ensure harmony in the teams.

Hooda left his first-class team Baroda, alleging that Pandya senior had bullied him and threatened to destroy his career.

Rajasthan Royals, in terms of bowling talent, has the best resources with Ravichandran Ashwin and Yuzvendra Chahal as spinners along with Prasidh Krishna and Trent Boult, their first choice pacers.

With Navdeep Saini as back-up, the bowling attack looks good and so does the batting, where Jos Buttler, Sanju Samson, Shimron Hetmyer and Devdutt Padikkal pack quite a punch. The only weak link is lack of a genuine all-rounder.

Chennai Super Kings has a solid base

They have their core in place and Dhoni will perhaps depend on Adam Milne to do the job alongside Deepak Chahar, Dwayne Bravo and Ravindra Jadeja.

It would be interesting to note if Dhoni invests his time on young Under-19 pacer Rajvardhan Hangargekar and builds him as one for the future.

While Venkatesh Iyer is a sure-shot opener in the IPL, Ajinkya Rahane doesn't inspire the highest confidence and only Shreyas Iyer and Andre Russell look like game-changers in the middle-order.

While Nitish Rana cost them a fortune, his struggles against quality pace bowling and short-pitched stuff is well-documented even if he is slotted to open like last year.

Also, Sheldon Jackson, a dedicated domestic performer, does not have a lot of experience and KKR lost a bidding frenzy to Sunrisers Hyderabad, going for Nicholas Pooran (10.75 crore).

Finally, late in the day, they got Sam Billings for Rs 2 crore and the controversial but very talented Alex Hales for Rs 1.5 crore.

But both being foreign recruits, the choice of four overseas players becomes a tricky one in the absence of a good Indian wicketkeeper.

However, with Pat Cummins, Sunil Narine, Varun Chakravarthy and Shivam Mavi they have a good bowling attack. If Russell is fit to bowl, it just adds to the sting.

Nothing to shout about Gujarat Titans

The team that impressed least at the auction was Gujarat Titans and their planning for the auction, prepared by Director of Cricket Vikram Solanki, was not clear.

Till the last hour of the two-day auction, the Titans didn't have a keeper in its rolls. Finally, they grabbed Wriddhiman Saha for Rs 1.90 crore, beating Chennai Super Kings. They also bid for Matthew Wade for Rs 2.40 crore.

In their batting department, they have Shubman Gill, Jason Roy as only specialist batters, with skipper Hardik Pandya their most-experienced IPL player.

The only other player was Abhinav Manohar before they understood their desperation and went for David Miller, who fetched a cool Rs 3 crore after going unsold on first day.

It was therefore understandable that if Miller was so sought after, then why didn't he get picked in the first place.

In all, it was an IPL auction where most of the marquee buys showed a prudent approach from the franchises while some, like every year, defied logic. Livingstone, after a flop IPL, was one such buy. 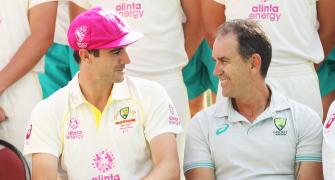 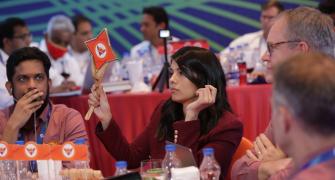 'Looking forward to an amazing journey with SRH'