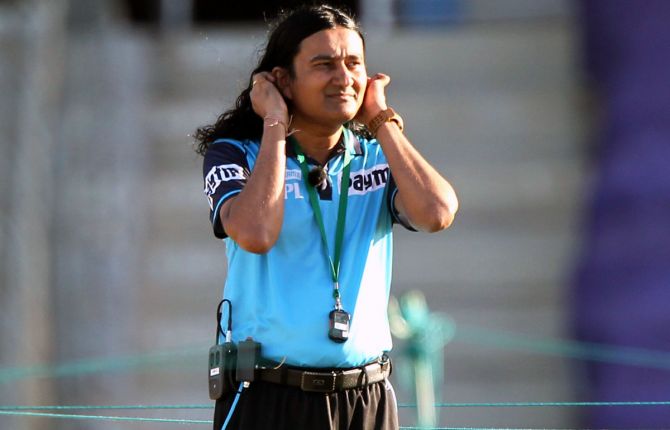 IMAGE: Umpire Paschim Pathak ahead of the start of the IPL game between the Chennai Super Kings and the Rajasthan Royals in Abu Dhabi on Monday, October 19, 2020. Photographs: BCCI/IPL

Umpire Paschim Pathak's swanky hairstyle has made him a hit on social media. 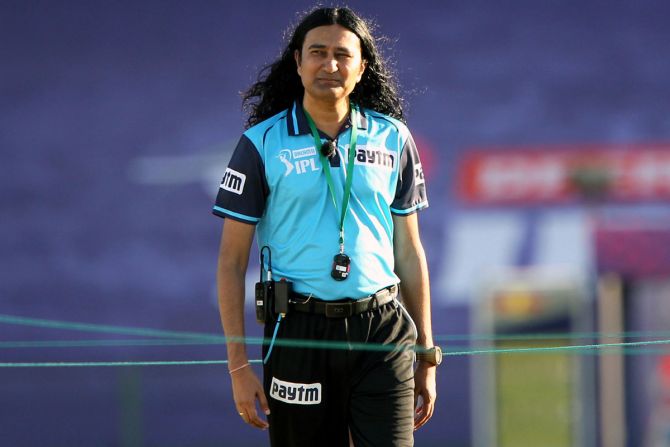 'Some serious locks on umpire Pashchim Pathak at the #IPL2020', tweeted Jack Mendel.

'I'll be not surprise if Pashchim Pathak (long haired umpire) starts singing Angel. I am like an Angel Mankind's Angel', tweeted Kashi. 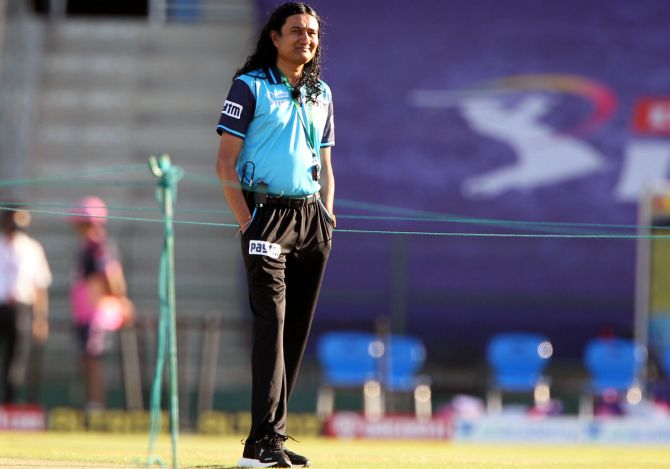 The 42 year old, who is part of the BCCI's panel of umpires, likes to stir the pot. During the Vijay Hazare Trophy one-day domestic tournament in 2015, PP wore a helmet! 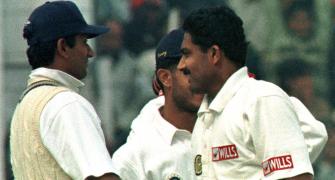 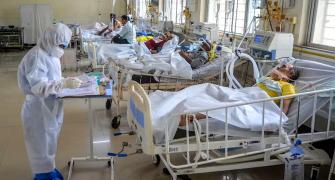 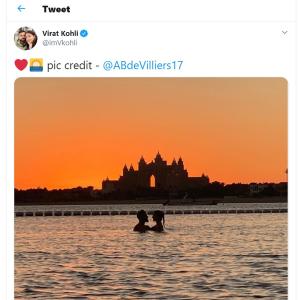